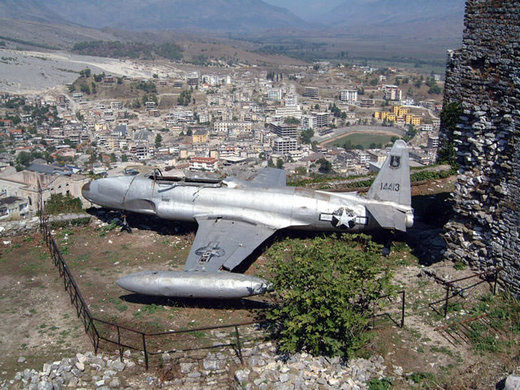 On the castle grounds, in the exterior park, Combat Vehicle The wreckage of a US T-33 which was forced to land at the Rinas airport in Tirana in December 1957 due to mechanical problems. This plane has been exhibited as a "spy-plane" at various locations since that time.

This is the remains of a United States Air Force two-seat Lockheed T-33 "Shooting Star" jet trainer. The T-33 made its first flight in March 1948 and was used by the US Navy as a land-based trainer from 1949. A total of 6,557 "Shooting Stars" were manufactured. This aeroplane was forced to land at Rinas Airport, near Tirana in December 1957, after developing technical problems and flying off-course. The pilot was returned to the United States a short time later. The plane was brought to Gjirookastra in 1969 and exhibited in the National Museum of Armaments as a "spy-plane". This proud trophy of the Cold War was made a symbol of the external threat which the communist leadership maintained was attempting to destabilise and overthrow socialism in Albania. The Albanian People's Army Air Force (Forcat Ushtarake Ajore Shqiptare), formed in 1951, operated a variety of combat planes supplied by the Soviet Union and China. Several Squadrons of MiG-15s were in service as well as Yak-9 fighters. In the 1960s the Chinese supplied the Shenyang F-6 and Chengdu F-7A, both copies of Soviet MiG designs. 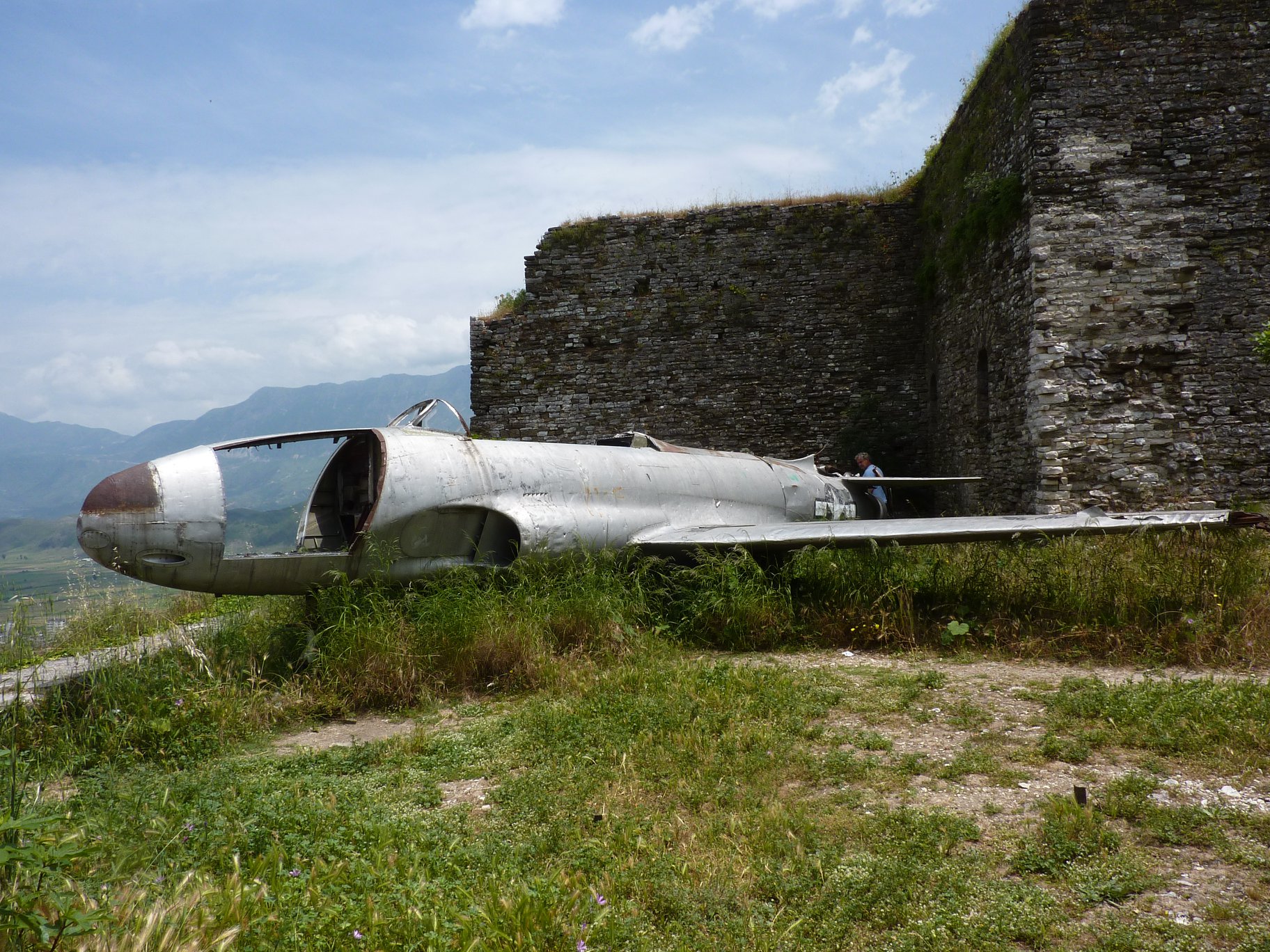 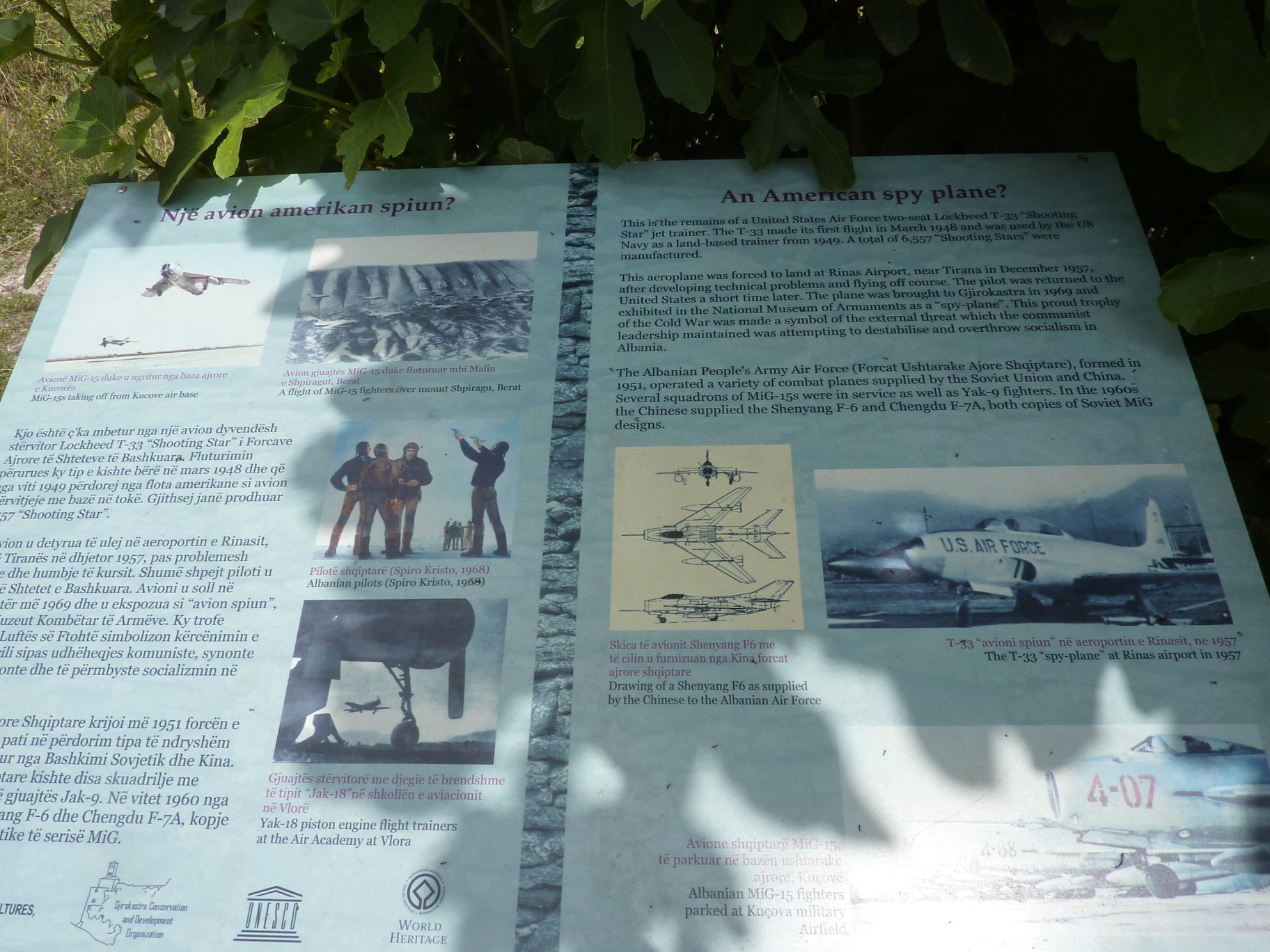