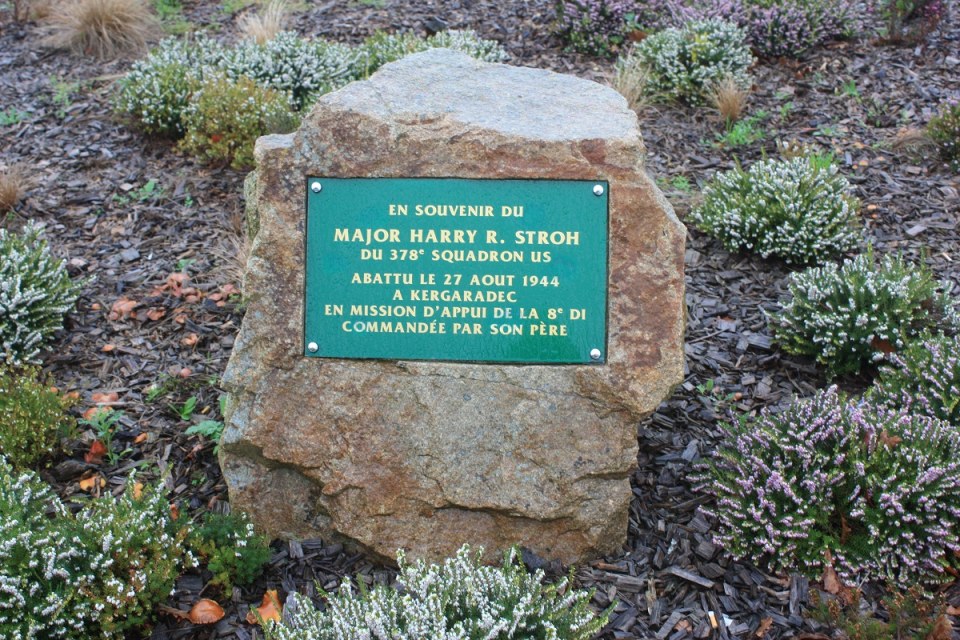 In the small planted area bordering the traffic circle; Between the sidewalk and the street. Marker

A rough fieldstone on which is mounted a green plaque with French text, dedicated in 2013.
Major Harry R. Stroh, a P-47 Pilot in the 378th Fighter Squadron, 362nd Fighter Group of the 9th US Air Force, was killed while conducting a ground support combat air mission for the 8th Infantry Division.  Major Stroh's father, Major General Donald Stroh, was the Commander of the 8th Infantry Division during this assault. 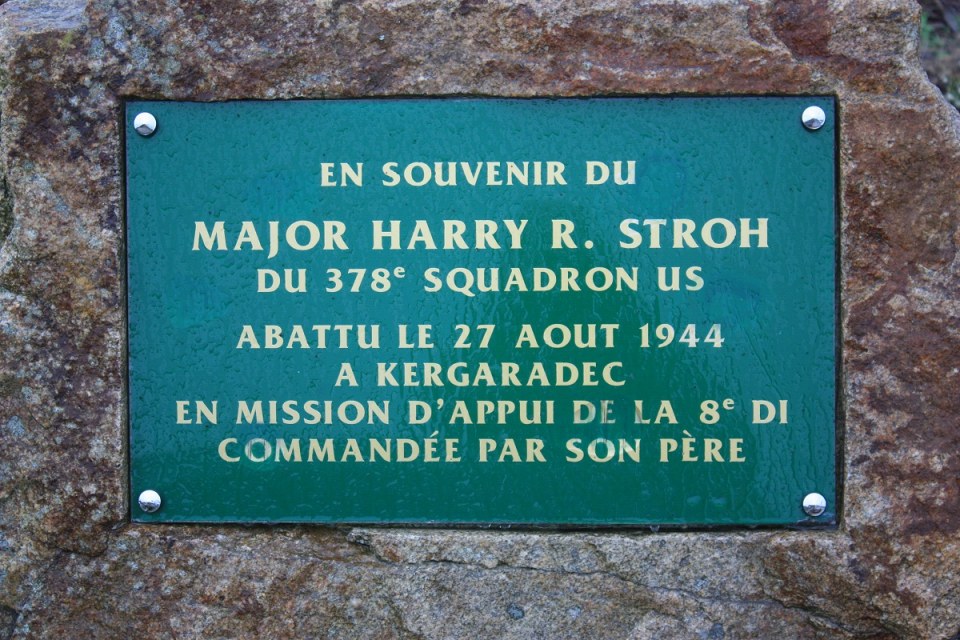 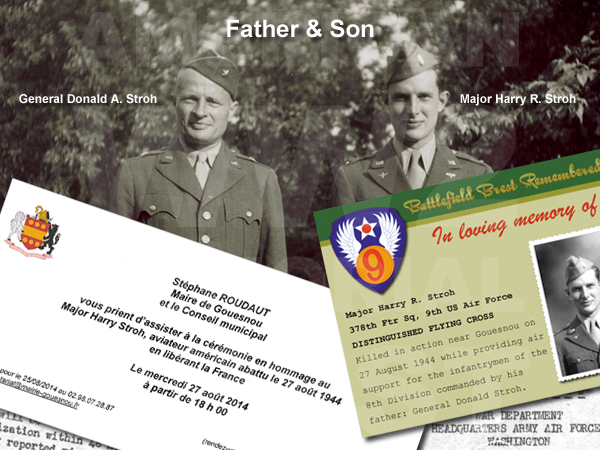 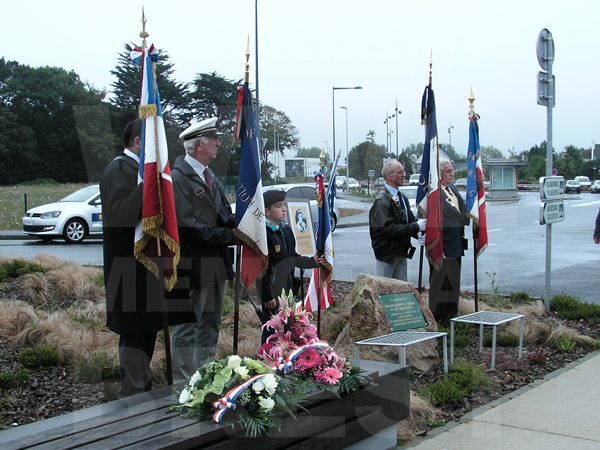