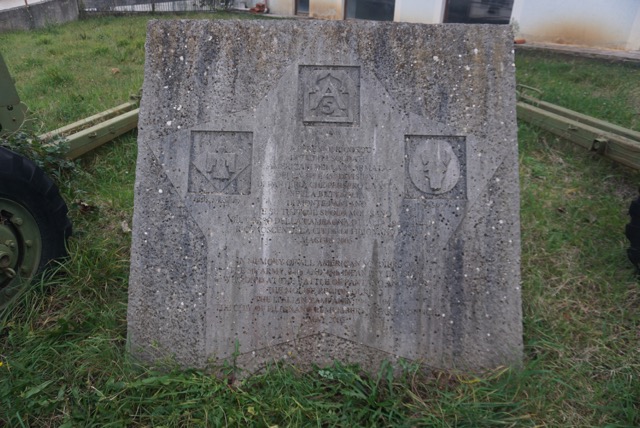 On the grounds in front of the former Military Museum, now an unused community building.

The memorial is an inscribed concrete marker mounted on a boulder placed between two 57mm Anti-Tank guns facing Monte Pantano. The marker is about 3ft by 3ft.

The marker remembers the sacrifice of the soldiers of the 5thArmy – more specifically 34thand 45thInfantry Divisions that fought in this are in late 1943 and early 1944.  Near this monument the unites of the 5thArmy fought through the Winter Line.  The 34th Division fought to take Monte Pantano and the 45thfought to take Hill 769.

Three soldiers of the 100thBattalion (Part of the 442ndInfantry Regiment) which was attached to the 34thInfantry Division, won the Medal of Honor fighting near the town of Cerasoulo on 29/30 November 1943.The soldiers were PVT Mikio Hasemoto; PVT Shizuya Hayashi; and SGT Allan Ohata.

The text is written in both Italian and English with the symbols of the 34thand 45thDivisions and the Fifth Army.

IN MEMORY OF ALL AMERICAN SOLDIERS OF

WHO DIED AT THE BATTLE OF MONTE PANTANO AND OVER

THE CITY OF FILIGNANO REMEMBERS THEIR SACRIFICE 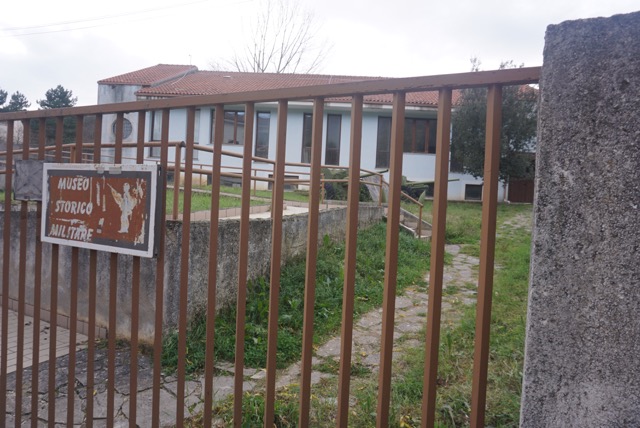 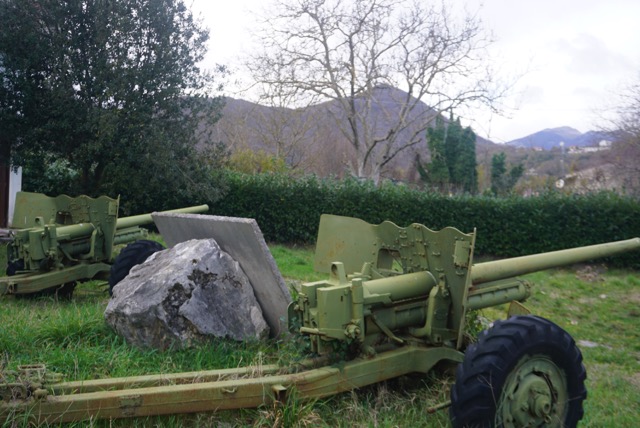 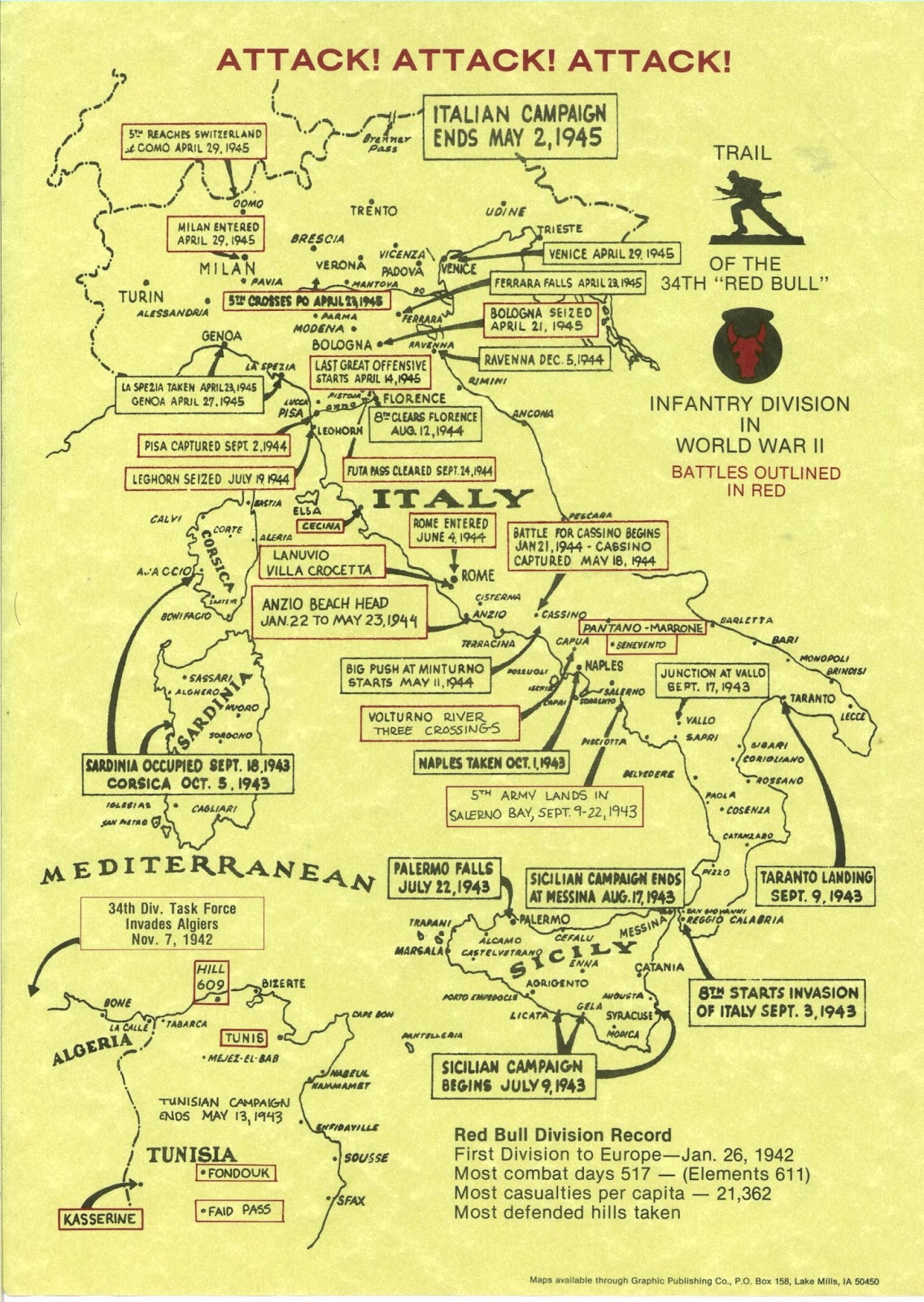 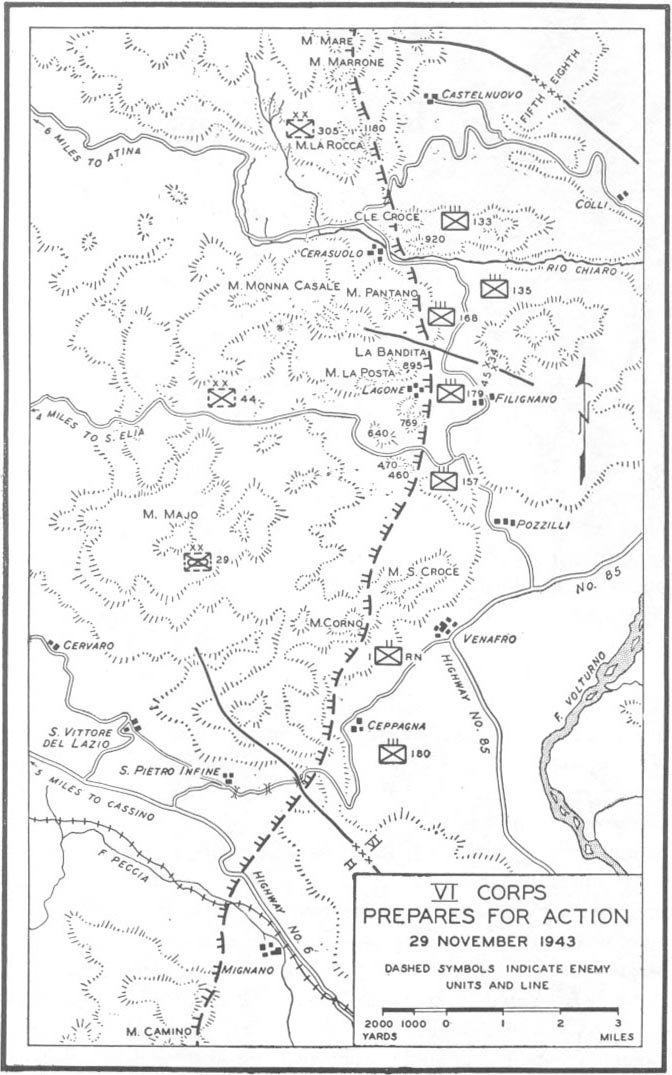 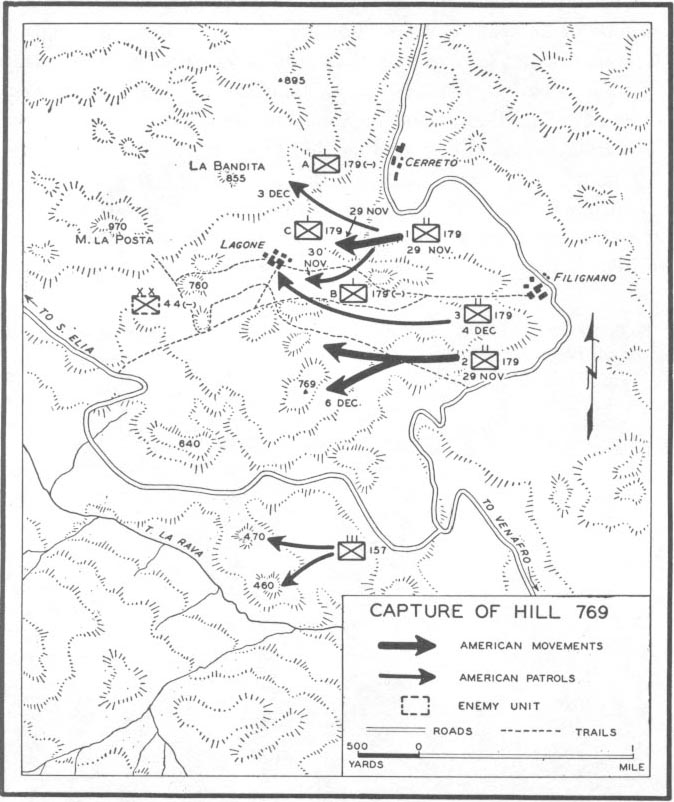 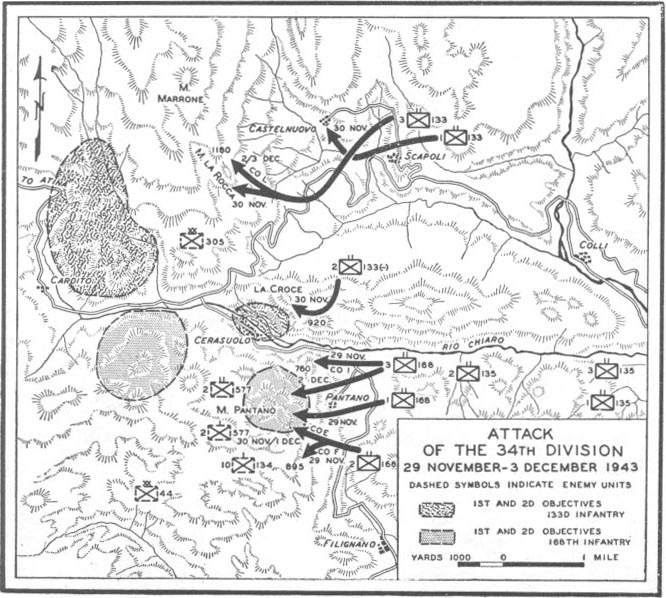 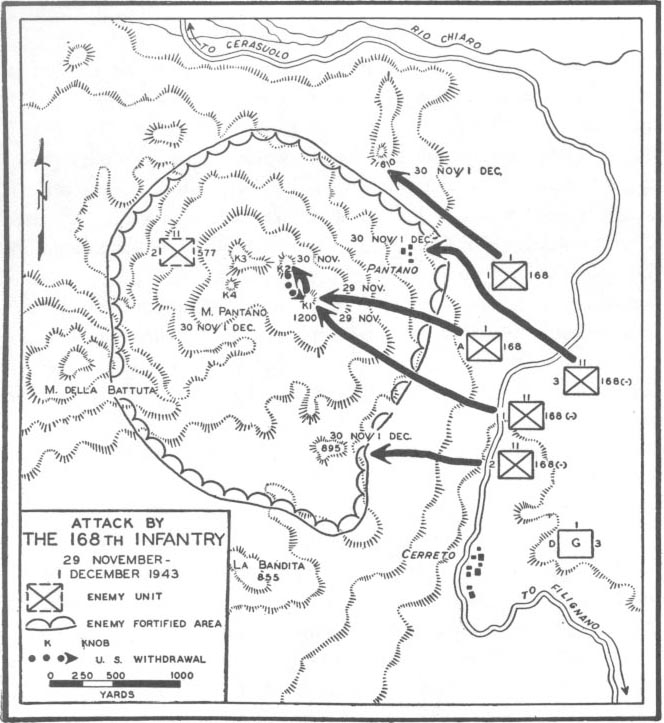 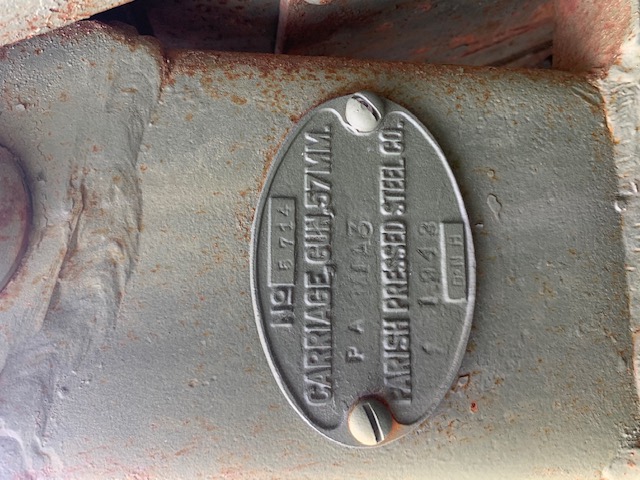 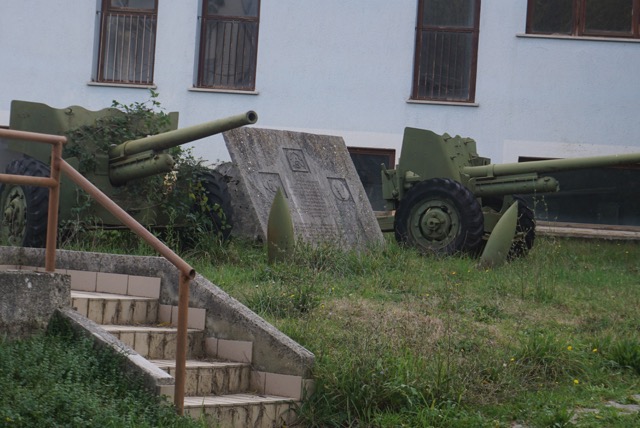 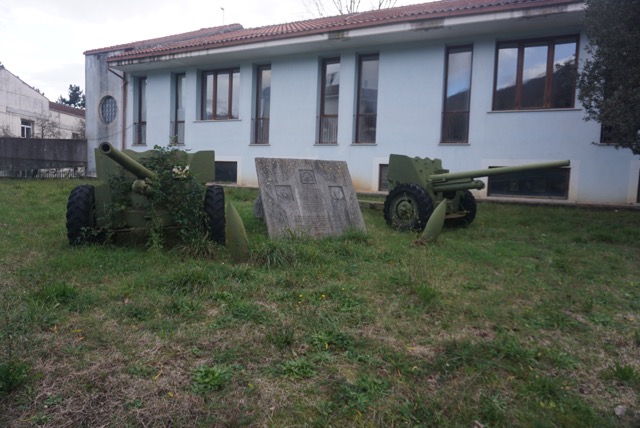 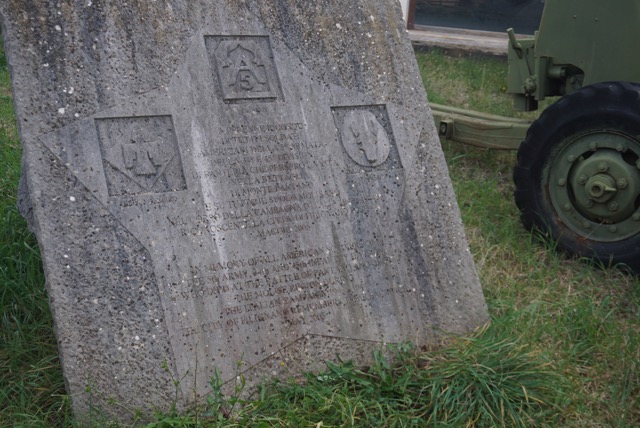 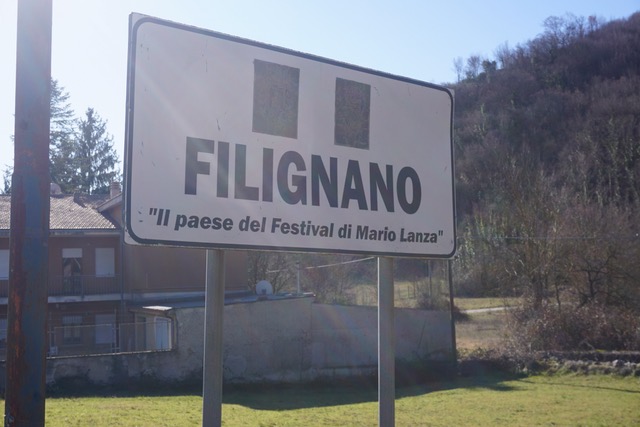