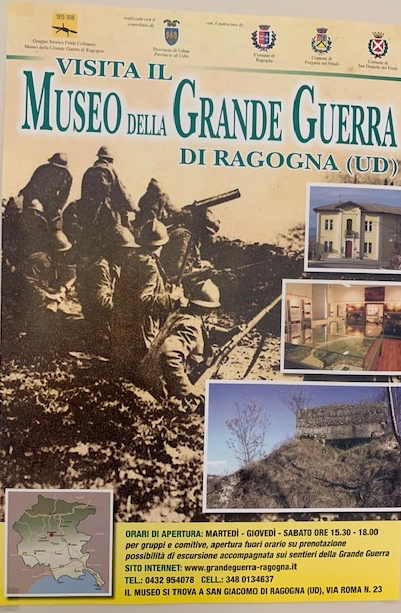 The Great War museum presents the First World War in Italy with a focus on the role Ragogna played during the Battle of Caporetto in October/November 1917 and events in Italy post –Caporetto.  Besides a well-curated collection, the museum offers several tours of local battlefields to include following in the footsteps of the famous German Lieutenant Erwin Rommel. The museum also offers tours of Casarsa della Delizia  where the US 332ndRegiment fought during the Battle of Vittorio Veneto. The 332ndInfantry Regiment, part of the 83rdDivision, was the only US regiment to fight in Italy during the war.  Guides form the museum know where the 332ndengaged attacking across the Tagliamento in November 1918 where the only land combat death occurred during the war – that of Corporal Charels A. Kell, Company G, 332ndInfantry.

A short synopsis of the 332ndRegiment in Italy in World War 1 (from La Grande Guerra website):

The 332nd Infantry Regiment, 83rd Division, with attached medical and supply units, was sent to the Italian front in July 1918 in response to requests from the Italian Government. Its principal missions were to build up Italian morale and to depress that of the enemy by creating the impression that a large force of Americans had reached that front and was preparing to enter the battle line and to take an active part in the fighting.

On October 24th, the first day of the Vittorio-Veneto offensive, the Italian 31st Division with the 332nd Infantry attached was in reserve. It joined in the attack of the fleeing Austrians on October 29th as part of the Italian Tenth Army; the American regiment forming the advance guard of the corps. On November 3, after several hard marches, the 332nd Infantry established contact with an enemy rear-guard battalion, which was defending the crossings of the Tagliamento River near the village of Ponte della Delizia.

Early on November 4th the 2nd Battalion crossed the river on a narrow footbridge and after a brief struggle captured the Austrian position on the far side. Continuing to move forward along the Treviso-Udine railroad, the 2nd Battalion occupied the town of Codroipo where it took possession of large stores of supplies. In this offensive operation, the 332nd Infantry had one man killed and four wounded. When the November 4thItalian Austria-Hungary armistice became effective, the lead elements of the 332ndwere in Villorba.

After this Armistice the American troops formed part of the Allied force stationed in Austria and along the Dalmatian coast. The 1st and 3rd Battalions were at Cormons near Gorizia. Later in November the 1st Battalion was ordered to go to Treviso and the 3rd Battalion to Fiume, Austria. The 2nd Battalion was stationed at Cattaro, Dalmatia and a detachment from it was sent to Cetinje, Montenegro. In March 1919 the regiment was assembled in Genoa and by April 4th its last elements embarked from that seaport and Marseilles for the United States. 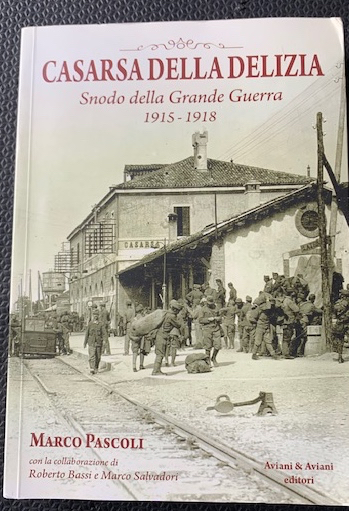 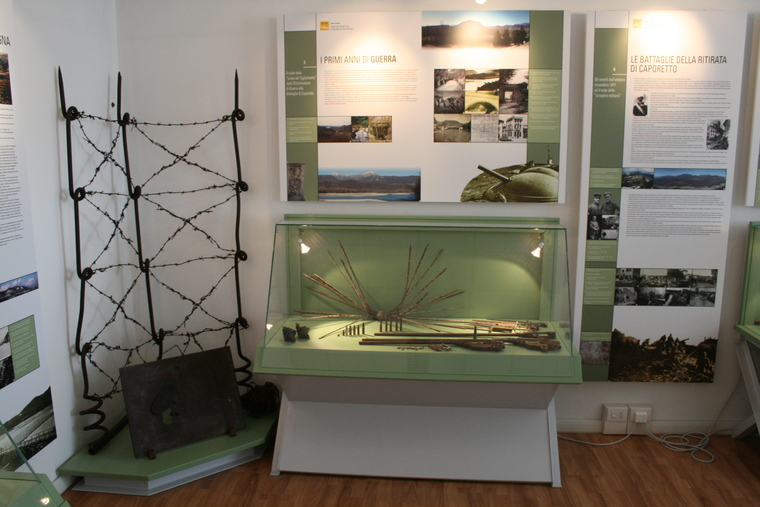 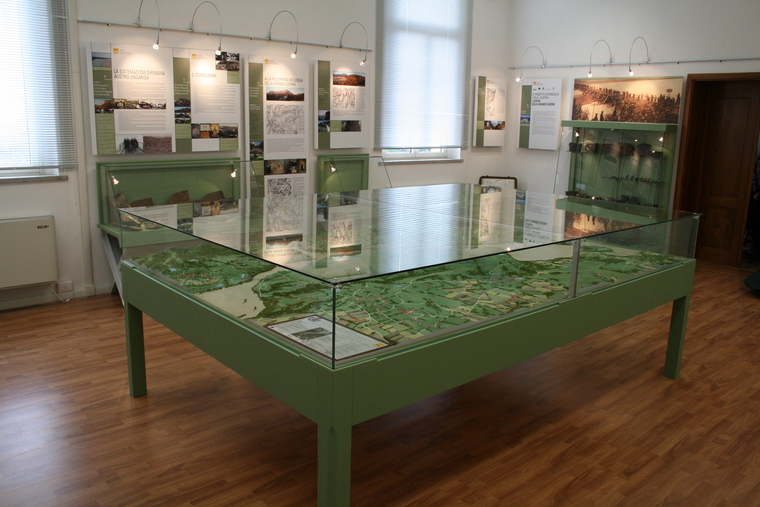 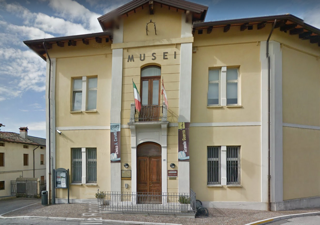 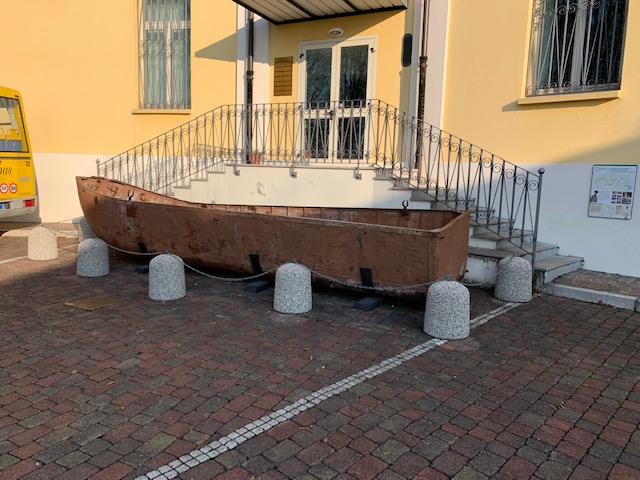 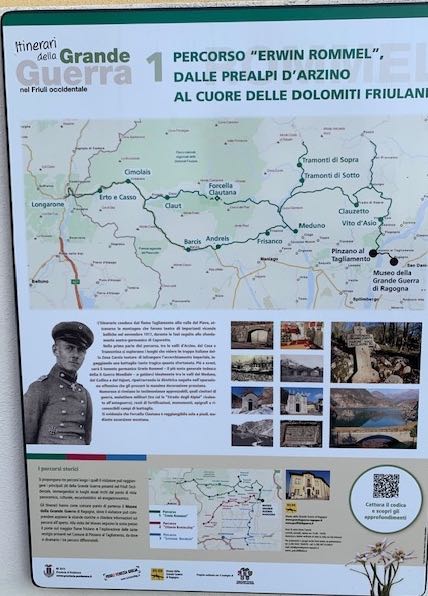 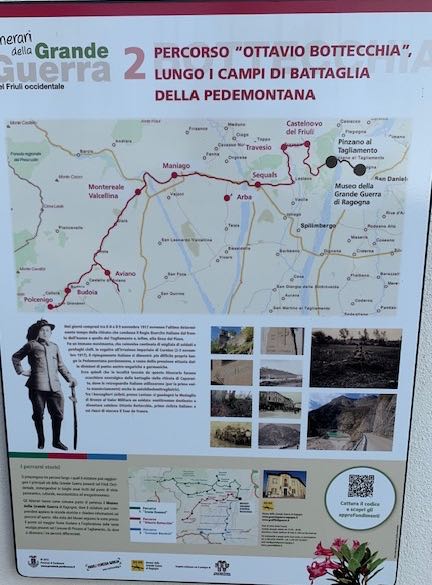 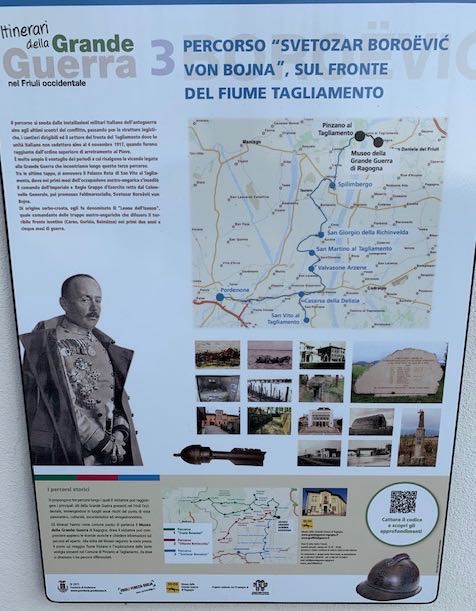 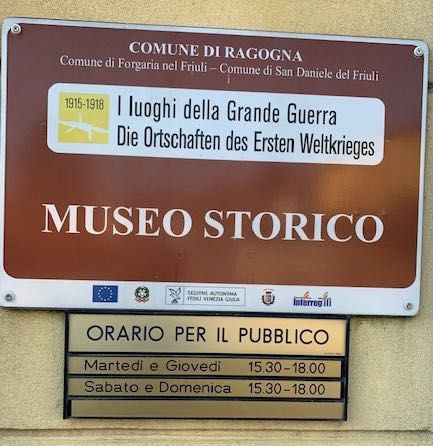 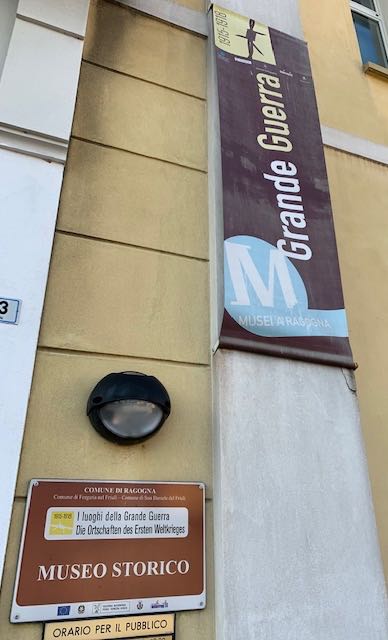