Monument for the Fallen of Cassino, Anzio and Nettuno 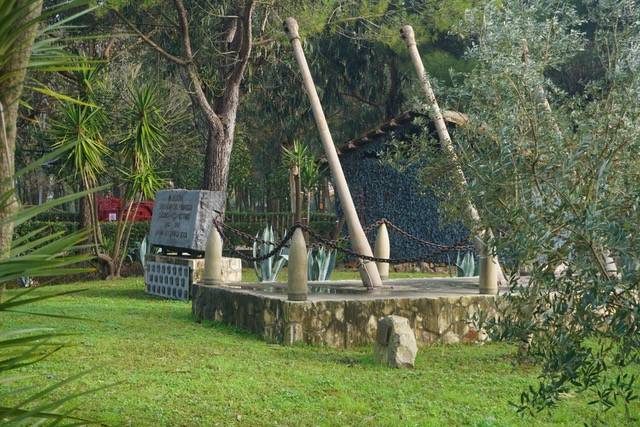 A brass plaque mounted to a large rock sitting next to a platform of canon barrels point skyward.

The monument, places by the city of Latina, remembers the dead of all countries who fought in the battles of Cassino, Nettuno and Anzio.

Latina was situated on the fought line during Anzio Beach head operations from January- May 1944.

The monument was dedicated by the city of Latina on January 21, 2006, the 62nd Anniversary of the Anzio landings – Operation Shingle.

OF THE FALLEN ON THE FRONTS 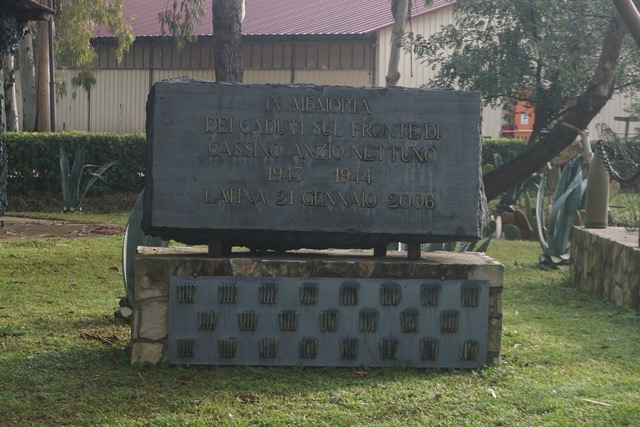 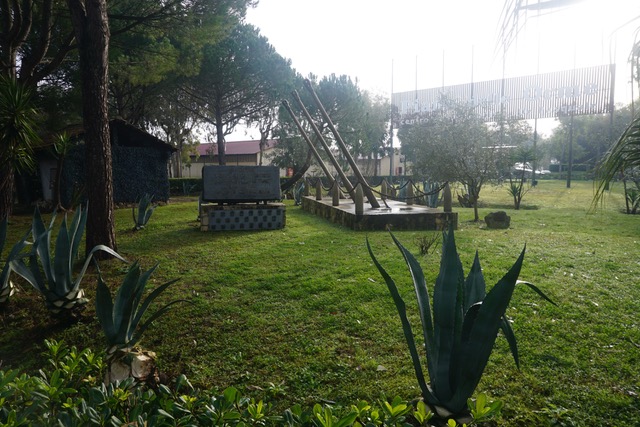 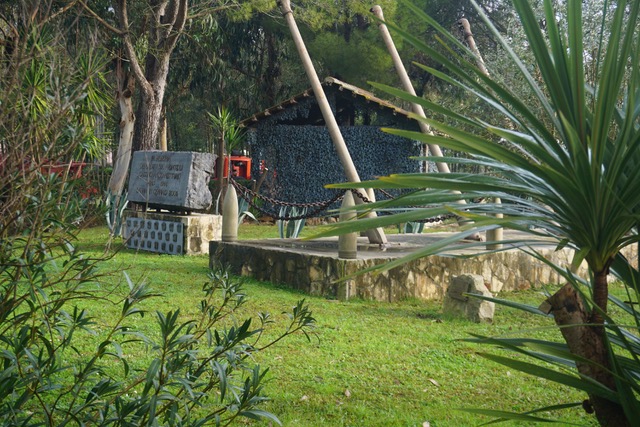