<< Back to Nettuno- Via Romana 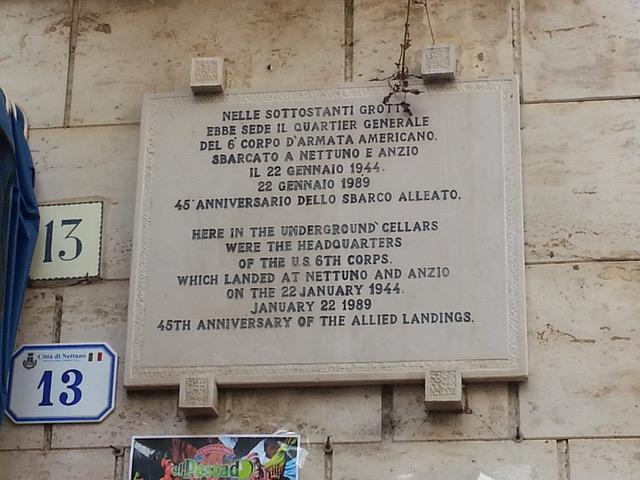 Located on a store front about 7 feet off the ground.

The plaque identifies the location of the 6th Army Headquarters, the Headquarters which lead Operation Shingle landings in Anzio and Nettuno and then the push out of the Anzio Beachhead.  The Operation Shingle landings occurred on January 22, 1944 and the Operation was over in May 1944 with the breakout to Rome as part of Operation Diadem.  The 6th Army during this time was commanded by Major General John Porter Lucas and Lieutenant General Lucian Truscott.

More on Operation Shingle and the Beachhead at Anzio:

On 22 January 1944 the Allied forces landed at Anzio. The invasion was intended to outflank German defense forces on the Gustav Defense Line and strike directly for Rome. The operation failed and the invasion force was pinned down around Anzio until the end of May.

On 22 January 1944 Allied forces landed at Anzio (Operation Shingle), 62 km south of Rome. The invasion was intended to outflank the main German defense force on the Gustav Line and strike directly for Rome. The invasion force of Operation Shingle consisted of 40,000 soldiers and 5,000 vehicles under command of U.S. Major General John P. Lucas. His army landed at three locations: the British Force landed 9.7 km north of Anzio (Peter Beach), the Northwestern U.S. Force attacked the port of Anzio (Yellow Beach) and the Southwestern U.S. Force landed near Nettuno, almost 10 km east of Anzio (X-Ray Beach). General Lucas did not move inland immediately. Instead he choose to consolidate his position and by doing so allowed the German forces to organize their defense and occupy the surrounding hills from where German artillery units had a clear view of every Allied position. For many weeks a rain of shells fell on the Allied bridgehead and the harbor of Anzio. Churchill commented: “I had hoped we were hurling a wildcat into the shore, but all we got was a stranded whale”. On 22 February Lucas was replaced by General Truscott. Both sides increased their forces considerably. Italian troops still loyal to the Axis were deployed by the German army. Despite all efforts the Axis forces were unable to push the enemy back into the sea, nor did the Allies manage to penetrate inland. The stalemate at Anzio ended on 18 May when the Allies broke through the German Line at Monte Cassino.

The text on the plaque is written in Italian and English.  The English reads:

HERE IN THE UNDERGROUND CELLARS

WHICH LANDED AT NETTUNO AND ANZIO

45TH ANNIVERSARY OF THE ALLIED LANDINGS. 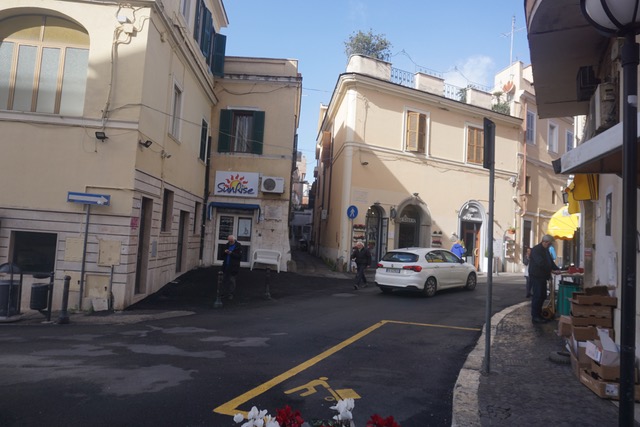 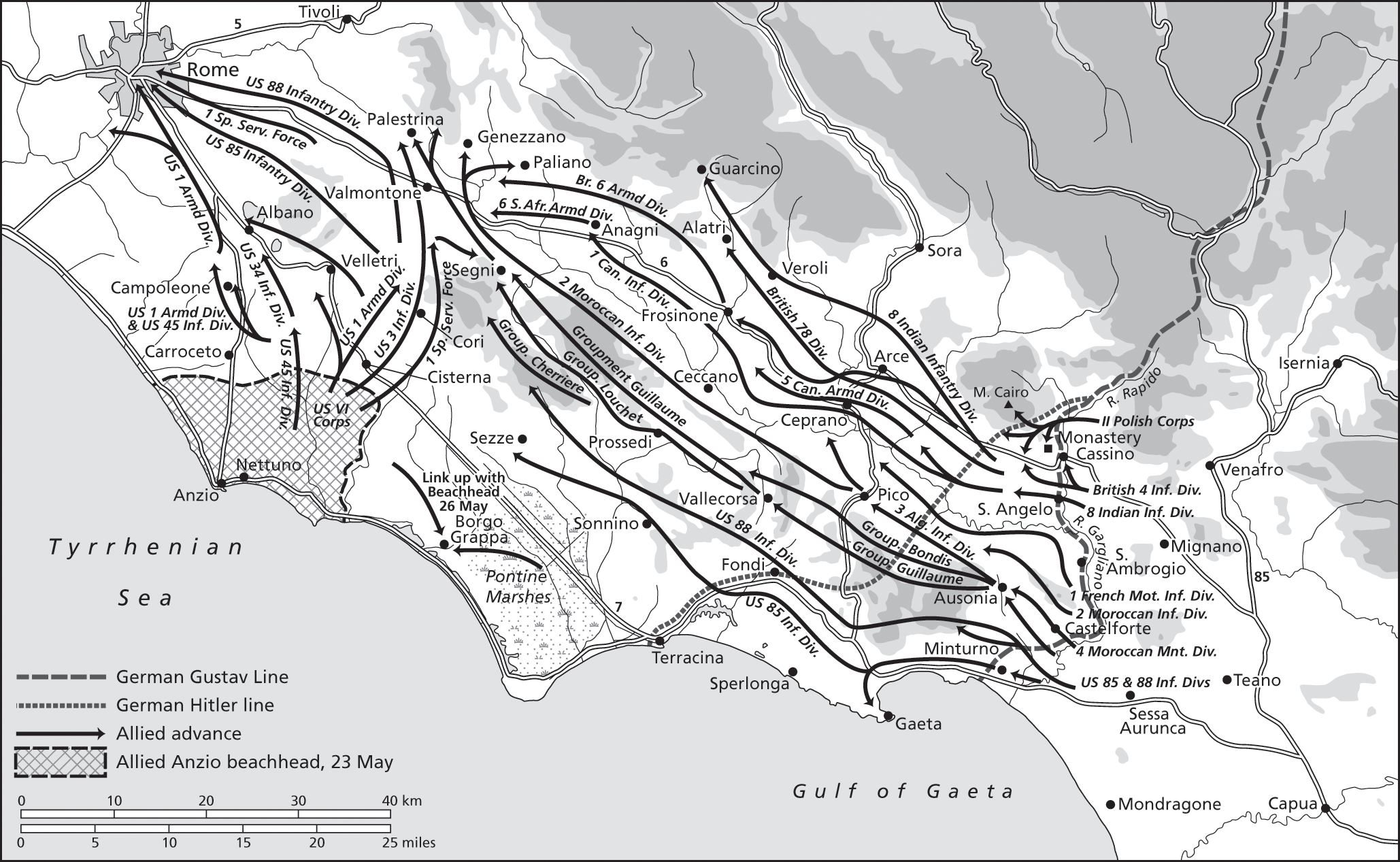 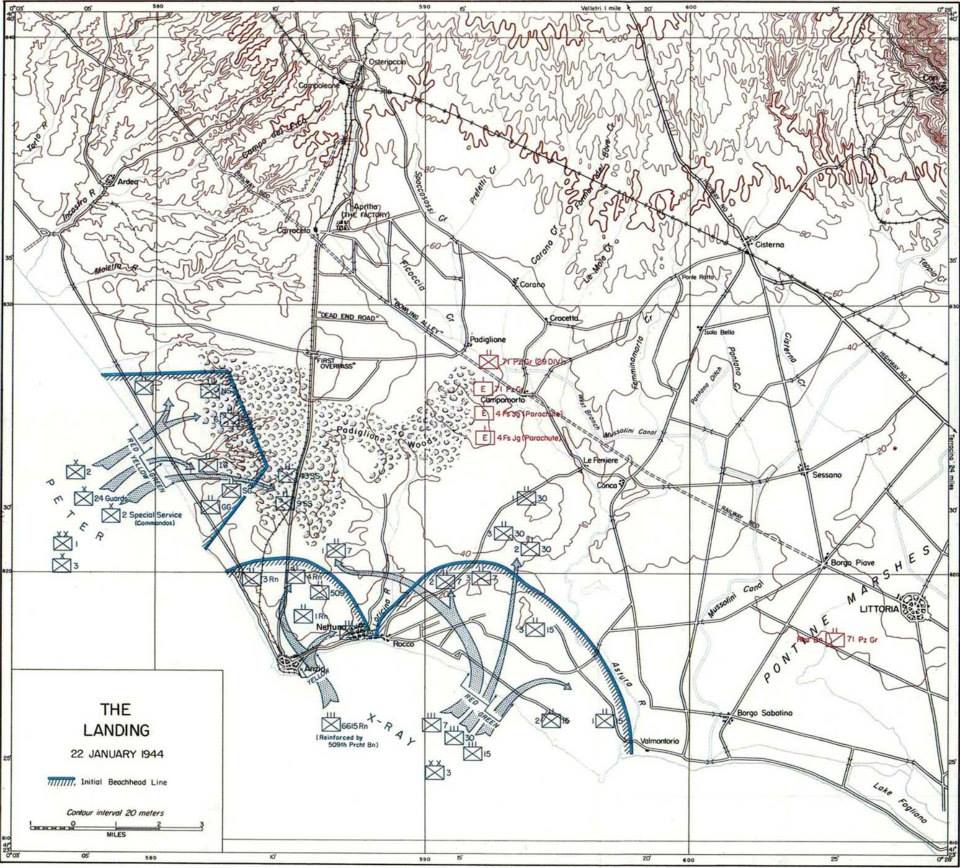 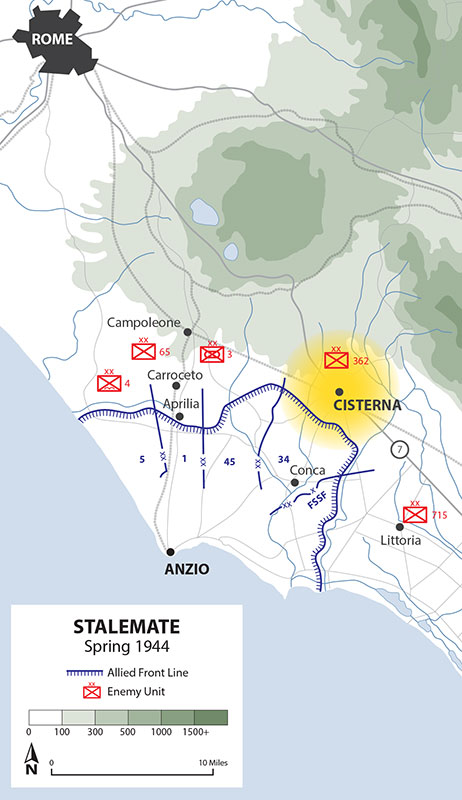