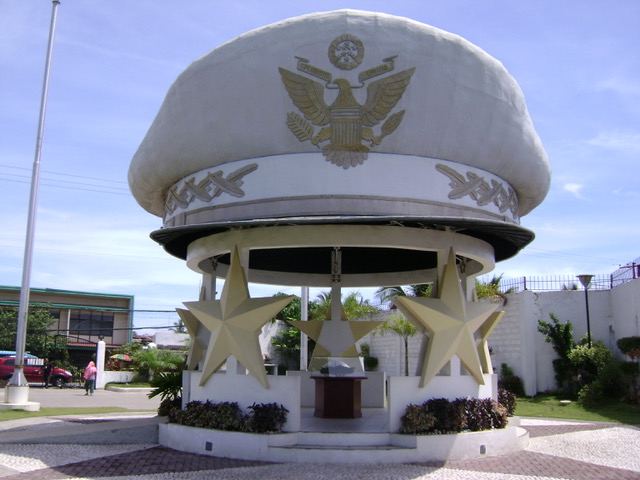 The peaked cap shaped monument is in essence the main and the most conspicuous fixture of the memorial . It is made of fiber glass and steel bars and is 5 meters in height and 8 meters in diameter. In front of the capís crown is a US coat-of-arms, and ìscrambled eggsî on the visor.†

The huge peaked cap is a replica of the service cap worn by General Douglas Macarthur, and it also serves as the roof of the open structure. It is supported by five columns on a round base. Each of the columns is superimposed with outward facing five five-pointed stars which represent the rank of MacArthur.† A model of PT-41 is also inside the memorial along with a star in the middle of the hat which is inscribed with MacArthurís biography and the sponsors of the monument. (From the Philippine Historic Commission)

At the direction of President Roosevelt, MacArthur some staff, and his family departed Corregidor Island escorted by Motor Torpedo Squadron Three (PT-34,34,35 and 41). MacArthur traveled in PT-41 with Motor Torpedo Boat Squadron†Three†Commander†Bulkeley. For two days the†squadron evaded the Japanese Navy arriving at †Macabalan Wharf on March 13, 1942 where American and Filipino soldiers were waiting. Amid threat of Japanese detection, he proceeded to Camp Phillips, Manolo Fortich, Bukidnon and stayed at the Del Monte Club House for several days. From Diclum Airfield MacArthurís group flew a B-17 Flying Fortress to Australia on March 17, 1942 were he announced "I Shall Return". †He would direct the war from there, returning to the Philippines in October 1944.†

†A†Philippine†Historic†Commission marker is located near the hat.

See†MacArthur Landing Memorial National Park ñ Monument and the Luzon Landing Monument for more on MacArthurís return in 1944.††These memorials are also listed on this website.

The text on the historic marker is written in Tagalog:††

The significance in English is:

Built by the Spaniards in Cagayan de Misamis in the nineteenth century. It served as a harbor of maritime vessels from Manila, Cebu, Maribojoc, Iloilo and Romblon. Became a fortress of the Cagayanons to prevent the American occupation of Cagayan de Misamis, January ñ March 1900. The Americans conquered, April 25, 1900. Here landed Gen. Douglas MacArthur and family from Corregidor, March 13, 1942. Headed to Del Monte Airfield, Bukidnon and flew to Australia, March 17, 1942. 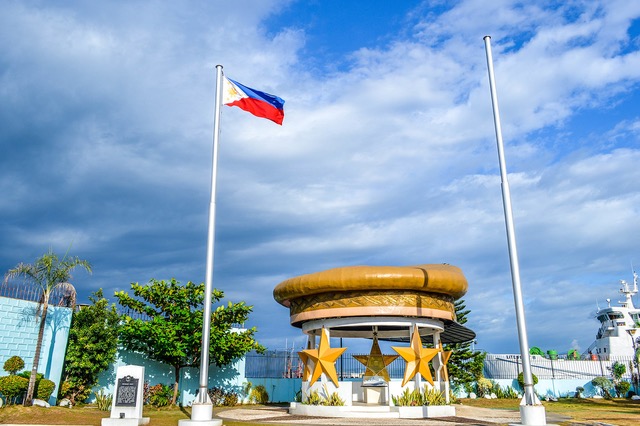 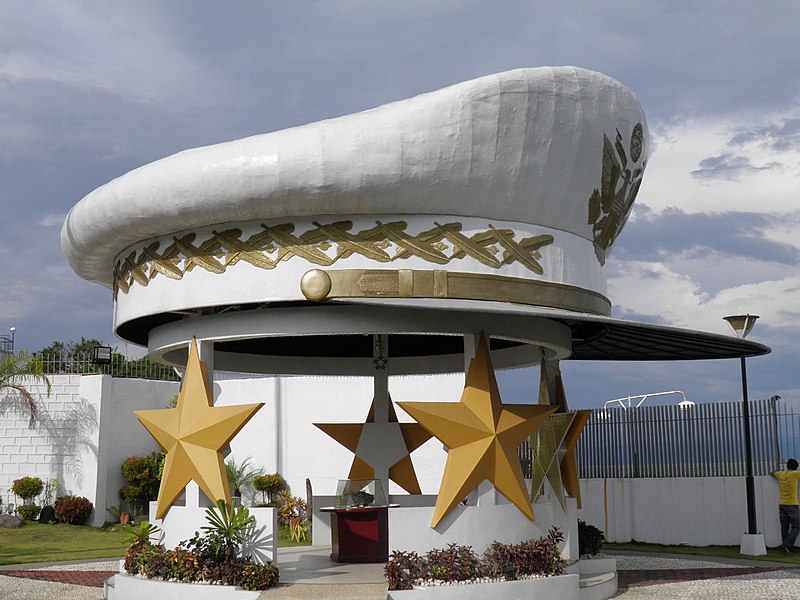 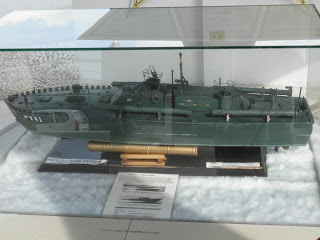 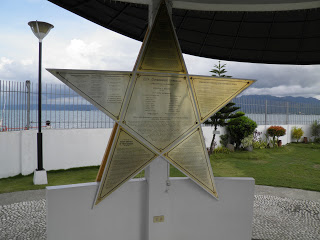 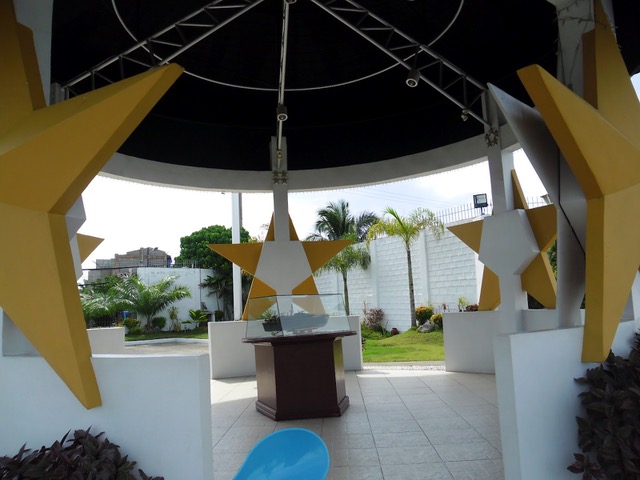 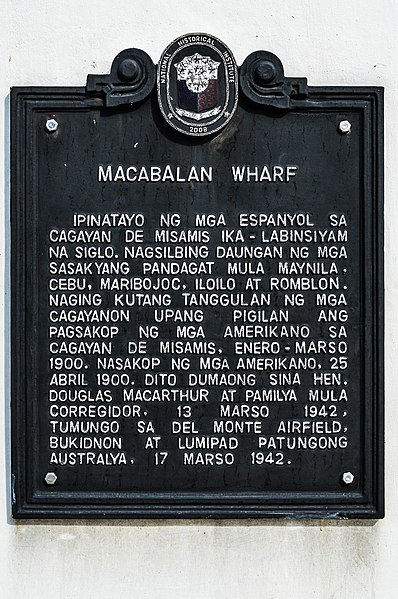