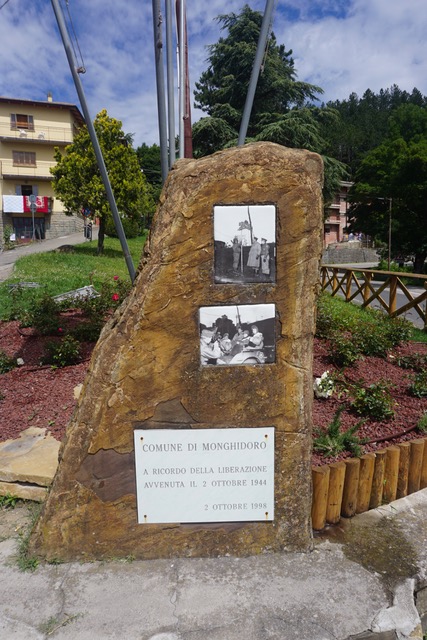 In the center of the street intersection in front of the five flagpoles.

A brass inscribed plaque and two pictures mounted to a local brown stone about 5 feet tall. The monument also includes photographs from a December 1944 US Congressional Delegation visit to the Italian Front.

The monument remembers the liberation of Monghidoro by the 91st “Powder River” Infantry Division on October 2, 1944.

From the Division History:

This excellently-prepared line held up the infantry a day while the artillery softened up the positions for assault. On 1 October the Division Artillery fired 10,587 rounds while the 362nd and 363rd Infantries worked forward slowly. The enemy Main Line of Resistance in the 363rd Infantry sector was overrun at 1300, but the enemy fell back slowly. The next afternoon Monghidoro fell. With the 2nd and 3rd Battalions, 362nd Infantry, flanking the town on the right, and the 363rd Infantry exerting pressure on the left, the 1st Battaion, 362nd Infantry, supported by tanks, drove straight up Highway 65 into the town. The 363rd Infantry, driving on the left, captured Montepiano late the same night.

Thus at the end of 2 October the Monghidoro-Montepiano defenses had been completely overrun. General Keyes (Corps Commander)expressed his pleasure at the Division’s swift success in overrunning the important positions when he telegraphed General Livesay (91st Division Commander):

"Congratulations upon the capture of Montepiano and Monghidoro. The continued drive of the 91st against a stubborn enemy and despite the adverse elements is a tribute to your fine division."

General Mark Clarke escorted Congressman Martin Costello (California) and Clare Boothe Luce, a Congresswoman and first woman to become a US Ambassador to a major country, and future Ambassador to Italy. One picture includes a sign indicating Los Angeles City limits as Costello represented the city. 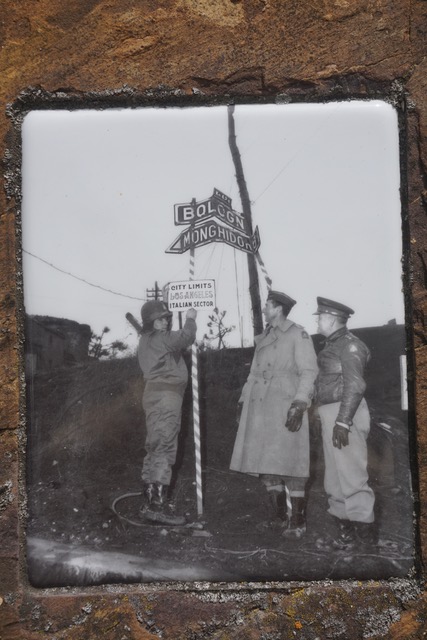 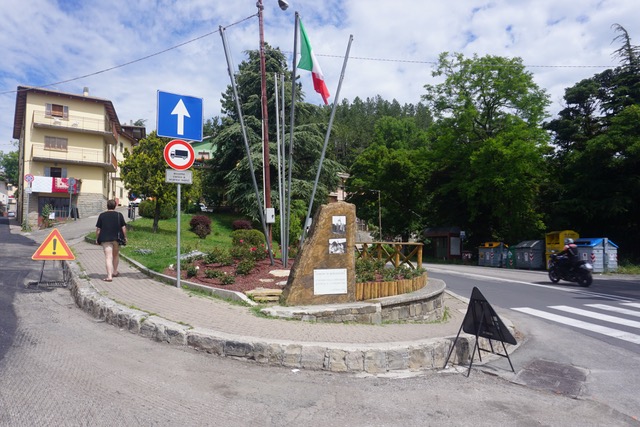 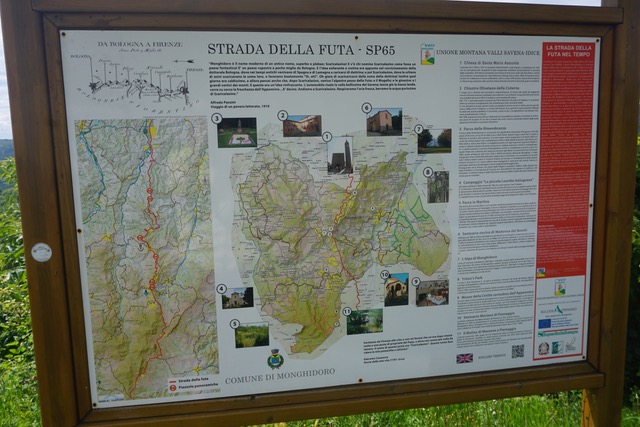 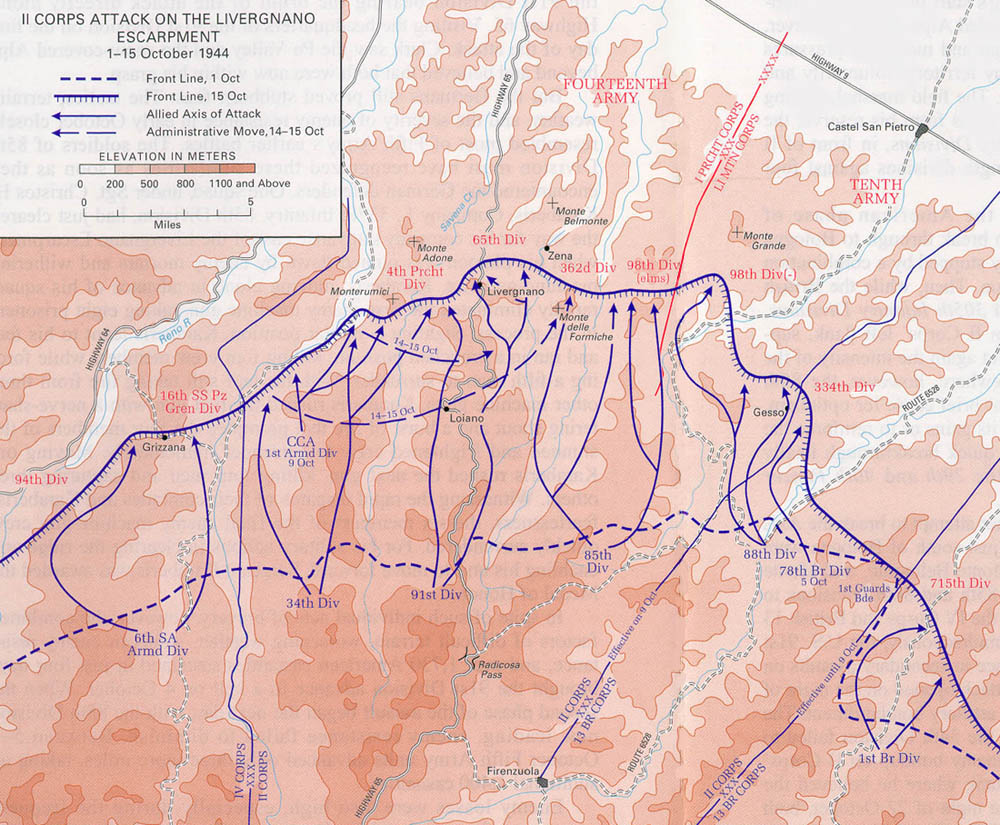 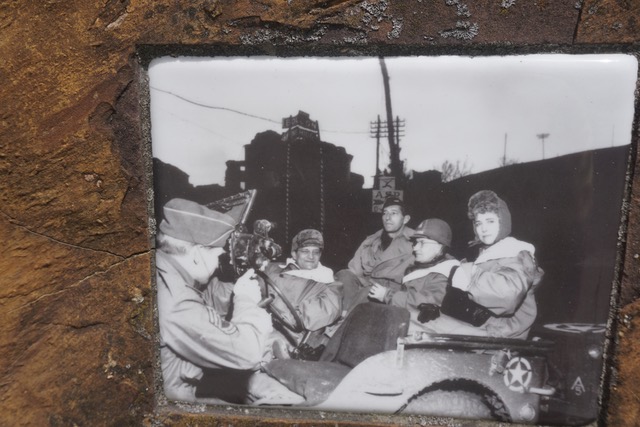 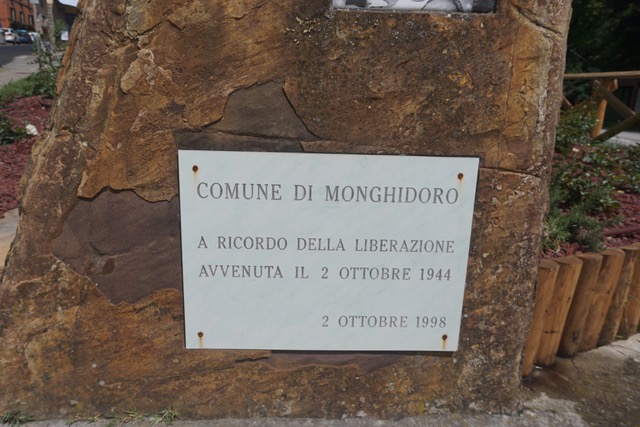