<< Back to Lizzano Pistoiese 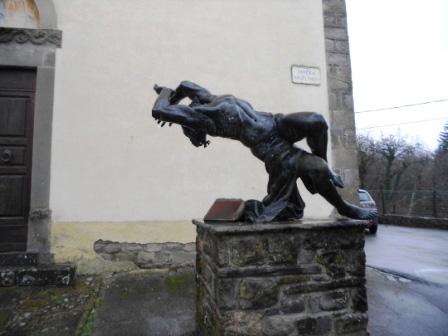 In front of the entrance to the town church.

A brass sculpture of Saul (Paul) falling in his conversion experience mounted to a stone pedestal with a brass inscribed plaque.

LIZZANO FOR A COMMITMENT TO PEACE

LIZZANO PISTOIESE: a tranquil mountain village facing the sun on the slope rising above La Lima. It lies in the shelter of the great  appenine  chain dominated  by the unique "Open Book".  Saturday, june 4 (1988)," Lizzano will host a peace initiatěve  nurtered by the memory of the suffering of the last world war; a war which sumed never-ending a war which still evokes the dark images of destruction and death. From the dark autumn of 1944 through the rigours of winter, until the spring Line 1945, the soldiers of opposing sides fought along the imaginary "GOTHIC  LINE". This is where they passed their last war-time Christmas, living out their hopes and dreaming of their homes and loved ones.

Now, after many years, decanted by hostilities, we have re-evoked a sac page in history in the hope of uniting, as if there were no winners and losers, all these who here on these mountains suffered and died in the name of peace and fraternity. It is here that Sergeant John Murphy stopped with his fellow-soldiers of the allied troops 10" Mountain Division of the 5 Army. Here, in Lizzano, in the silence of the church, in his conversation with the parish priest, it the warmth of an affectionate reception, Monsignor Murphy felt his first calling to the church. Now, John, Priest and Monsignor, together with 250 survivors of his division, has returned to the mountains of his youth. He has returned not to recall the war but to piedge bis commitment to peace. It is with this intention towards peace and brotherhood that the Pistoiese Mountain Community,

The conversion of Saul

To the Parish of Lizzano Pistoiese

The Bank of Florence 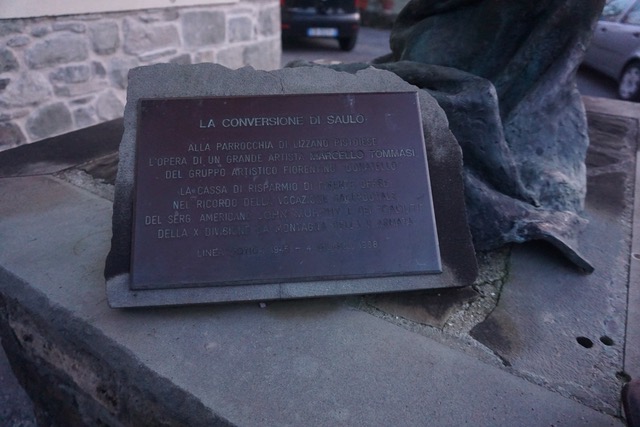 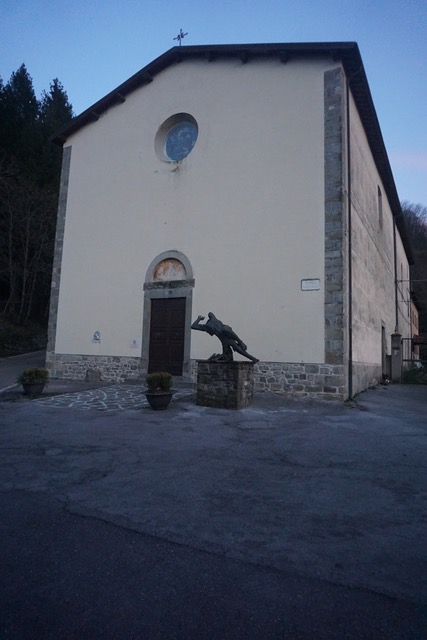 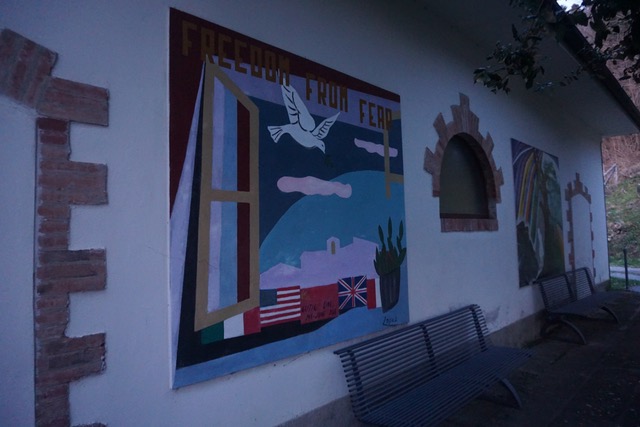