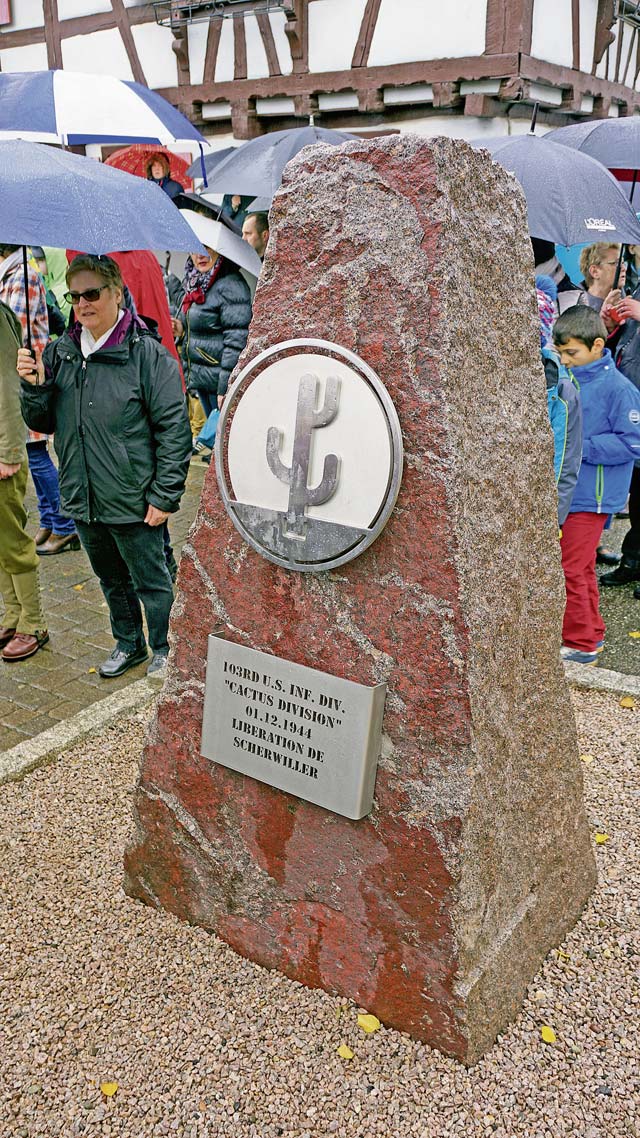 A gray and brown pyramidal shaped monument which contains a large metal plaque of the 103rd’s distinctive patch on the center. Below it, is a rectangular plaque, inscribed in French text, which commemorates the 103rd Division for liberating the town from Nazis on December 1, 1944.

The front line units of the 103rd saw heavy resistance throughout the campaigns of Ardennes-Alsace, Rhineland, and Central Europe. After its relief of the 3rd Division at Chevry, France, in October 1944, the units of the 103rd pushed eastward at a rapid pace before eventually liberating Scherwiller on Dec. 1, and then neighboring Selestat on Dec. 4, 1944. After that, they continued into the Rhineland area of Germany.

Source of photo and information: www.kaiserslauternamerican.com