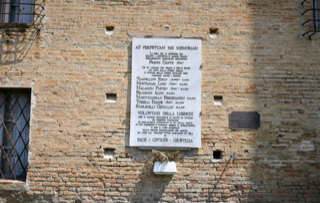 Located on the castle exterior wall next to the large marble plaque remembering fallen WW2 partisans.

The memorial is an inscribed brass plaque, about 18”x12” mounted to a brick wall.

The memorial remembers second Lieutenant Frank Felix Weaver who was the pilot of a P-61 “Black Widow” Night Fighter who crashed after mission on April 22, 1945.

On April 22, 1945, 2LT Frank Weaver (O-770490) along with his Radar Observer, Flight Officer Stanley Kalan (T-180305) were flying from Pontedera, Italy (near Pisa) on an Armed Reconnaissance into the Po Valley during the German Army retreat north.  Weaver and Kalan were assigned to the 414th Night Fighter Squadron , 12th US Air Force ,flying a P-61 “Black Widow” Night Fighter, “Gorgeous Geri” (42-39486) on their 50thmission.  Shortly after attacking a target, “Gorgeous Geri” was hit by anti-aircraft fire and crashed.  Weaver was killed in the crash and Kalan parachuted to safety and was later captured by the enemy and spent the last few days of the war in a POW camp (Per Missing Aircraft Report {MACR)} 14012).  Per local observers, Weaver was able to steer his burning aircraft away from an inhabited area in Reggiolo crashing nearby. Weaver was killed upon impact and was buried temporarily in the nearby Mirandolo US cemetery until being repatriated to the US in 1949. (See this website for Site Mirandolo, American Cemetery Marker for more on the cemetery).

The town of Reggiolo dedicated the plaque in 2011 with family of 2LT Weaver present.

The text on the plaque is written in Italian and English and reads:

“Under the wide and starry sky,

Dig the grave and let me lie.”

“Under the wide and starry sky,

Dig the grave and let me lie.” 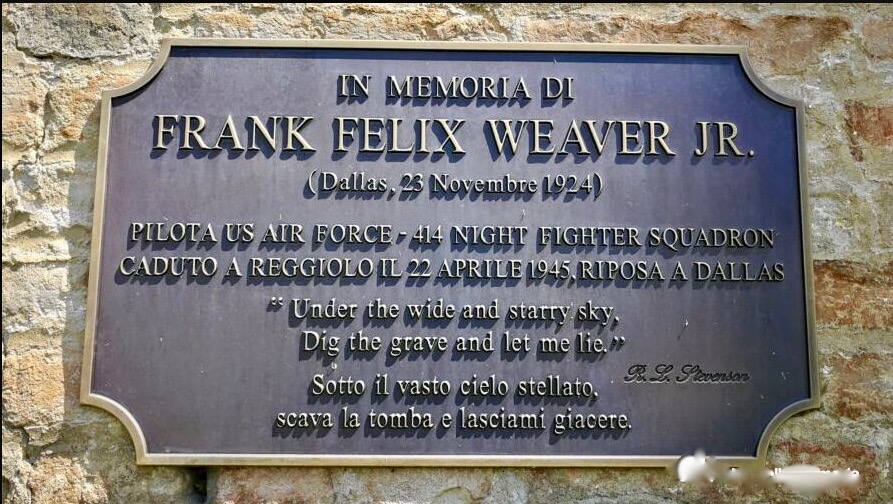 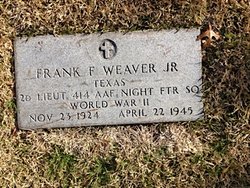 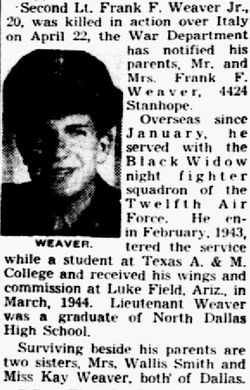 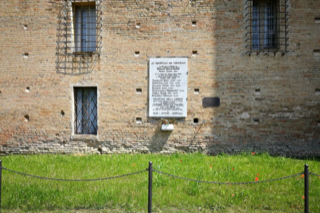 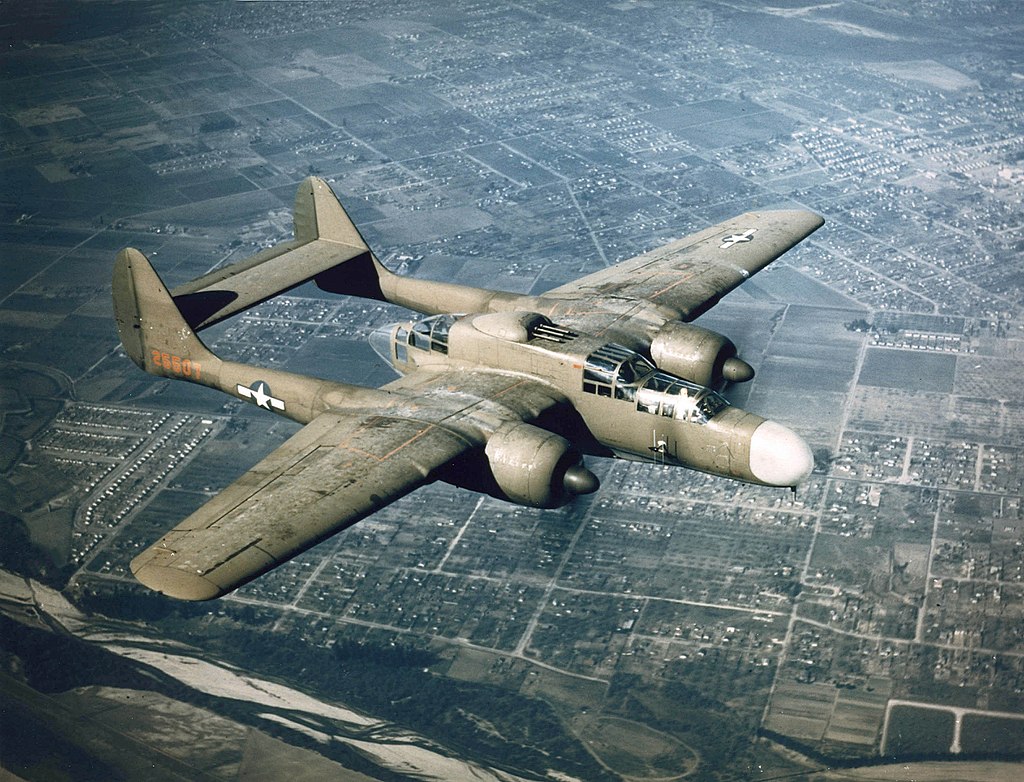