At a corner of a field along a small farm road intersection.

The monument is a large stone cut in two nearly symmetric pieces that are kept together by two overlapping bronze plaques. The entire monument is seemingly in the shape of the tail section of an aircraft.

On the morning of October 14th 1943 along with 15 others bombers from the 364thĀBomber Squadron, 305th Bomb Group ōCan Doö, B-17 ōLazy Babyö (42- 308410) set off from Chelveston in England, the second Schweinfurt raid (Mission 115), later to become known as ōBlack Thursdayö. By the time they reached Aachen on the outward leg only ōLazy Babyö and two others of the 305th were left flying, They were then seriously damaged and three crew severely injured while two others bailed out. Diving from 23,000 ft to only 3,000 ft, pilot Ed Dienhart managed to escape the attacking fighters. With the ball turret gunner trapped and navigator seriously injured they proceeded at 30 to 50 feet, hedge-hopping all the way, to Switzerland and safety. Guided by the navigator Don Rowley who, despite having both arms virtually severed, managed to steer them from memory for over an hour to Switzerland where they made a dramatic crash landing only seven miles from the German border. The navigator (Rowley) died the following day from his injuries. While the pilot drew upon every ounce of his flying skills, the rest of the crew exhibited untold valor in the face of terrible adversity and selfless devotion to their stricken comrades. (From Military Print Company -UK Website and Missing Aircraft Report {MACR} 913)

B-17 ōLazy Babyö was the tenth ōFlying Fortressö that sought refuge in Switzerland up to that point in time. Rowley died a day later from his terrible wounds in a hospital in Basel. Johnson and Smith survived and were interned in Adelboden with the rest of the crew of the Lazy Baby after recovery. ĀChristy Zullo met his future wife while working at the Munsingen Cemetery, and regularly visits Switzerland. All surviving crew members of the "Lazy Baby" returned safely to America after the end of the war to include the two who bailed out and were POWs in Germany.

The Crew of Lazy Baby:

Special thanks to the B-17 Museum in Utzenstrorf, Switzerland for the photos of this memorial and for information concerning this monument.ĀĀFor more on the B-17 Museum Utzenstorf, see the museum website at https://www.b17museum.ch

The text on the plaque is written in German:

so we may live in liberty." (In English)

"Crash landing of a flying fortress

Basel from his injuries.

so we may live in liberty." 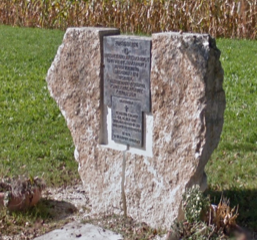 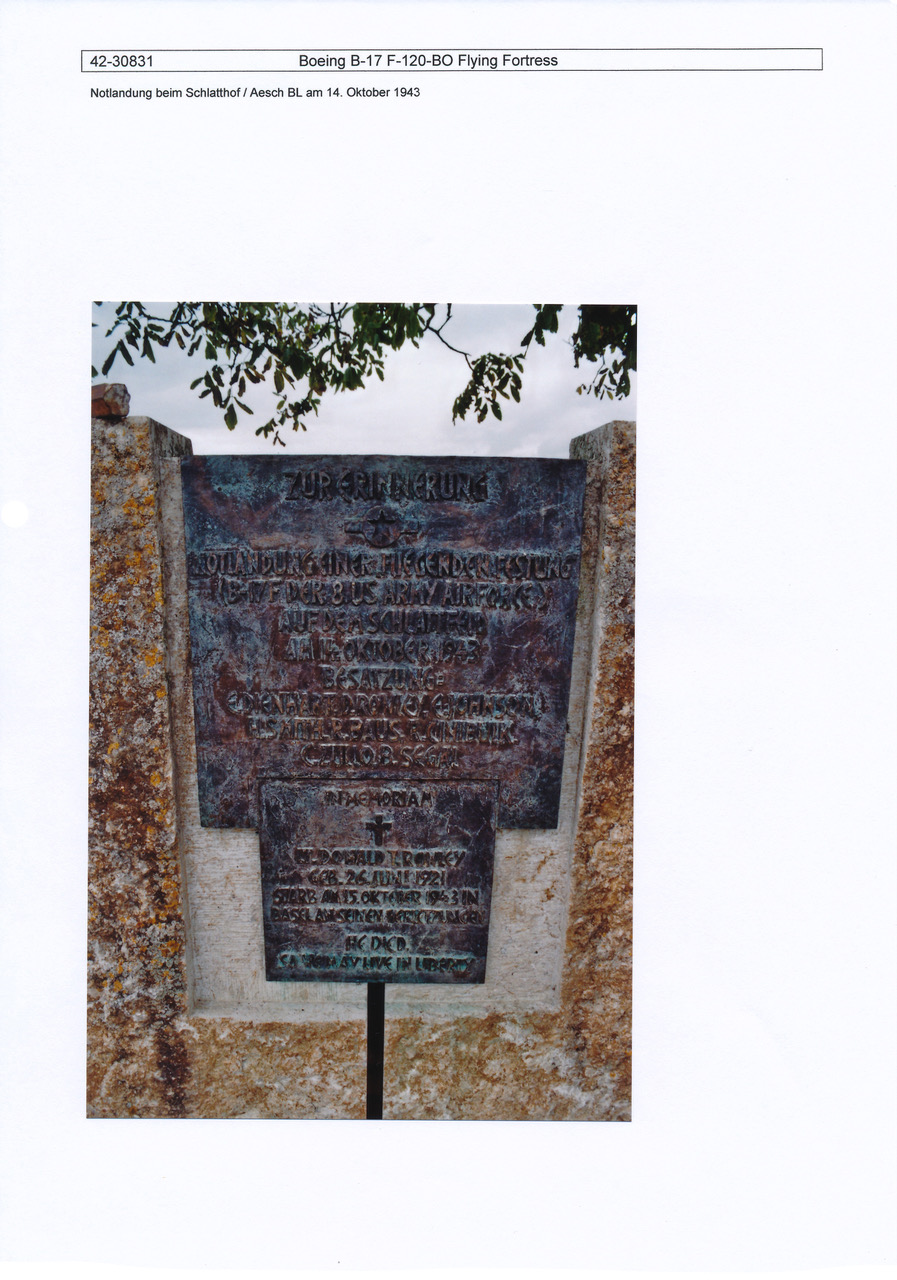 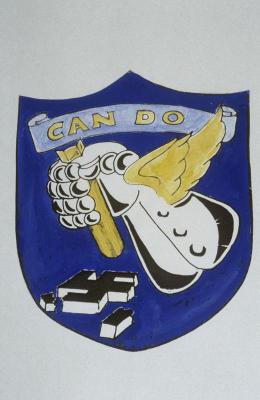 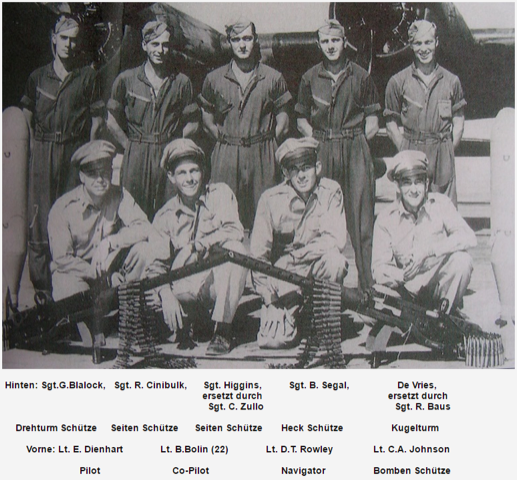