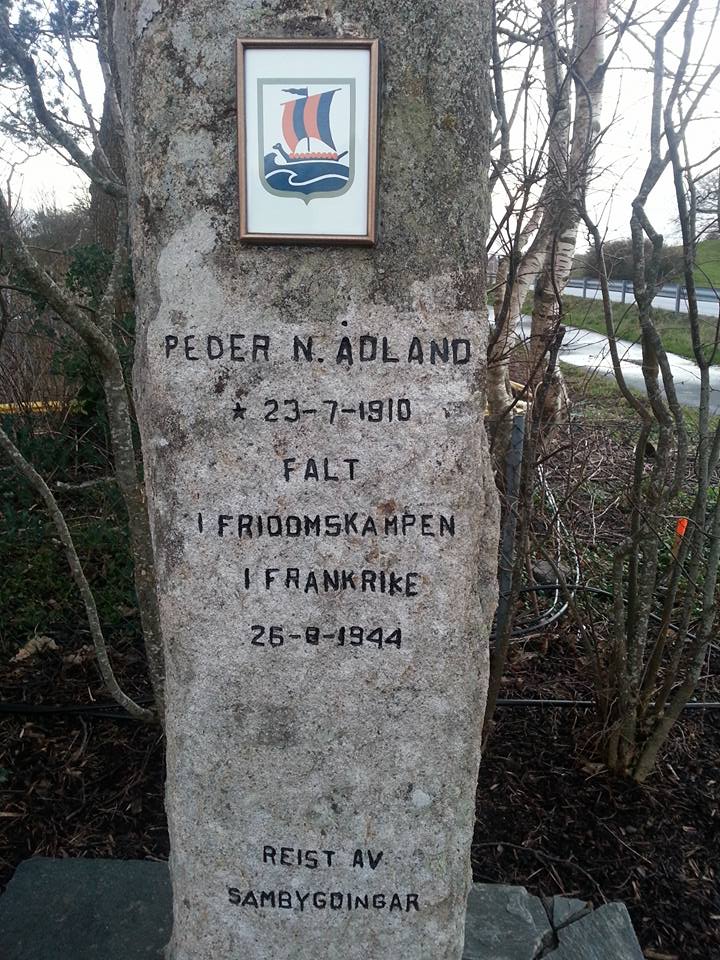 The cenotaph is located on the grounds of the school named in Peter Aadland’s honor.

The cenotaph is a rough engraved oblong stone about 5 feet high with the symbol of the 99th Infantry Battalion (Separate) (Norwegian) above the engraving.

Corporal Aadland is buried in the Normandy American Military Cemetery  (Plot A; Row 21; Grave 22).  A cenotaph to Aadland is located in his town of birth.

In the two years following the German invasion of neutral Norway, in April 1940, Norwegians and Norwegian-Americans in the United States struggled to find ways to come to the aid of their homeland. Here begins the tale of over thousand men whose fate became tied to the War Department’s secret plans.

The 99th Infantry Battalion (Separate) was activated in August 1942, at Minnesota’s Camp Ripley. The unit quickly grew and moved to Fort Snelling near Minneapolis. By mid-December the unit received orders to move to the newly completed Camp Hale, Colorado. The Battalion was identified as a “separate” unit since it did not belong to a regiment. Composed of Norwegian citizens and Norwegian Americans, the unit engaged in grueling winter and mountain warfare training at elevations above 10,000 feet.

By August 1943 the unit was combat ready and moved to Europe.

Landing two weeks after D-Day, they fought across Northern Europe to the German border with the second armored division. With the 30th Infantry Division they helped encircle the historic German capital of Aachen and held the line during the bitter winter fighting around Malmedy during the Battle of the Bulge.

In January 1945, the Battalion joined the veterans of the First Special Service Force, Darby’s Rangers and the 552nd Anti-Tank Company in the new 474th Infantry Regiment. In April the Regiment joined Patton’s third Army for the final drive to Germany. Within hours of Germany’s surrender, the 99th began its last secret mission when the Regiment started preparations for their movement to Norway.

Special thanks to Mr. Jens Inge Egeland for assistance in documenting this memorial.  Mr. England, working with the 99th Infantry Battalion Foundation, added the Viking Battalion Insignia to the cenotaph.

The text is written in Norwegian and reads:

A translation of this in English:

in the fight for freedom

erected by his fellow townspeople 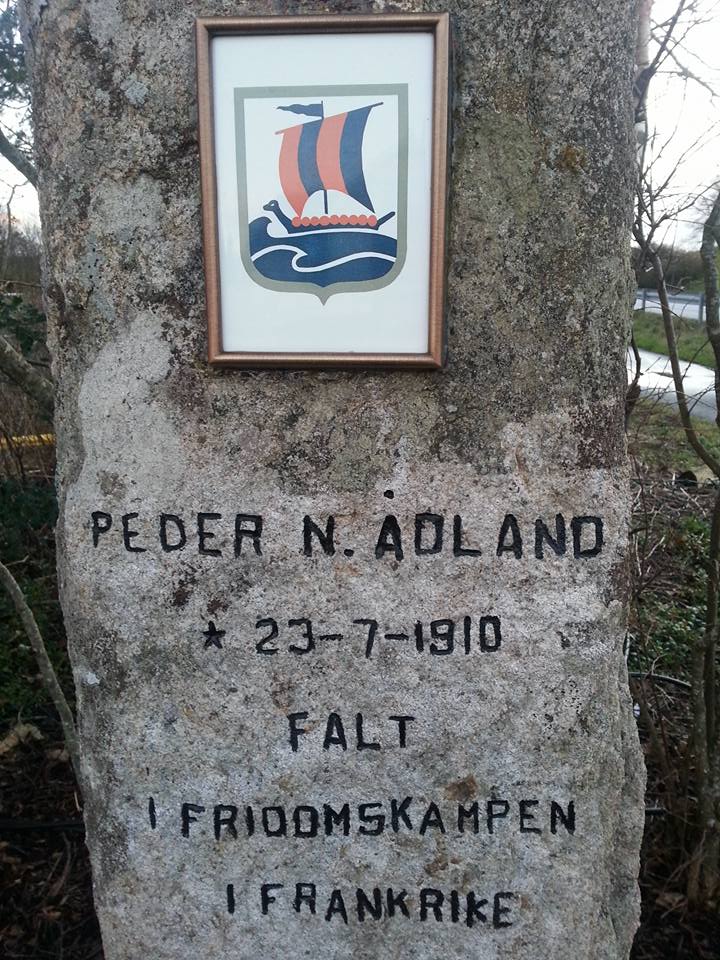 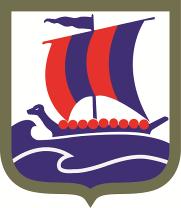 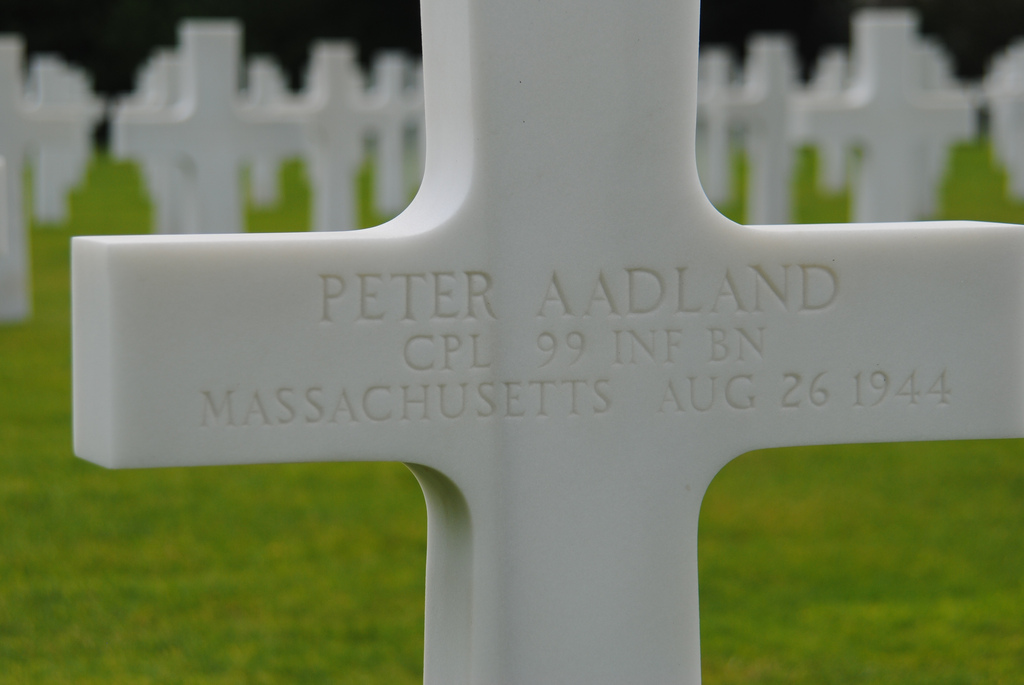 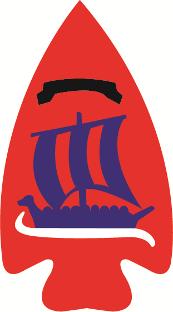