<< Back to Consdorf - aerial bomb 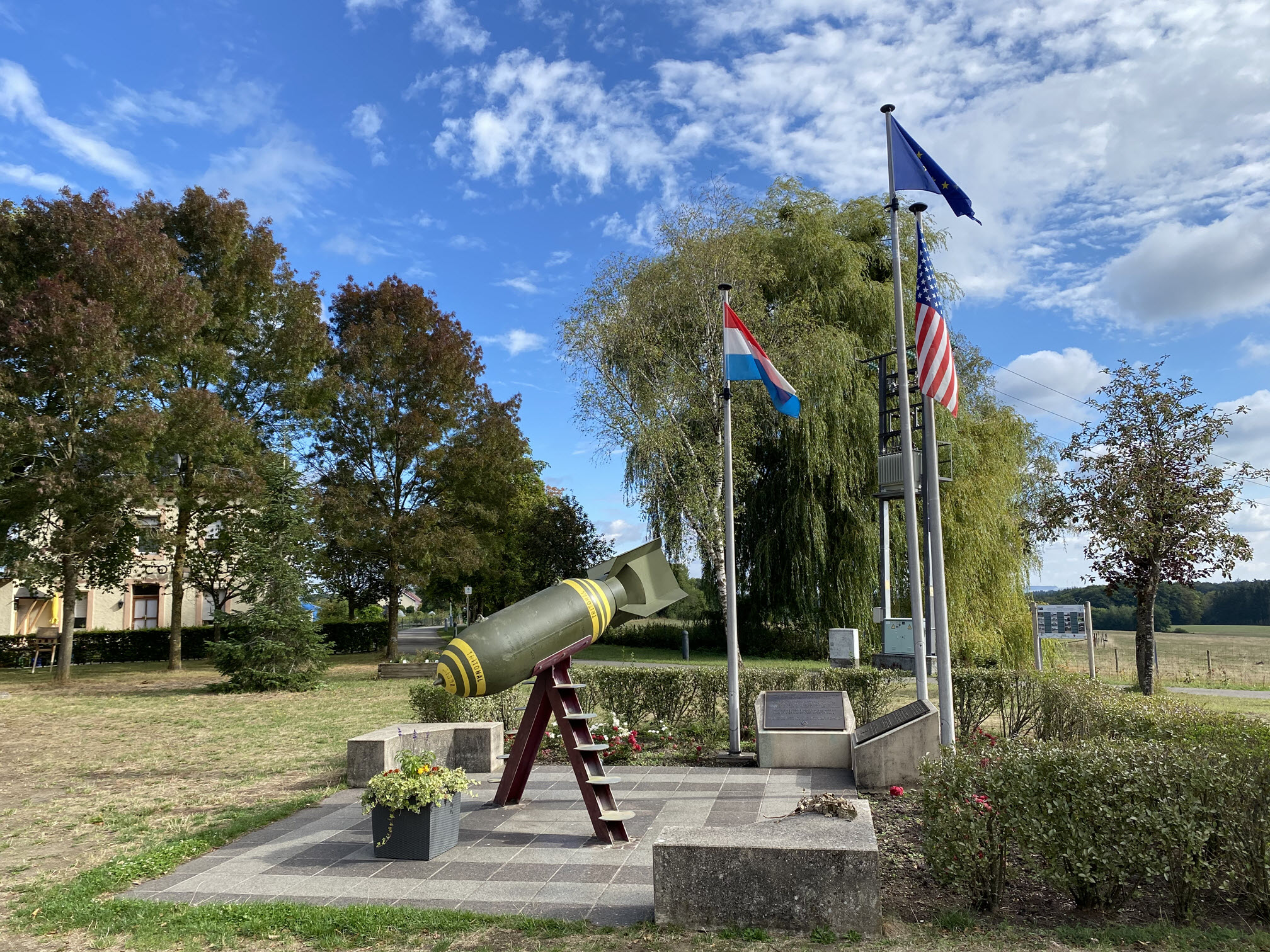 Located in small park at edge of Consdorf. Marker 900 Kg aerial bomb and plaque about aerial bomb found near Consdorf in Oct. 1990. Bomb was dropped in the autumn of 1944 by a B17F of the 8th Air Force to unballast the aircraft.

In October 1990 this aerial bomb, equipped with an infernal rocket, was dug out and defused under especially hazardous conditions by the mine clearance department of the Luxembourg army.
Returning from a mission to Germany in autumn 1944, a bomber plane of the type B17F "Flying Fortress: of the 9th "U.S. Army Air Force" had to unballast against its will two delayed-action bombs each weighing 907 kgs and loaded with 447 kgs of tritonal.
Penetrating fields near the villages of Consdorf and Breidweiler, they dug six-meter deep bomb craters.
Half a century later, a specimen was put in this place to remember one of the most murderous wares of all times.
The council of Consdorf 1994. 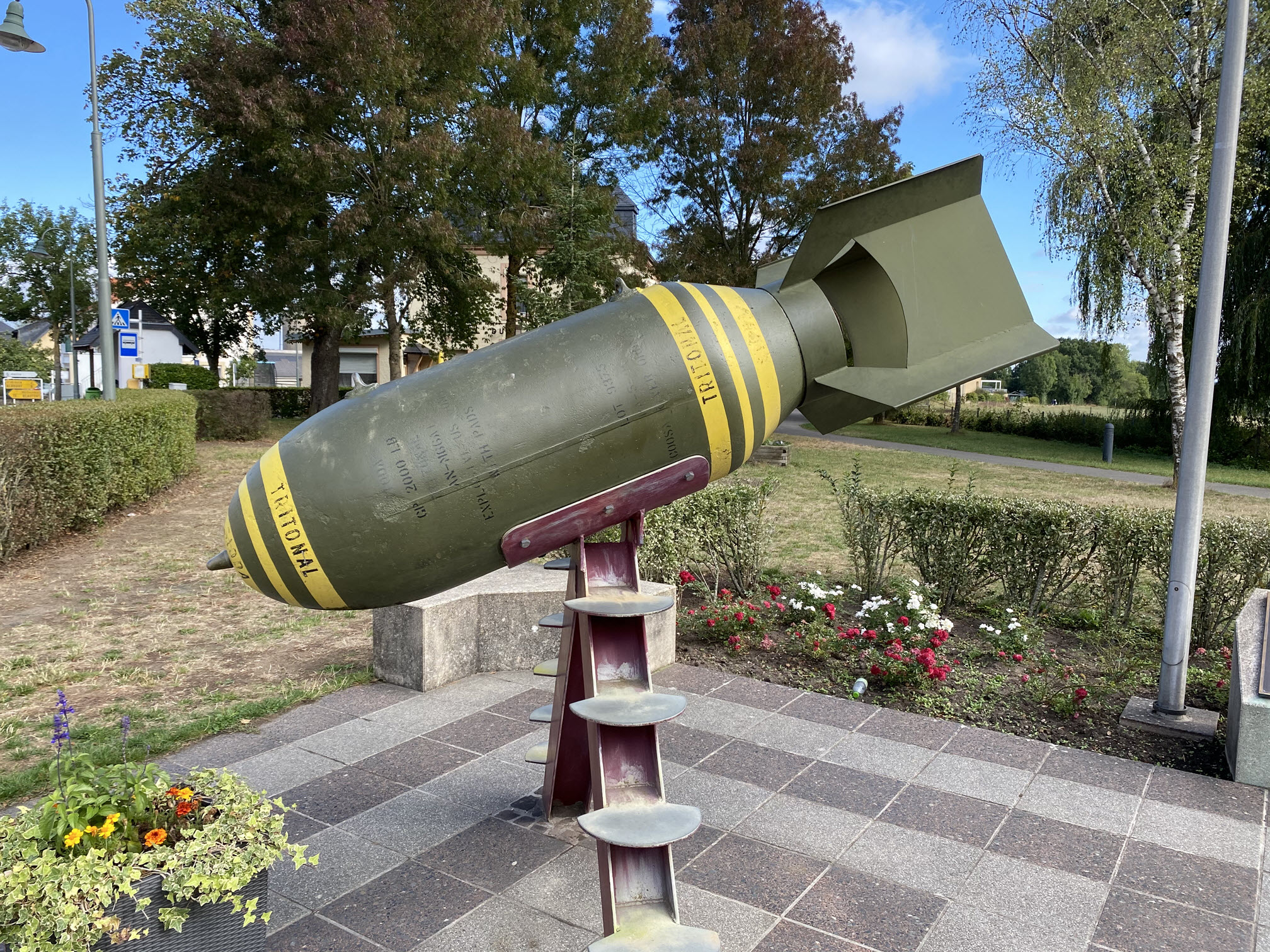