<< Back to Western Cemetery 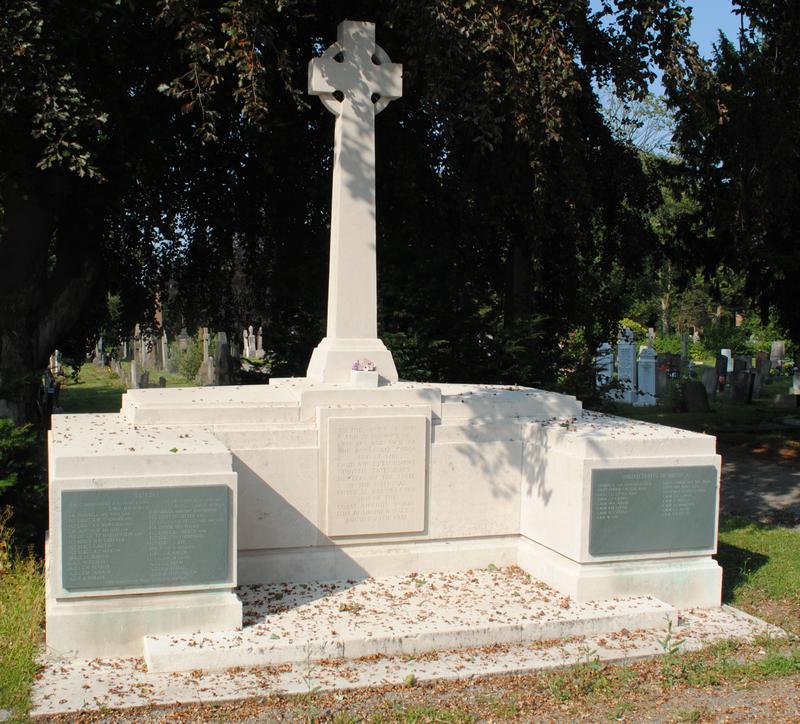 At the left wing of the cemetery.

Free-standing stone chest topped with stone cross. Low stone chest has lower projections at either end with bronze plaques listing all the names of those who died in the disaster. On the left plaque lists the 28 British servicemen and, on the right, the 16 American servicemen who died on August 24, 1921. The center plaque bears the dedication message. This airship, R38/Z.R.2, was constructed at Howden. It exploded and fell into the River Humber on its final trial flight.

The R38 class (also known as the A class) of rigid airships was designed for Britain's Royal Navy during the final months of World War I, intended for long-range patrol duties over the North Sea. Four such airships were originally ordered by the Admiralty, but orders for three of them (R39, R40 and R41) were cancelled after the armistice with Germany and work on the lead ship of the class, R38, continued only after the United States Navy had agreed to purchase her. At the time of her first flight in 1921, she was the world's largest airship. The American designation ZR-2 was already painted on the hull before its four completed test flights and in preparation for a final trial flight and delivery to Lakehurst. On August 24,1921, ZR-2 was destroyed by a structural failure while in flight over the city of Hull and crashed into the Humber estuary, killing 44 out of the 49 crew aboard. This disaster resulted in more deaths than the more famous Hindenburg disaster that killed 36.

TO THE GLORY OF GOD

AND IN MEMORY OF

OFFICERS AND MEN OF

MEMBERS OF THE STAFF 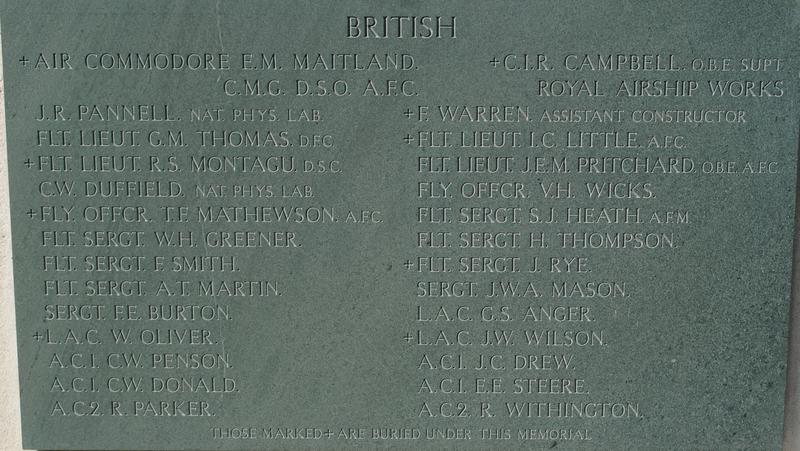