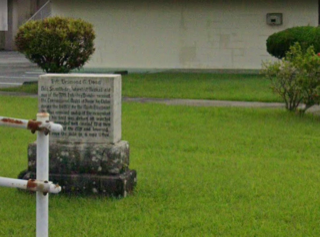 In the grass area in front of the church along the road.

The monument is an inscribed carved stone about 4 feet high.

The monument remembers the heroism of US Army medic Corporal (then Private First Class) Desmond Doss, who became the first conscientious objector to be awarded the Medal of Honor, for his bravery at Hacksaw Ridge (Maeda Escarpment) in May 1945.

Doss served in the Medical Section of the 307th Infantry Regiment, 77th Infantry Division.  Doss is credited Doss with rescuing 75 men trapped at the top of the escarpment by lowering them with a special knot he knew. He had miraculously not been wounded and stayed in the fight with B Company.

On October 12, 1945, President Harry S. Truman presented Doss with the Medal of Honor in a ceremony on the White House lawn. Truman shook Doss’s hand and told him, “I’m proud of you. You really deserve this. I consider this a greater honor than being president.”

The 2016 movie “Hacksaw Ridge” depicts Doss’s life and heroism on the battlefield.

The monument was dedicated in Doss’s presence in 1995 during 50th Anniversary celebrations of World War 2 on Okinawa.

The text on the monument is written in Japanese on one side and English on the other.  The English reads:

the Congressional Medal of Honor for Valor

during the battle for the Maeda Escarpment

Pfc Doss remained on top of the escarpment

after his unit was driven off searched

for the wounded men carried 75 of them

to the edge of the cliff and lowered

them over the side in a rope litter." 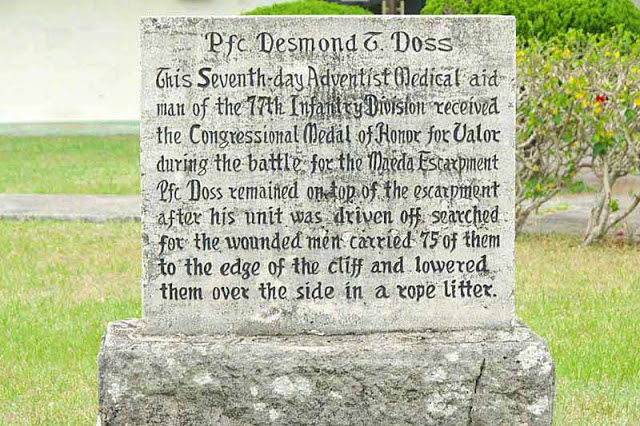 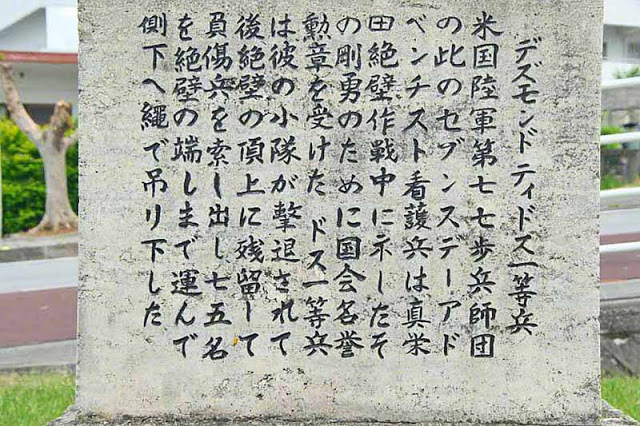 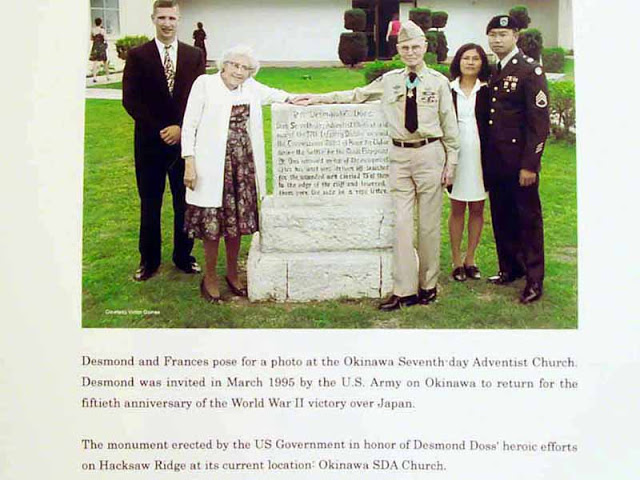 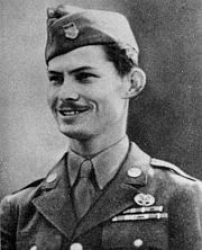