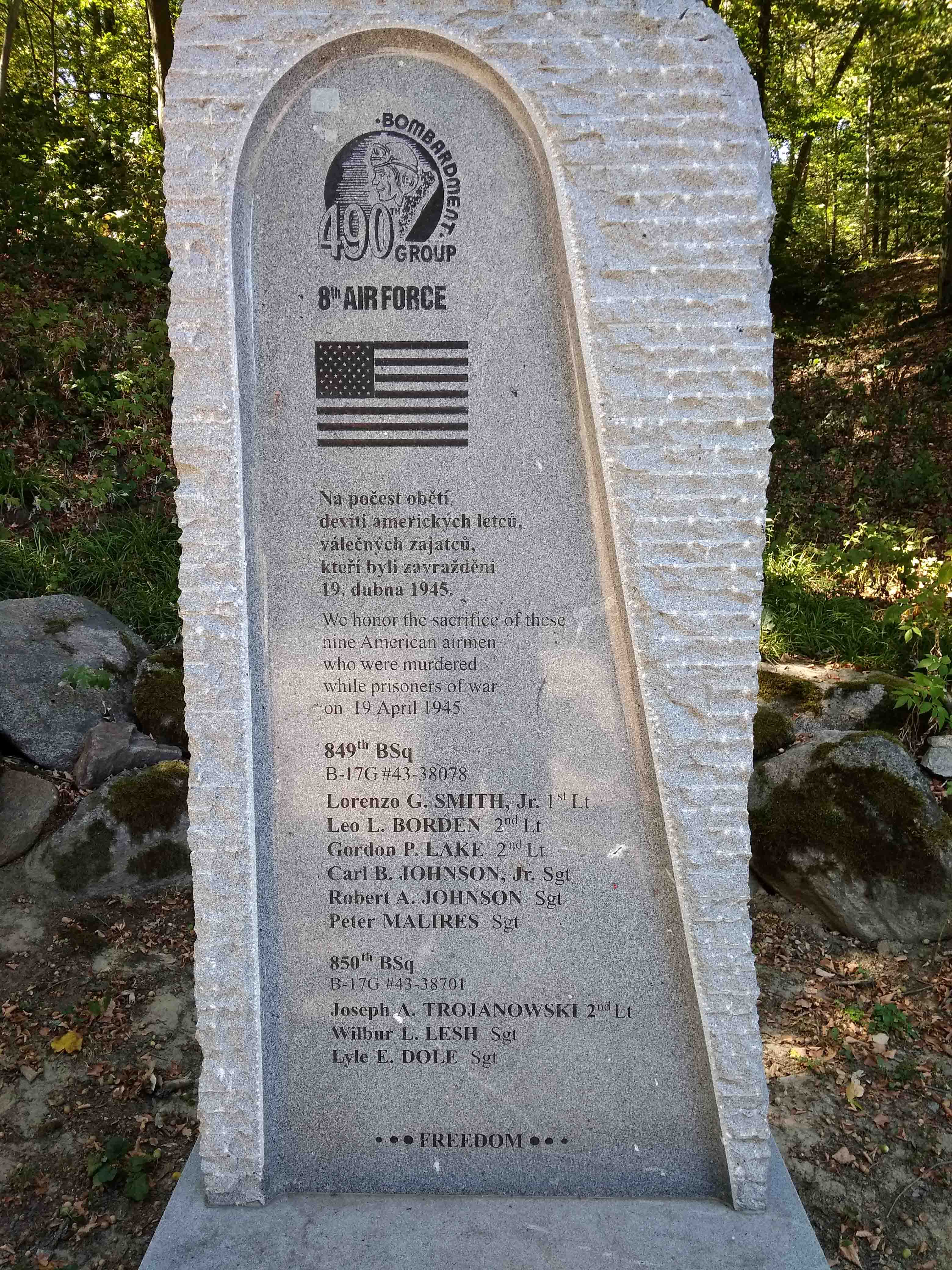 On the north side of the road.

A grey, vertical rectangular, rough-hewn stone inscribed in English and Czech text, incised in black lettering. On its front is a smooth carved plane’s wing with the 490th Bombardment Group’s insignia on the top. Below it, is the US Flag and the dedication message. The monument was dedicated in memory of the nine U.S. bomber crew members who were killed in the area eleven days before the end of the war.

The 157th mission of the 490th Bomb group on April 19, 1945 sent thirty bombers to hit the railroad yards at Aussig, Czechoslovakia. The 490th Bomb Group formation was attacked by ME-262 jetfighters as it made a 270 degree over Prague to get back to the initial point and start the bomb run. Four bombers in the low squadron were shot down or damaged before they reached the target.

The plane B-17G 43-38078 belonged to the 850th Bomber Squadron while the B-17G 43-38701 belonged to the 849th Bomber Squadron. Both aircraft were heavily damaged by anti-aircraft fire and only some crew members managed to parachute. A garrison of German Waffen SS troops was stationed at Konopiste Castle near Benešov. Ten of the downed parachuting airmen landed inside SS Training Grounds and the SS troopers had been waiting as they floated down. One man was instantly killed, one managed to escape into the forest and eight were taken prisoners.

The captured airmen were interrogated, robbed of their valuables and dog tags. Each man was executed by a pistol to the castle sometime after midnight. The SS squad then placed the bodies in a wagon and drove to a field two miles away. They buried their victims in a common grave and covered it with a haystack. The unmarked grave was discovered a few months later by a Czech farmer.

On the 15th January 1947, the bodies of the eight murder victims were exhumed by US troops and taken away to the Ardennes American Cemetery at Neuville en Condros, Belgium.