<< Back to Lavenham Church 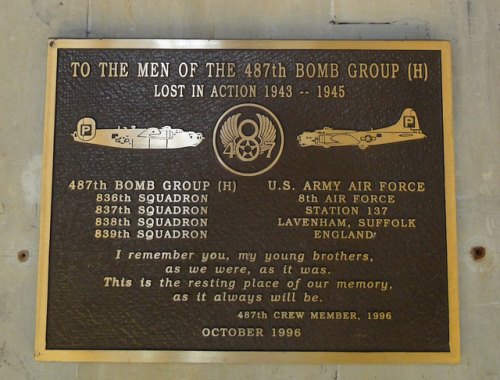 Affixed on the inside wall at the south-east side of the church below the The Flag of the US certificate plaque.

A rectangular, horizontal bronze plaque with raised borders and lettering, inscribed in English text. The top is decorated with the insignia of the 487th Bomb Group along with a side view of a B24 Liberator and a B17 Flying Fortress with “Square-P” as their tail code. The plaque commemorates the airmen of the 487th Bomb Group who were missing in the Second World War.

The 487th Bomb Group arrived at RAF Lavenham / Station 137 in April 1944. The group flew both the B-24 Liberator and the B-17 Flying Fortress as part of the Eighth Air Force's strategic bombing campaign and began combat in May 1944. The group tail code was a "Square-P" or "Box-P." The group returned to Drew AAF Florida during August–September 1945

I remember you, my young brothers,

This is the resting place of our memory,

as it always will be. 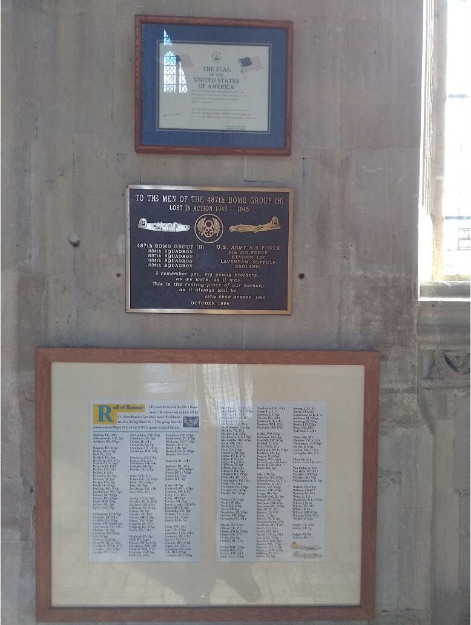