<< Back to Warsaw – US Embassy 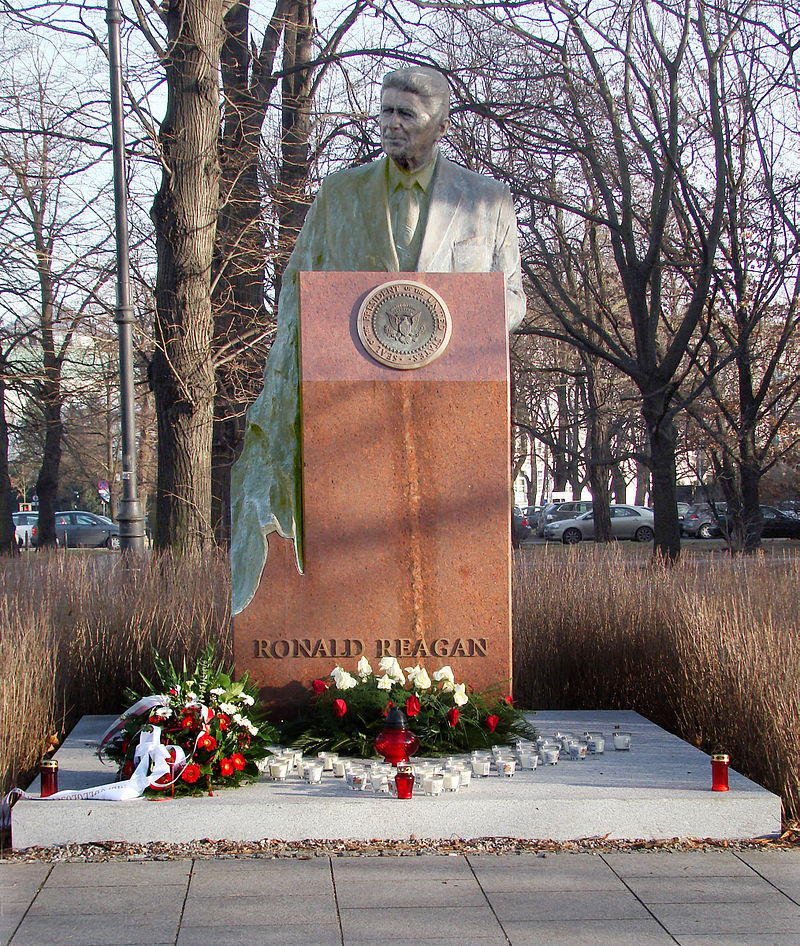 In a small garden on the opposite side of the street across from the US Embassy in the Aleksander Rembielinski’s Palace.

A bronze statute of President Ronald Reagan standing behind a podium.

The Ronald Reagan Monument was erected to honor the 40th President of the United States and his role in supporting the Polish anti-communist labor union Solidarity. The monument faces the U.S. Embassy building. The monument was unveiled on November 21, 2011 by Lech Wałęsa. 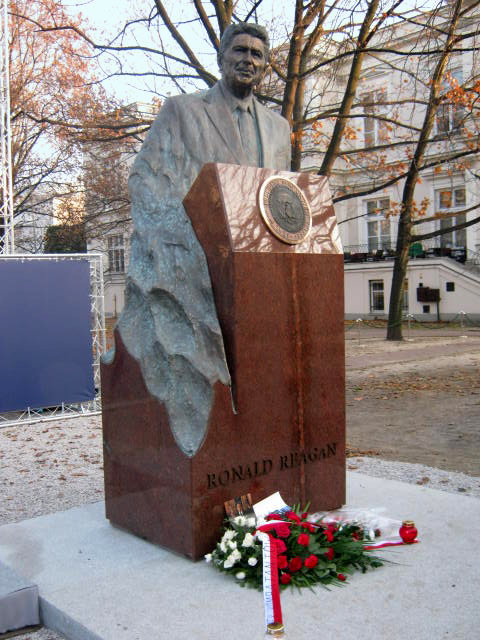 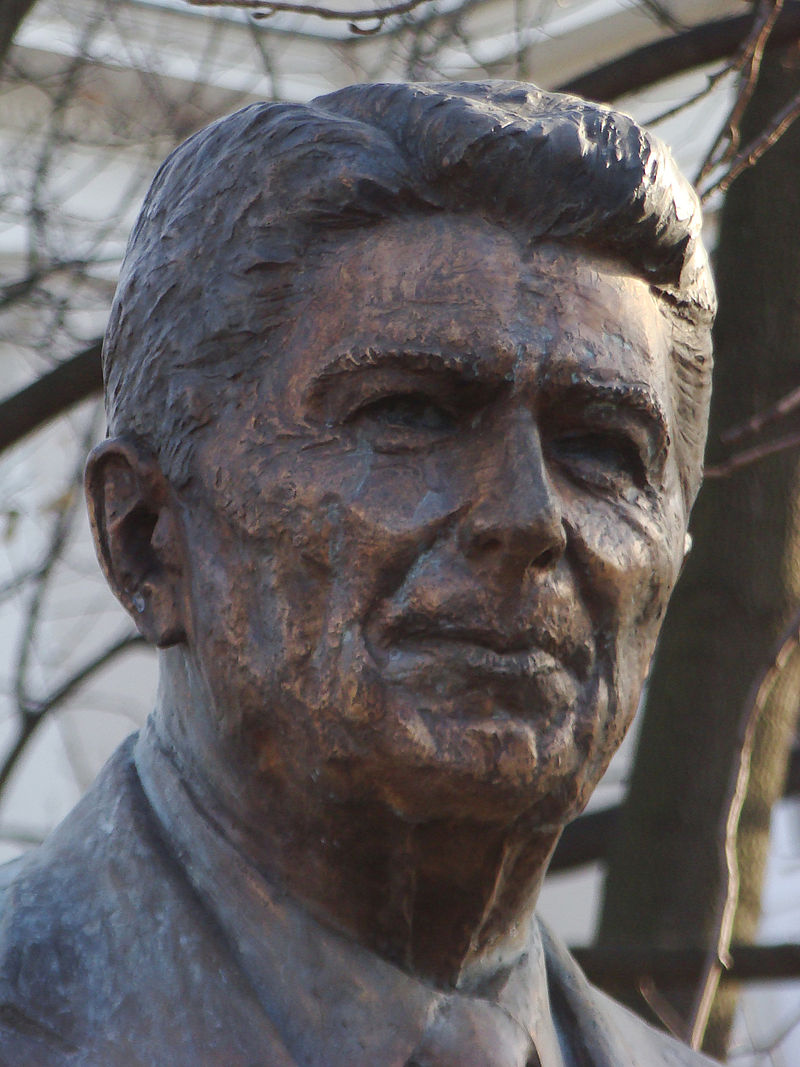 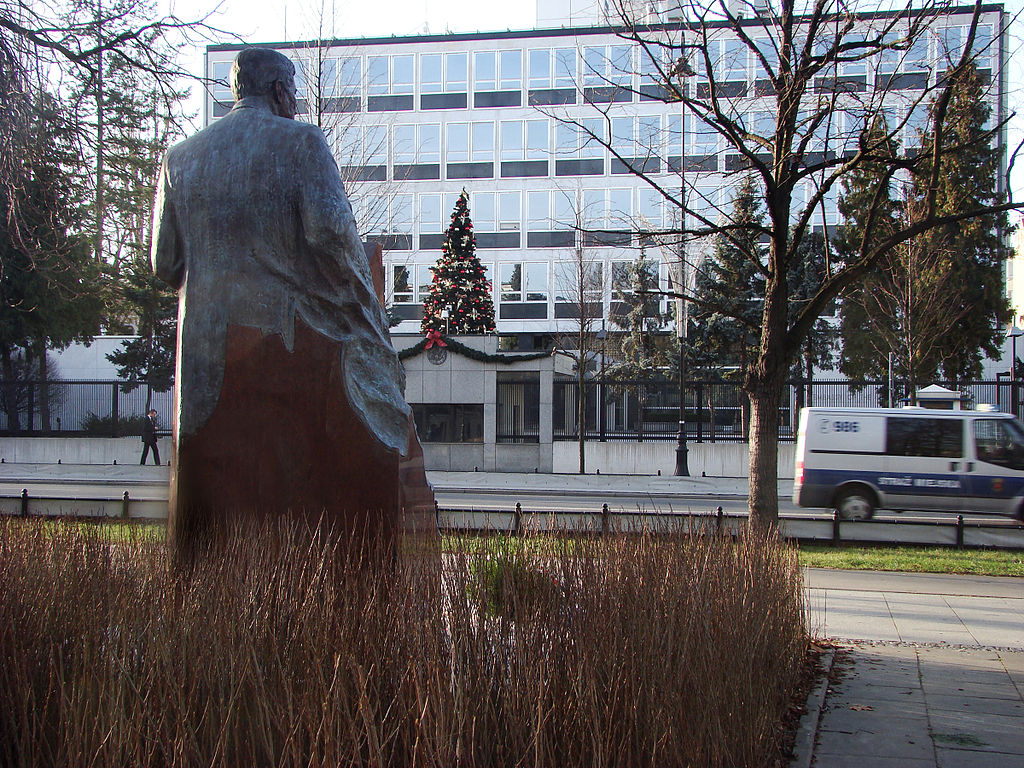