<< Back to Kingston Bagpuize with Southmoor

On the south side of the junction.

A set of 5 stones each with inlaid slate plaques in a crescent formation. The plaques are Welsh slates, dense, and in contrasting grey. They are inscribed in English in incised lettering. The memorial tells the strategic story of the two world wars and the individual stories of all the men - 10 local men who gave their lives and 15 Airmen, including Canadians and Americans, who were killed in the village. The Stones are 150 million years old Corallian Limestone 'Doggers' - not hewn from a quarry. The Crescent design is a simple arc-amphitheater in which to reflect upon the whole or to study, remember, honor the individual.

The five stones contain different commemorations which are the following:

Stone 1: All local men who have been killed for our freedoms since 14 October, 1066 (Hastings) with the general dedication "by these stones, we will remember them".

Stone 3: Fourteen Allied Air Crew, killed on top of and around the village in WWII. Men from far away who were killed here. Reunited as crews which include the 8 British RAF men, 3 American USAAF men, and 3 Canadian RCAF men.

Stone 4: RAF Horsa and Oxford Training Crew - and US 9th Army Air Force, Engineering Battalions, and other US Army units based in the village and at Airfield Base 403, up until their deployment to Normandy in 1944.

Stone 5: Those who have continued to die in conflicts since WWII.

All names are listed in the order in which they died (not alphabetically) so that the plaques better tell their story against the broad canvas of war. A 6th plaque affixed on the back of Stone 3 tells 'The Story of The Stones' and includes a geological explanation for the school children.

ABOVE, ON AND AROUND OUR VILLAGE IN WWII 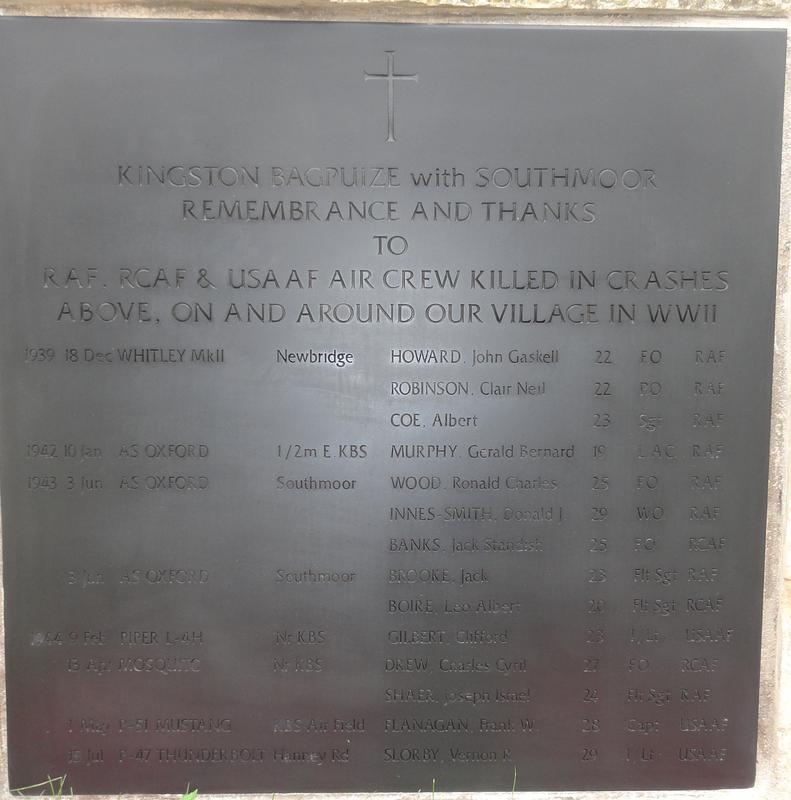