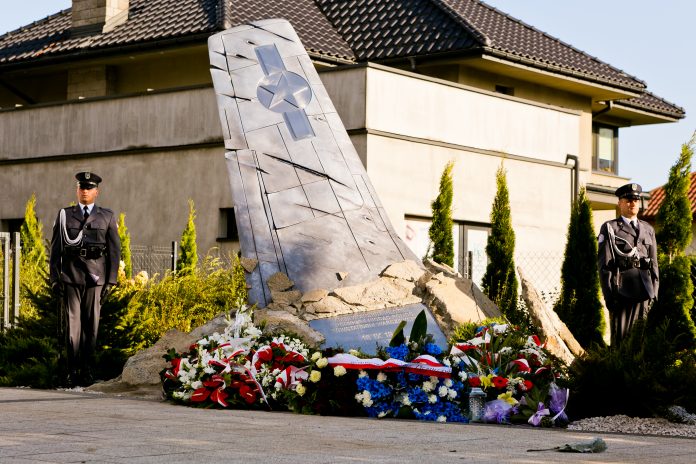 In the school courtyard.

The monument is the shape of a P-51 “Mustang” fighter plane wing; the wing is frayed by bullets, but it does not look like hammered into the ground by the falling, instead, it protrudes from the ground as if the wing was emerging from the ruins of destroyed Warsaw. The jagged wing makes an impression of being reborn, like a phoenix from the ashes. The idea was to show that these pilots have not been defeated by death but willing to continue fighting” (explains, the major donor  and idea for the memorial, Polish-American Mr. Tomasz Krasoń). A small inscribed stainless plaque sits at the base of the monument.

The memorial was dedicated on September 18, 2019 exactly 75 years after their death of the pilots. This date also commemorates the birthday of the US Air Force.

On September 18, 1944, Peters flying P-51 (44-13675) and Vigna flying P-51 (42-103317) flying from Steeple Morden (AAF Station F- 122) were two of 64 fighters from the 355th FG to support 110 B-17 dropping supplies to Polish Resistance Fighters fighting the enemy during the Warsaw Uprising.  The bombers and fighters were flying on an Operation Frantic (Frantic VII) where bombers would shuttle between England, the Soviet Union and Italy. Planes were scheduled to land in the Soviet Union during this last Operation Frantic mission.

While flying over Warsaw, the formation was attached by BF-109 fighters and one B-17 and the P-51s of Peters and Vigna were shot down. Vigna and Peters were downed near the village of Kątne and Stara Wrona in the Nasielsk vicinity. Both were buried locally and their bodies repatriated to the US in 1948 (Reference Missing Aircraft Reports {MACR} 9238 & 9239).

The text on the plaque is written in Polish and English.  The English reads:

IN MEMORY OF THE AMERICAN PILOTS

OF THE 8TH AIR FORCE 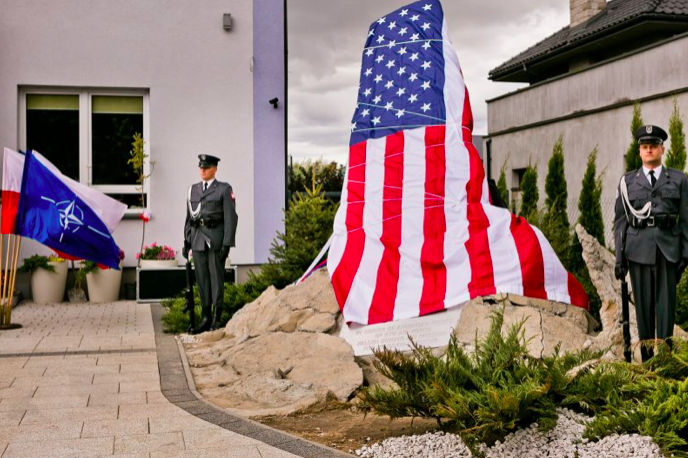 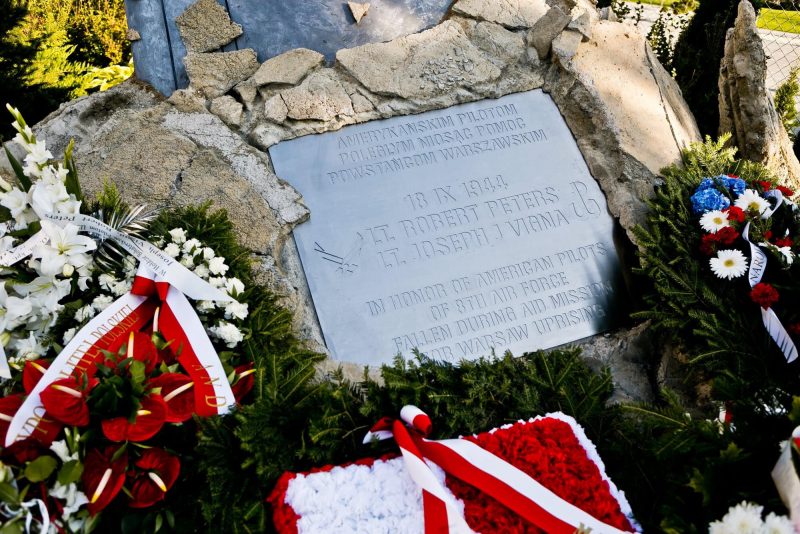