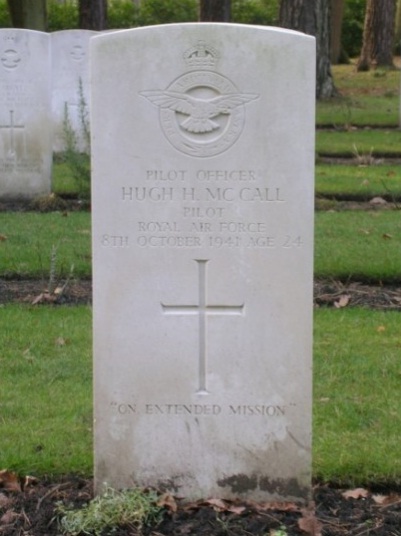 PO Hugh Harrison McCall was a pilot in the 133rd Eagle Squadron, a squadron made up of mostly American citizens.  He was killed on October 8, 1941 while transiting in his aircraft and crashed on the Isle of Man.

Brookwood Military Cemetery covers about 37 acres (15 and is the largest CWGC in the United Kingdom. The land was set aside during World War I to provide a burial site for men and women of Commonwealth and American armed forces who died in the United Kingdom of wounds. It now contains 1,601 Commonwealth burials from World War I and 3,476 from World War II (the latter including 3 unidentified British and 2 unidentified Canadian airmen). Within this, there is a particularly large Canadian section, which includes 43 men who died of wounds following the Dieppe Raid in August 1942. Two dozen Muslim dead were transferred here in 1968 from the Muslim Burial Ground, Horsell Common. The cemetery also has 786 non-Commonwealth war graves, including 28 unidentified French. It also contains Polish, Czech, Belgian and Italian sections

The text on the grave is in English and reads: 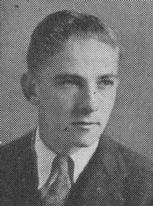