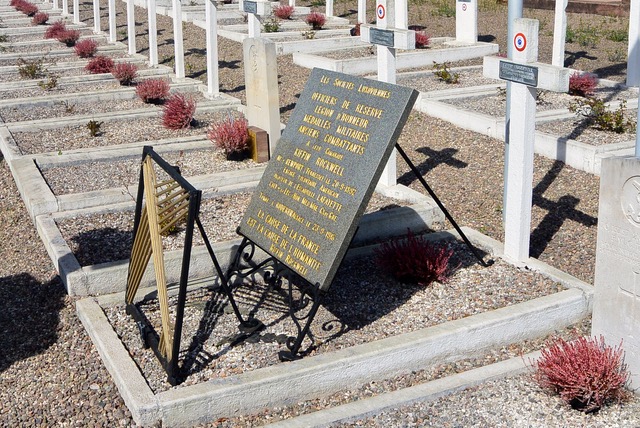 The site includes one isolated burial (ISOB) of an American who was killed in 1916 while flying with the Lafayette Escadrille during WW1 in France.

Kiffin Yates Rockwell was born in 1892 in Newport, Tennessee, the son of James Chester Rockwell and Loula Ayres.. After completing his preparatory schooling at the Orange Street School in Asheville, North Carolina, he enrolled at the Virginia Military Institute on February 1, 1909 at the age of 16 years 4 months and subsequently enrolled in November 1909 at Washington & Lee University where his brother, Paul, was also a student. Kiffin left college in 1911 and worked for an advertising agency in Atlanta until 1914.

The Rockwell brothers were passionately concerned about the impending European war and were determined to fight for France; both men volunteered to serve in the French army shortly after beginning of the First World War. In August 1914 they enlisted in the French Foreign Legion and by early October were in the trenches as members of Battalion C of the Second Marching Regiment of the Second Foreign Battalion. In March 1915 applied for transfer and joined the 1st Regiment of the Moroccan Division. In May 1915 he was wounded by machine gun fire at La Targette. After convalescing, and with the encouragement of a fellow Legionnaire, he requested a transfer to the French aviation service.

Rockwell was accepted by the Service Aeronautique, began flight training in September 1915 and in April became one of the founding pilots in the squadron initially known as the Escadrille Americaine (later called the Lafayette Escadrille). In May 1916, while on patrol at the front, he became the first American pilot to down an enemy plane. Rockwell subsequently flew dozens of patrols and fought in many air battles, gaining fame for his skill and courage. His final combat took place on September 23, 1916, when his Nieuport was downed by the gunner in a German Albatross observation plane near Rodern, France.  Rockwell is buried in the cemetery at Luxeuil-les-Bains, France.

His brother Paul, also fought in France in WW1 with the French Foreign Legion.  He was wounded in 1914 and hen stayed in France photographing the Lafayette  Escadrille through 1917.

From the Mémoire des homes (French Ministry of Defense) Website:

A cenotaph remembers Rockwell in Tennessee.

The text on the grave cross reads in French:

The text on the marble inscribed information marker further describes Rockwell’s service with the Lafayette Escadrille and the honors he received. 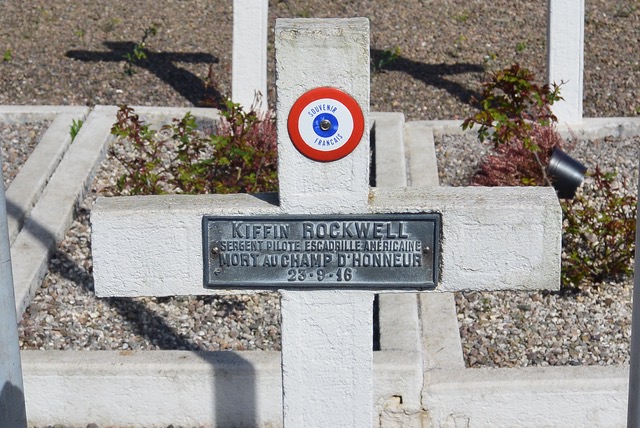 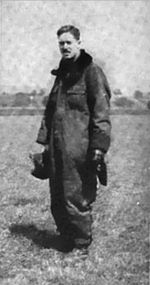 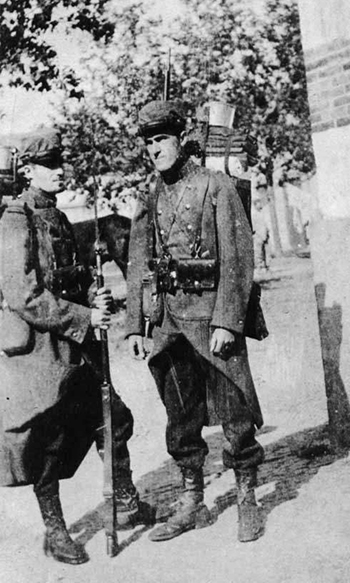 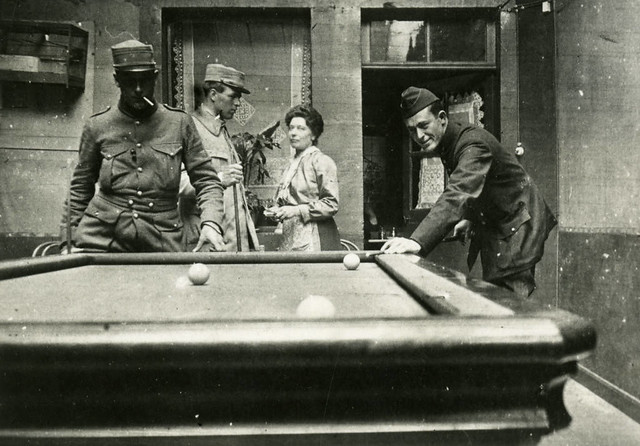 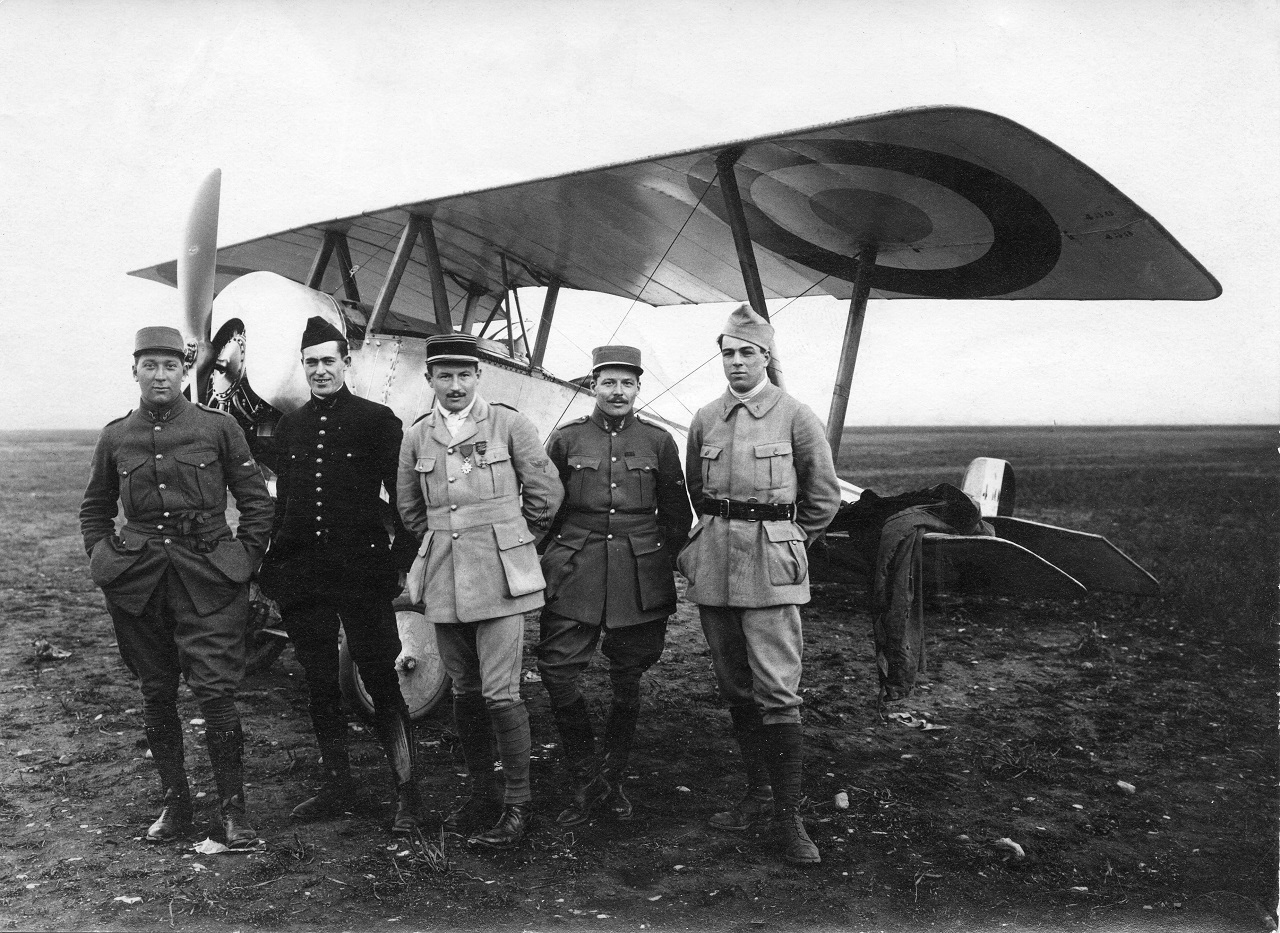 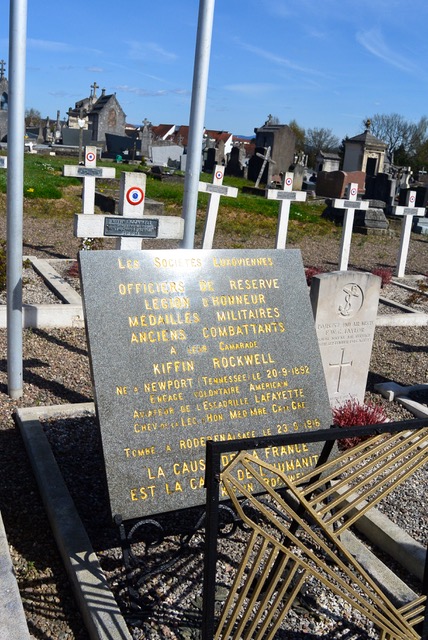