<< Back to Metfield Church 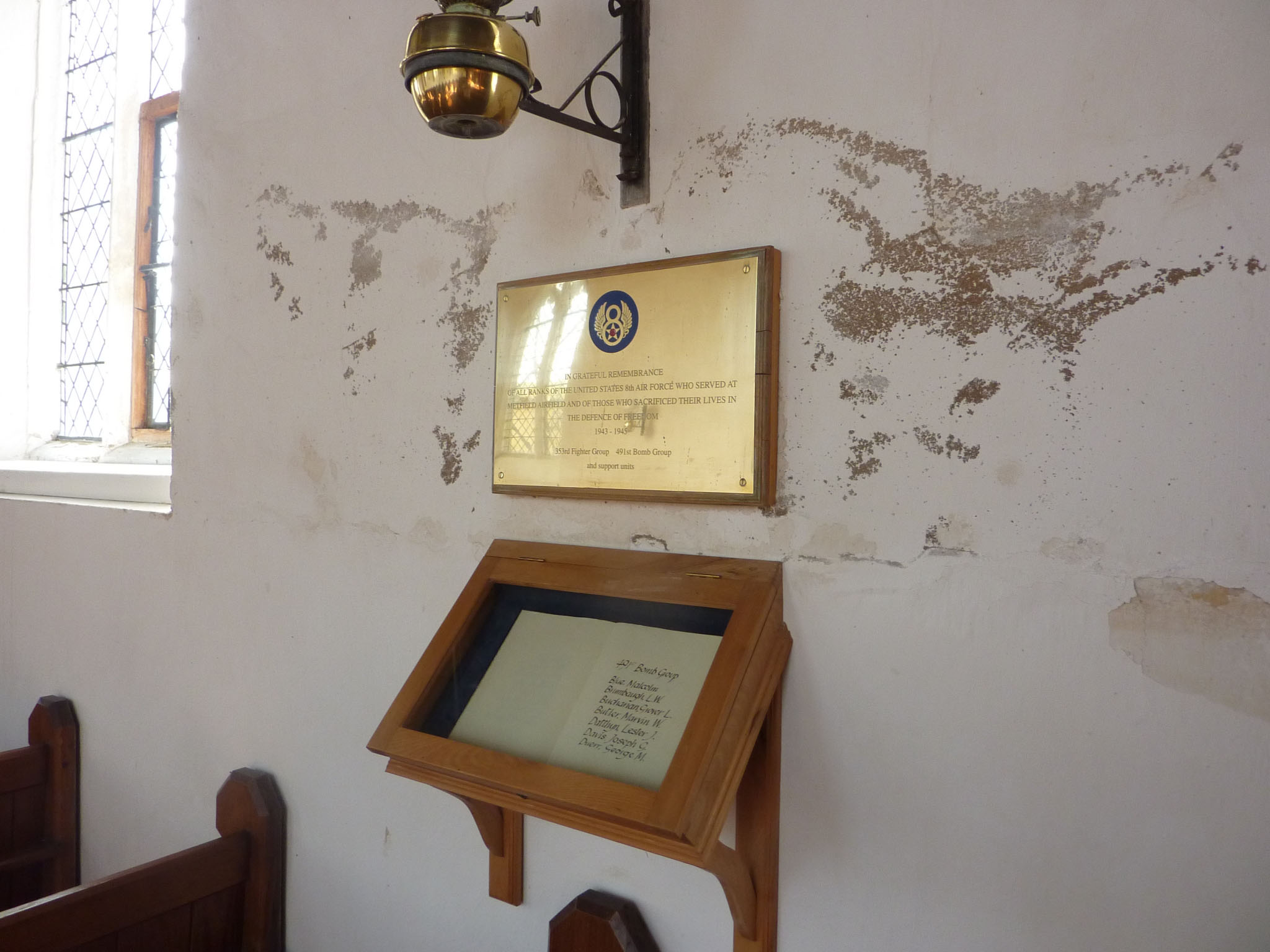 A brass plaque mounted on a wooden board with the 8th Air Force insignia depicted at the top centre. Below the plaque is a book of remembrance containing the names of the airmen.

The RAF Metfield airfield was built for the United States Army Air Forces (USAAF) Eighth Air Force as a heavy bomber field. During the Second World War, it was known as USAAF Station 366. Metfield was one of the most isolated Eighth Air Force stations in Suffolk.

The first American occupants of Metfield was the 353rd Fighter Group, moving in from RAF Goxhill on 3 August 1943. The 353rd was assigned to the 66th Fighter Wing, at Sawston Hall, Cambridge.

Operational squadrons of the 353d were:

Group markings were black, yellow, black, yellow spinners, with a 48-inch black and yellow check band around the cowling to the end of the exhaust stubs.

Equipped with Republic P-47D Thunderbolts, operations commenced on 12 August 1943. It was the fourth P-47 unit to join the Eighth Air Force. From Metfield the 353rd flew numerous counter-air missions and provided escort for bombers that attacked targets in western Europe, made counter-air sweeps over France and the Low Countries, and dive-bombed targets in France.

With the departure of the P-47's of the 353d, a Consolidated B-24 Liberators bombardment group, the 491st Bombardment Group (Heavy) moved in. The 491st starting arriving on 15 May and the last aircraft arrived on 30 May 1944.

The 491st was assigned to the 95th Combat Wing at RAF Halesworth. The group tail code was a Circle "Z". Its operational squadrons were:

The squadrons were unusual in it having its ground complement recruited from other stations of the 2nd Air Division. The group commenced operations on 2 June 1944.

The 491st attacked airfields, bridges, and coastal defenses both preceding and during the invasion of Normandy. After D-Day, the unit concentrated its attacks on strategic objectives in Germany, striking communications centers, oil refineries, storage depots, industrial areas, shipyards, and other targets in such places as Berlin, Hamburg, Kassel, Cologne, Gelsenkirchen, Bielefeld, Hannover, and Magdeburg.

On one occasion the 491st attacked the headquarters of the German General Staff at Zossen, Germany.

METFIELD AIRFIELD AND OF THOSE WHO SACRIFICED THEIR LIVES IN

THE DEFENCE OF FREEDOM 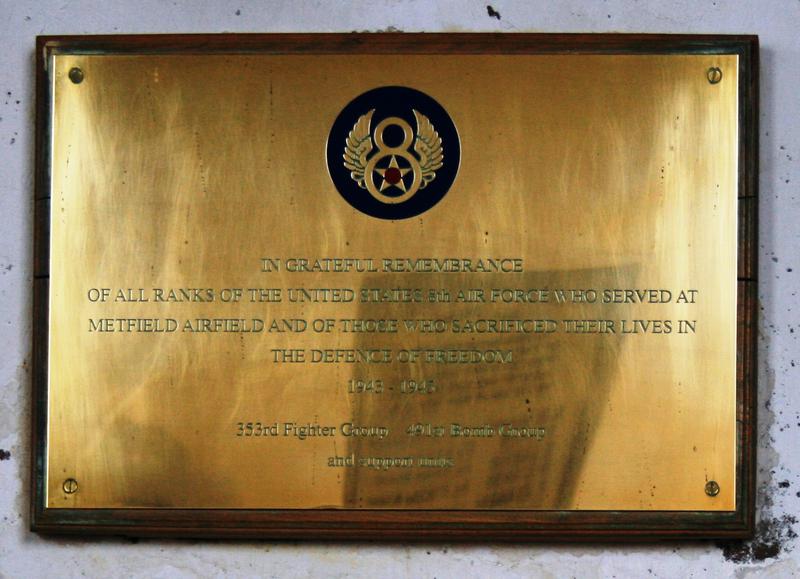