<< Back to Costessey Church 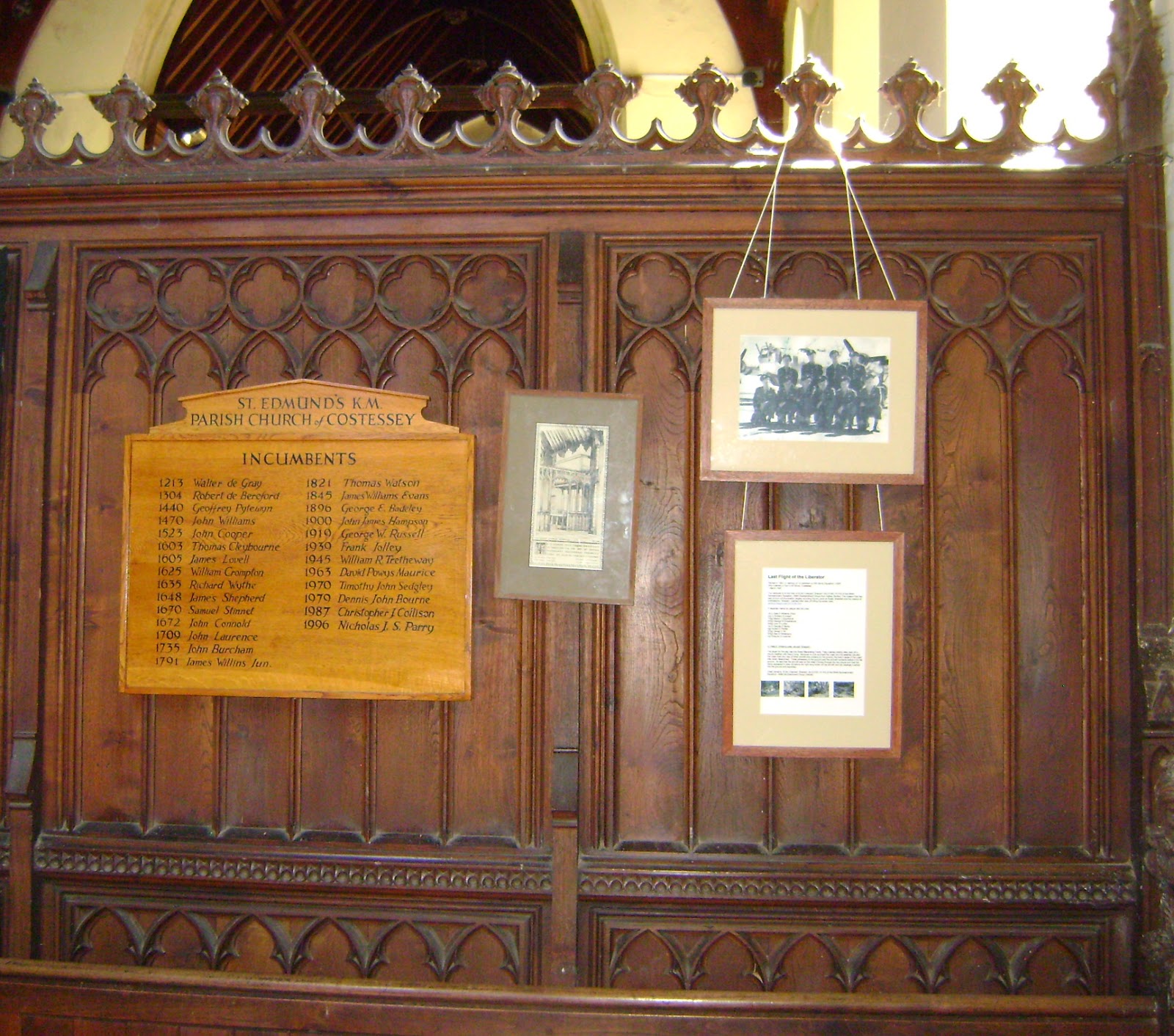 Within the church, at the rear, hanging on the rood screen.

Two printed papers framed with a glass pane and wooden border; one of a photograph of the aircrew, and the other with details of the Liberator, its crew, and the crash. The plaques pertain to the crew of the B-24J #42-51343 'Shazam' who died in the crash of their airplane in Carr's Hill Wood, Costessey, on March 7, 1945. There are 2 more memorials relating to the crew and the crash; one is outside the church and the other is in the Costessey cemetery.

Last Flight of the Liberator

was oil and communication targets including the rail yards at Soest, Bielefeld and the viaduct at

Schildesche. 'Shazam' crashed after take off killing the entire crew.

The target for the day was the Soest Marshaling Yards. They crashed shortly after take off in

cloudy weather with heavy icing. Because no one survived the crash and the weather clouded

the crash from the view of other aircraft and civilians on the ground, the exact cause of the crash

was never determined. Three witnesses on the ground saw the aircraft moments before it hit the

ground. All said that the aircraft was on fire when it broke through the low clouds and that the

into the ground and exploded. 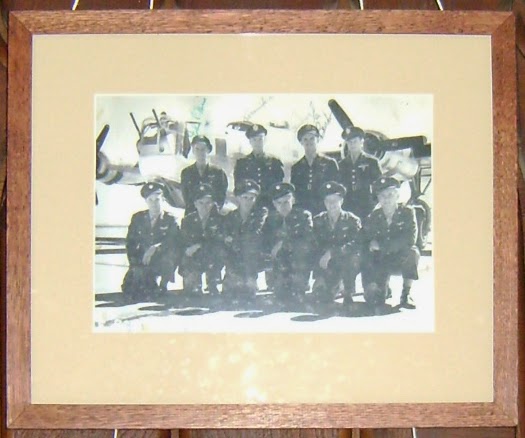 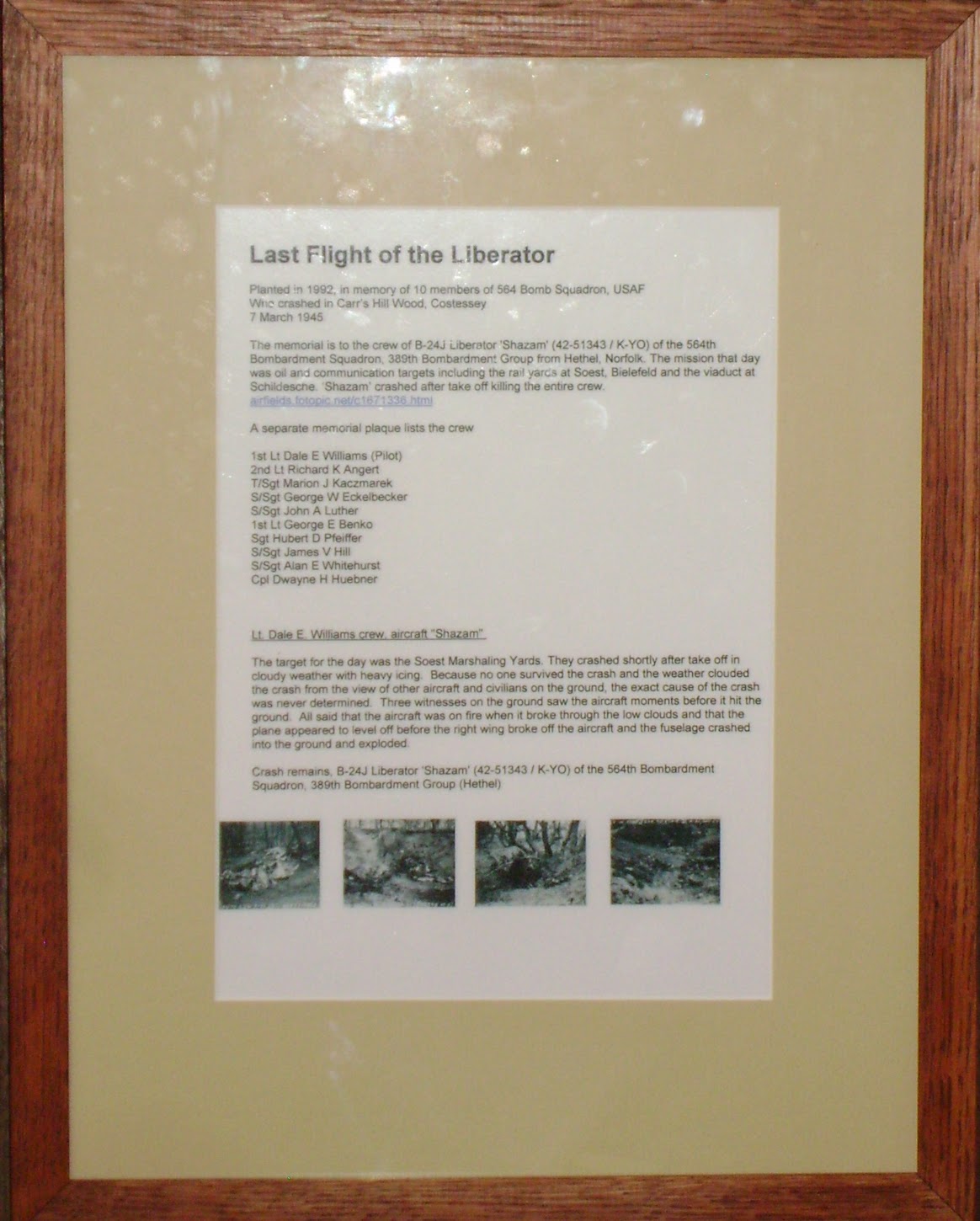