<< Back to Silver End 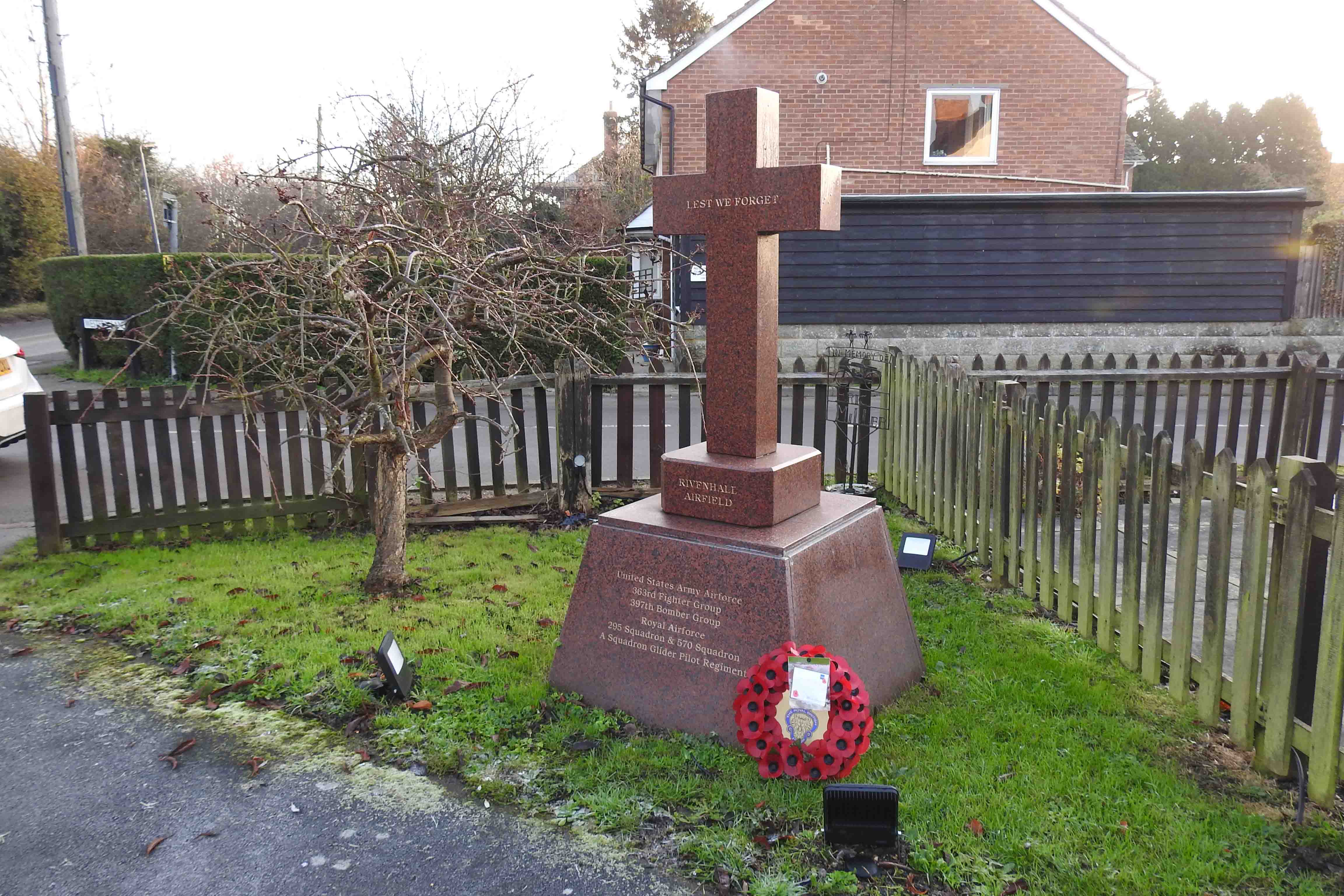 On a small garden to the left, right upon entering the pub ground.

A Latin cross on a square base set on a trapezoidal plinth all in polished red granite with the inscription in English in gold lettering. The memorial was unveiled on May 1, 2004. RAF Rivenhall is a former Royal Air Force station located in Silver End. The disused airfield is close to The Western Arms pub that was popular with airmen from the base. The monument remembers the brave airmen from the RAF and United States Airforce who flew from here and lost their lives in active combat missions during World War II. The pub values its history and has many interesting framed pictures and documents relating to RAF Rivenhall and its important chapter in the history of Essex.

Rivenhall was known as USAAF Station AAF-168 for security reasons by the USAAF during the war, and by which it was referred to instead of the location. Its USAAF Station Code was "RL".

On 22 January 1944, a squadron of the 363d Fighter Group arrived from RAF Keevil where it had been awaiting equipment. The group had been selected as the third in the European Theatre to be equipped with the new North American P-51B Mustang. The group consisted of the following operational squadrons:

On 14 April 1944, as part of a general movement of Ninth Air Force fighter units in the Colchester area to the advanced landing grounds, the 363d moved to RAF Staplehurst. The actual movement of all elements had begun two days previously.

On the day following the departure of the 363d, the first Martin B-26 Marauders of the 397th Bombardment Group arrived from RAF Gosfield. The group consisted of the following operational squadrons:

The group's identification marking was a yellow diagonal band across both sides of the vertical tailplane.

Early in August, officially on the 5th, the 397th transferred from Rivenhall to RAF Hurn in Hampshire, to give the Marauders a better radius of action as the break-out of the Allied forces from the Normandy beachhead meant that potential targets were receding.

On the base of the cross: 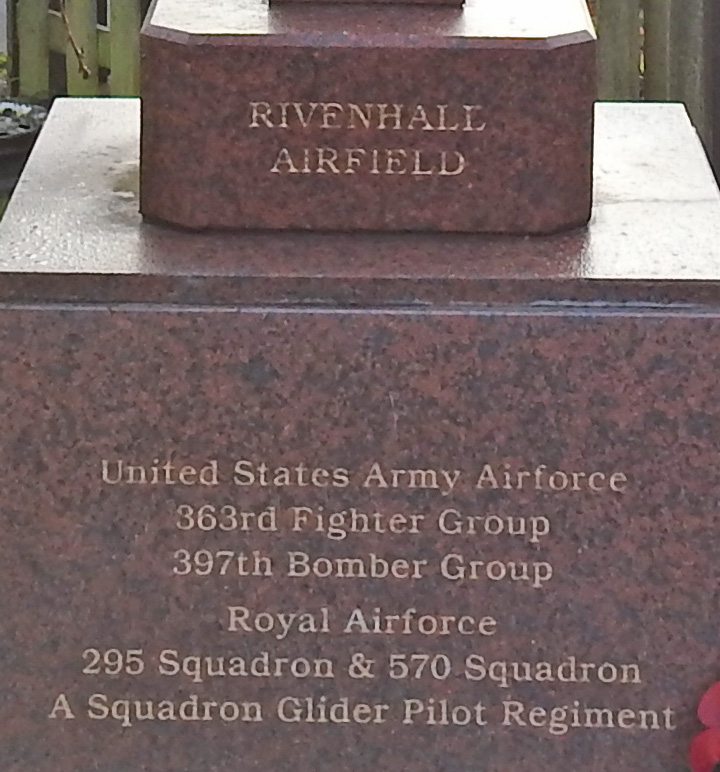