<< Back to Weston Green

To the south inside the hedged area.

A large black marble slab on a black marble plinth standing between two flagpoles. The monument is inscribed in English in white lettering. The inscription is headed by the Bomb Group, 8th Air Force emblems, and a depiction of a B-24 Liberator. The monument was dedicated on June 12, 1992, during the Bomb Group reunion. All Saints Church at Weston Longville contains a 466th Bomb Group Roll of Honor.

In February-March 1944 the 466th moved in. The air echelon transferred via the southern ferry route to England, the ground echelon taking the Queen Mary to Greenock. The group flew the Consolidated B-24 Liberator as part of the Eighth Air Force's strategic bombing campaign.

The 466th began operations on 22 March 1944 by participating in a daylight raid on Berlin. The group operated primarily as a strategic bombardment organization, attacking such targets as marshaling yards at Liège, an airfield at St Trond, a repair and assembly plant at Reims, an airfield at Chartres, factories at Brunswick, oil refineries at Bohlen, aircraft plants at Kempten, mineral works at Hamburg, marshaling yards at Saarbrücken, a synthetic oil plant at Misburg, a fuel depot at Dülmen, and aero-engine works at Eisenach.

Other operations included attacking pillboxes along the coast of Normandy on D-Day (6 June 1944), and afterward striking interdictory targets behind the beachhead; bombing enemy positions at Saint-Lô during the Allied breakthrough in July 1944; hauling oil and gasoline to Allied forces advancing across France in September; hitting German communications and transportation during the Battle of the Bulge, December 1944 − January 1945; and bombing the airfield at Nordhorn in support of the airborne assault across the Rhine on 24 March 1945.

The 466th flew its last combat mission on 25 April 1945, striking a transformer station at Traunstein. The unit returned to Sioux Falls Army Air Field, South Dakota in July and was redesignated the 466th Bombardment Group (Very Heavy) in August 1945, and was equipped with Boeing B-29 Superfortresses.

MISSIONS IN B-24 "LIBERATOR" AIRCRAFT. THE AIR OFFENSIVE

WAS OVER THE CONTINENT; NORMANDY, NORTHERN FRANCE,

THIS MEMORIAL WAS DEDICATED 12th JUNE 1992

IN MEMORY OF THOSE WHO SERVED 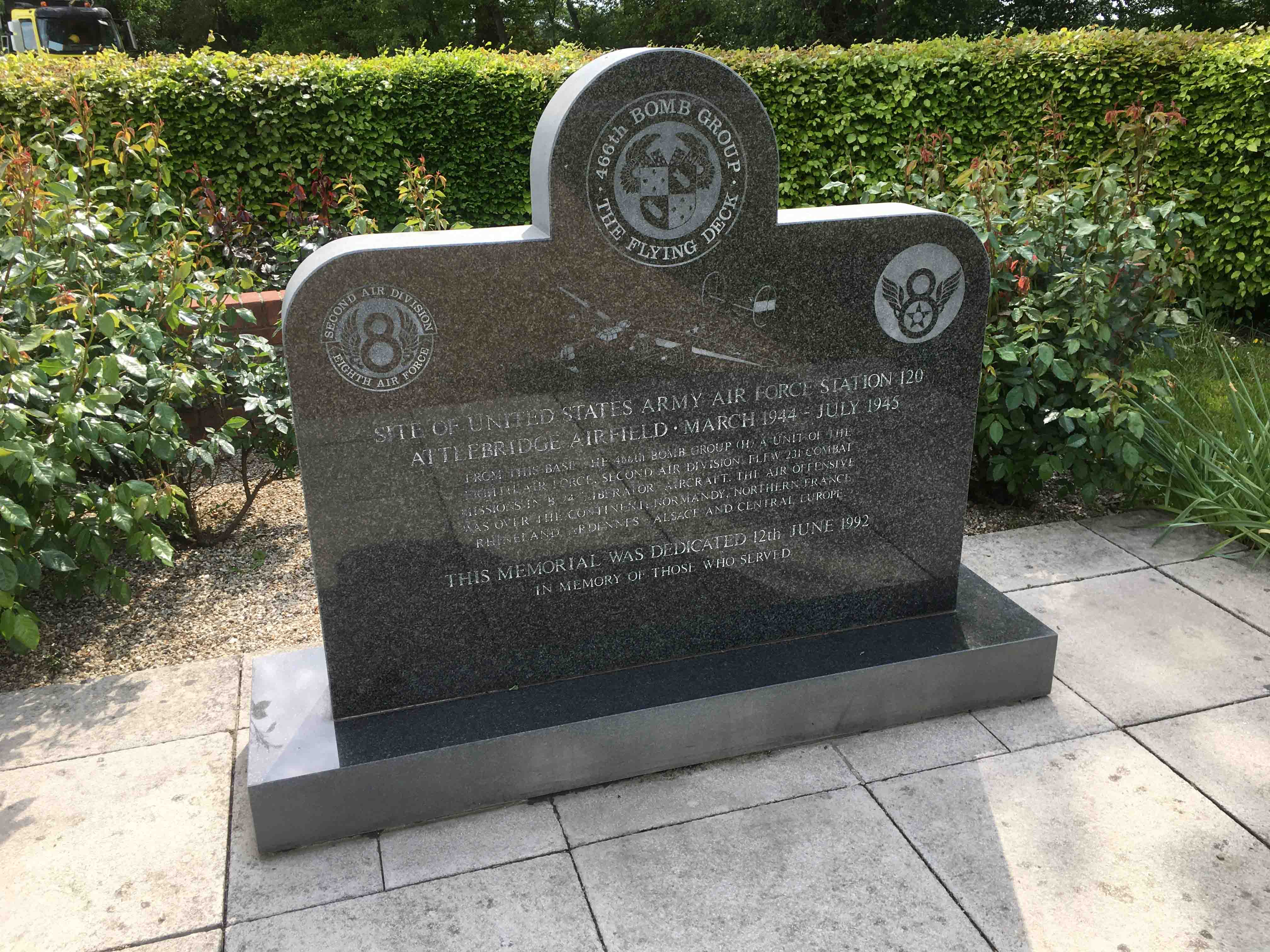 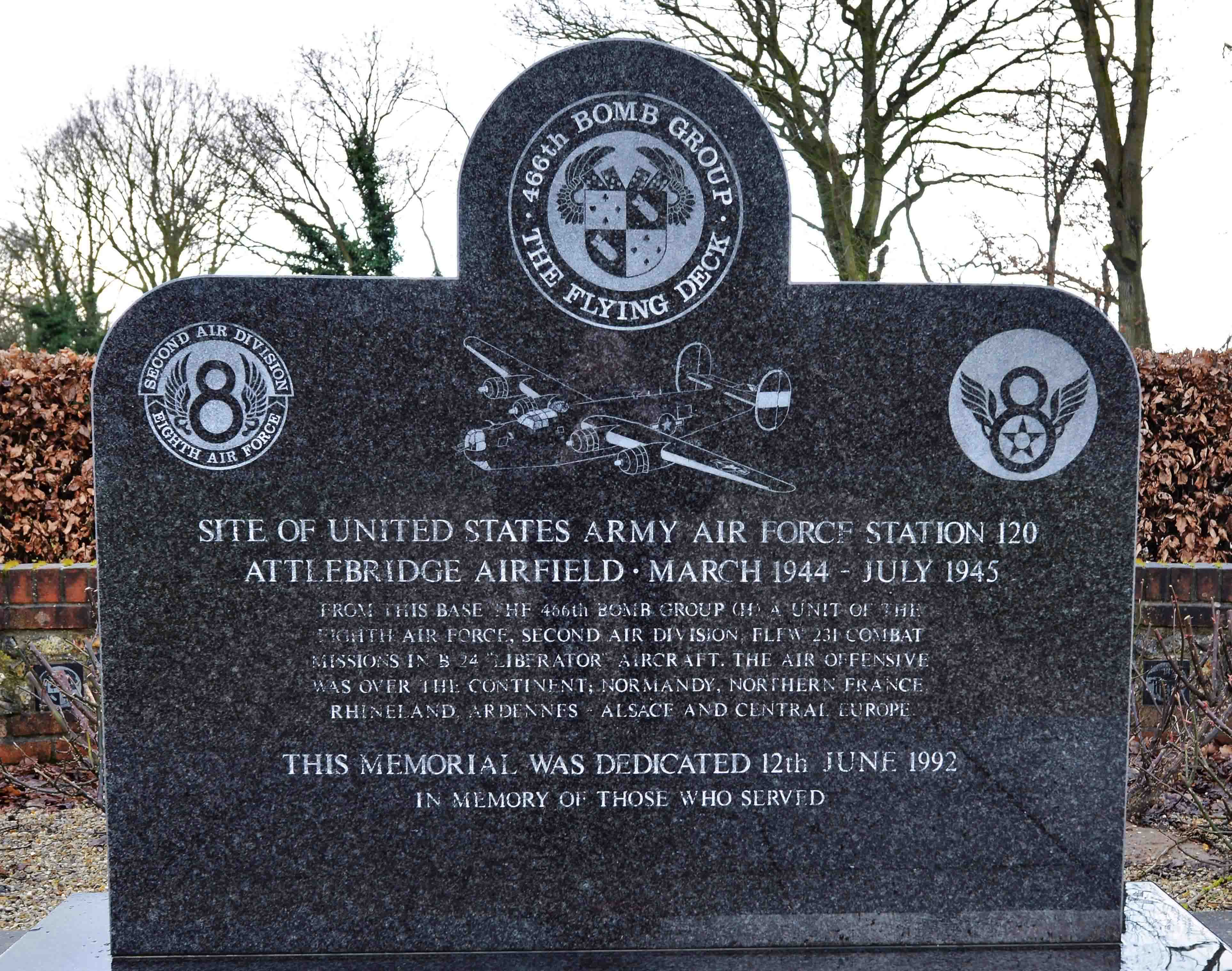