Just off the rural road in a small parking area.

The memorial includes two plaques attached to a large stone, front and back, and an information panel.

The memorial remembers 10 soldiers of Company I and K of the 357th Infantry Regiment,  90th “Tough Ombres” Infantry Division who fell in a last stand battle with the enemy on May 5, 1945.

On 4 May 1945, Major General Herbert L. Earnest accepted the surrender of most of the 11th Panzer Division at Vseruby, Czechoslovakia. Colonel Charles H. Reed, commander of 2nd Cavalry Group, assisted with arranging for the 11th Panzer’s surrender. On 5 May, a company from the 357th Infantry Regiment was ambushed at the town of Zhuri by German officer candidates. The Germans were using U.S. vehicles captured earlier from a platoon of 2nd Squadron / 2nd Cavalry Group. Though the Germans were routed, ten U.S. soldiers were killed and ten more were wounded.

Note: The memorial remembers ten soldiers killed during this battle; nine known and one whose name is unknown.

The text on the plaques is written in Czech and English and reads:

ON MAY 5. 1945
TEN AMERICAN SOLDIERS
OF THE 90TH INFANTRY DIVISION
WERE KILLED HERE
IN THE BATTLE FOR FREEDOM
OF THE CZECHOSLOVAK PEOPLE.
GOD BLESS THEM. 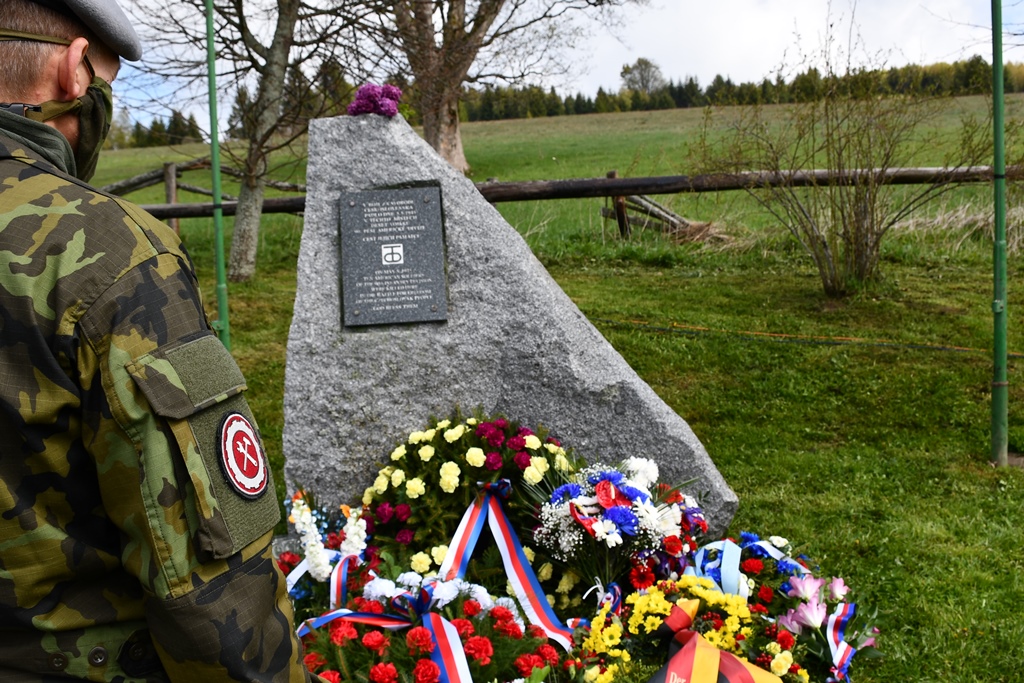