<< Back to Birchenough Hill 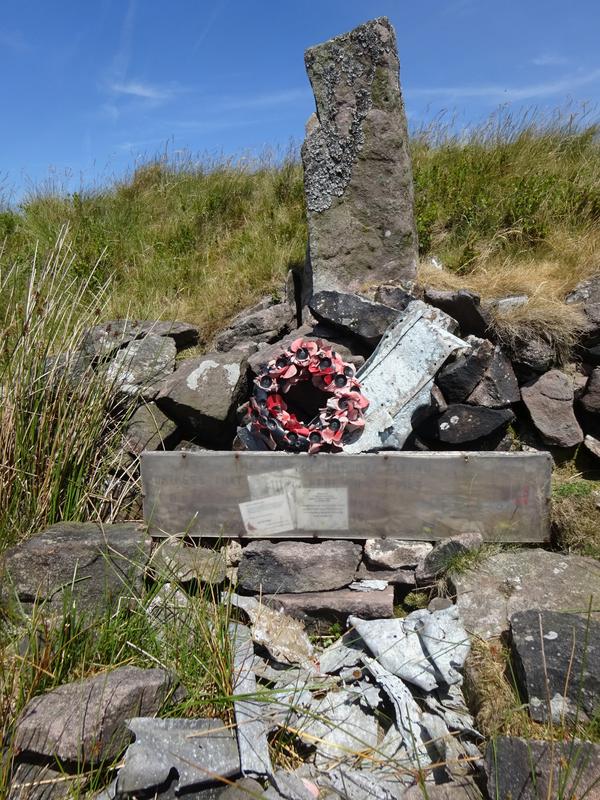 A loose cairn with a large upright stone on top and a wooden dedication board covered in perspex on the base. The wooden board is inscribed in English and has a painted depiction of a B-17 on the right side. The current state of the inscription is nearing its illegibility as its perspex cover has aged and weathered so losing its transparency. Not far from the memorial is a scar where the aircraft burned, containing small fragments left by the fire.

On the 2nd of January 1945, 1Lt. De Cleene, and a limited crew, flew to the 1st Base Air Depot at Burtonwood, near Liverpool to exchange their B-17 Flying Fortress for a newly arrived one. The crew boarded B-17G 43-38944, which had been assigned for the delivery to the 398th Bombardment Group, and took off at about 19:00hrs, heading back to Nuthampstead. The weather was fairly good with about 2 miles visibility and broken cloud at 3000 feet, however, it was dark and there was no snow lying on the ground. At approximately 19:25 the aircraft was heard by local farmers flying very low. The pilot had not gained sufficient height to cross the last hills of the Pennines and it flew into the western edge of the Birchenough Hill, on the Congleton to Buxton road, near the village of Wildboarclough, in the Peak District, close to a small quarry and broke up across the hill and burned out,  with the loss of all on board. Three of the crew members are buried in the American Military Cemetery in Cambridge, England.

IN MEMORY OF THE B17 FLYING 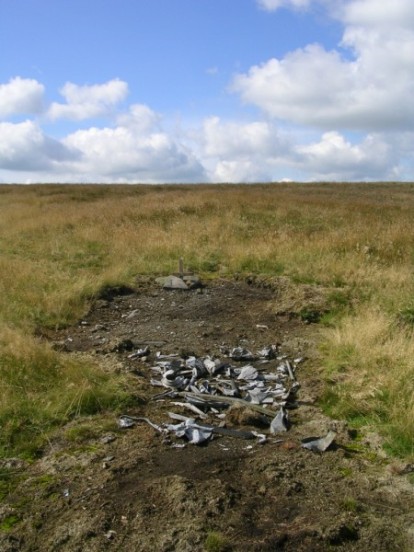