<< Back to Cottesmore Church

On the left-hand side below and near the altar.

A rectangular stone tablet set into the wall, inscribed with simple text in English in incised and red lettering. Beneath the tablet is a corbelled, angled stone ledge supporting a glazed-top, shallow molded wooden case, housing what appears to be an opened Roll of Honor book. This tablet commemorates the British and American Air Forces who were stationed here and gave their lives for the Allied cause in the Second World War. Above this tablet are two plaques in memory of named British airmen.

RAF Cottesmore is a former Royal Air Force station in Rutland, England, situated between Cottesmore and Market Overton. On 8 September 1943 the United States Army Air Forces took the facilities over, under the designation USAAF Station 489, flying troop transport aircraft. In anticipation of the station's future use by airborne forces, 32 Horsa gliders were delivered for storage in July 1943.

The 316th Troop Carrier Group began to arrive at Cottesmore on 15 February 1944 when 52 C-47 and C-53 transports began flying in from Borizzo Afld., Sicily. Operational squadrons and fuselage codes of the group were:

Cottesmore was officially handed back to the RAF on 1 July 1945.

THIS CHAPEL IS DEDICATED TO

THE MEMORY OF THE OFFICERS

AND MEN OF THE BRITISH AND

AT COTTESMORE WHO GAVE THEIR

“THE WAY OF LIFE GOETH UPWARD” 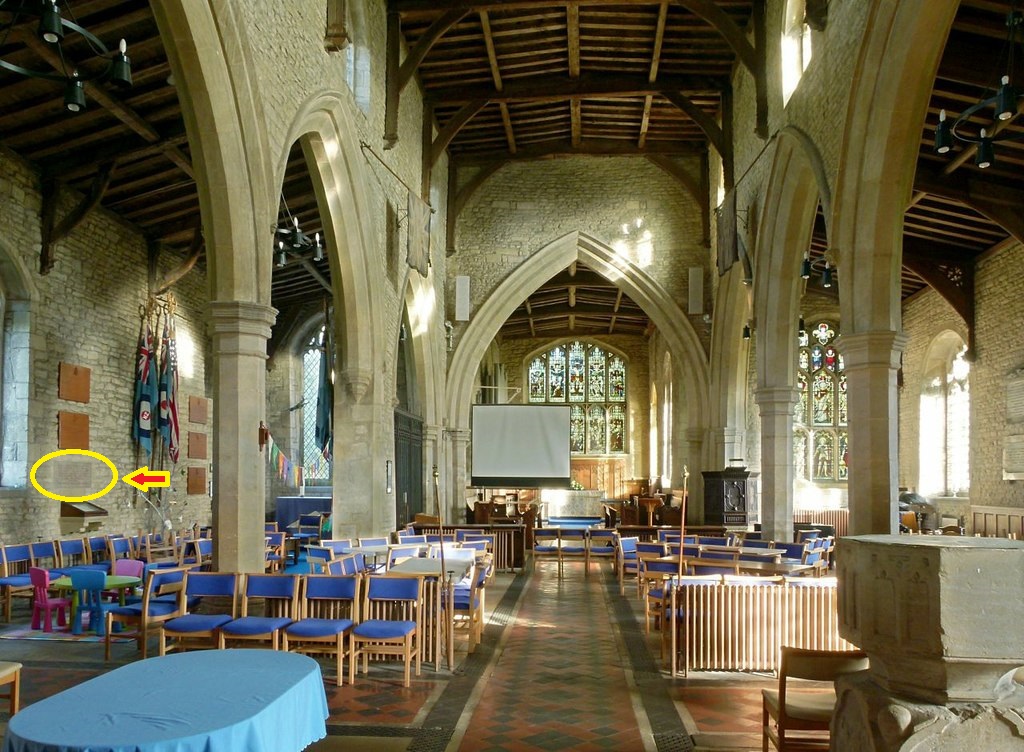