<< Back to Salcombe Harbor 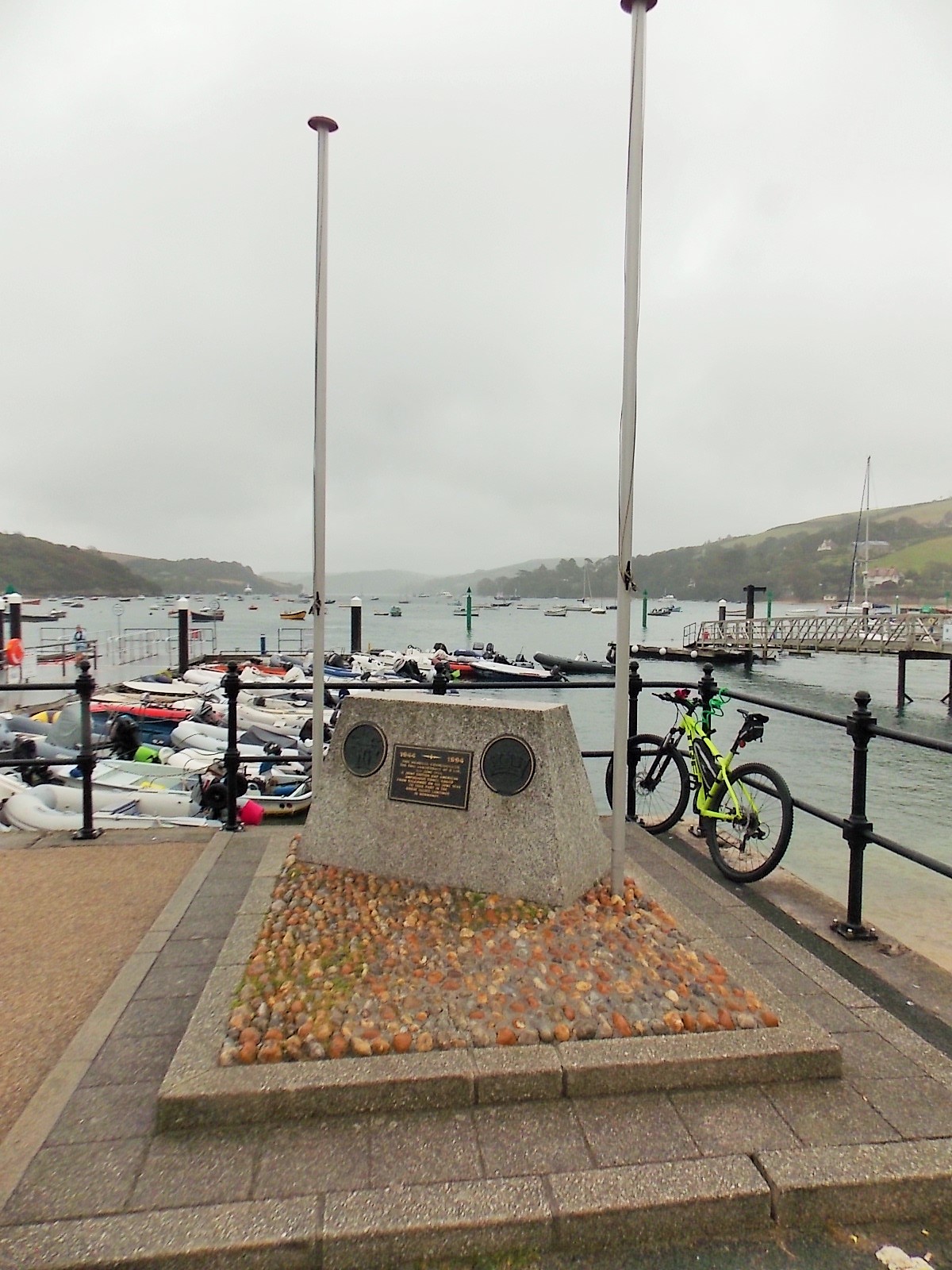 On the edge of the car park to the east.
Monument

A trapezoidal block plinth bearing a rectangular commemoration plaque on the center that is flanked by two circular plaques that depict the combined forces badge and astral crown. The center plaque is inscribed in English in carved and white lettering commemorating the joint British and American task force which sailed from Salcombe on 1 June 1944 to take part in the D-Day landings in Normandy. This memorial was built by the Americans in 1943/44. 137 officers and 1793 men were stationed in the Salcombe area in the build-up to D-Day. 66 ships and man auxiliary vessels were based here - they all left on 4th June 1944 for the Utah Beach, Normandy as part of Force U.

THE 50th ANNIVERSARY OF D DAY

A JOINT BRITISH AND AMERICAN

TO TAKE PART IN THE 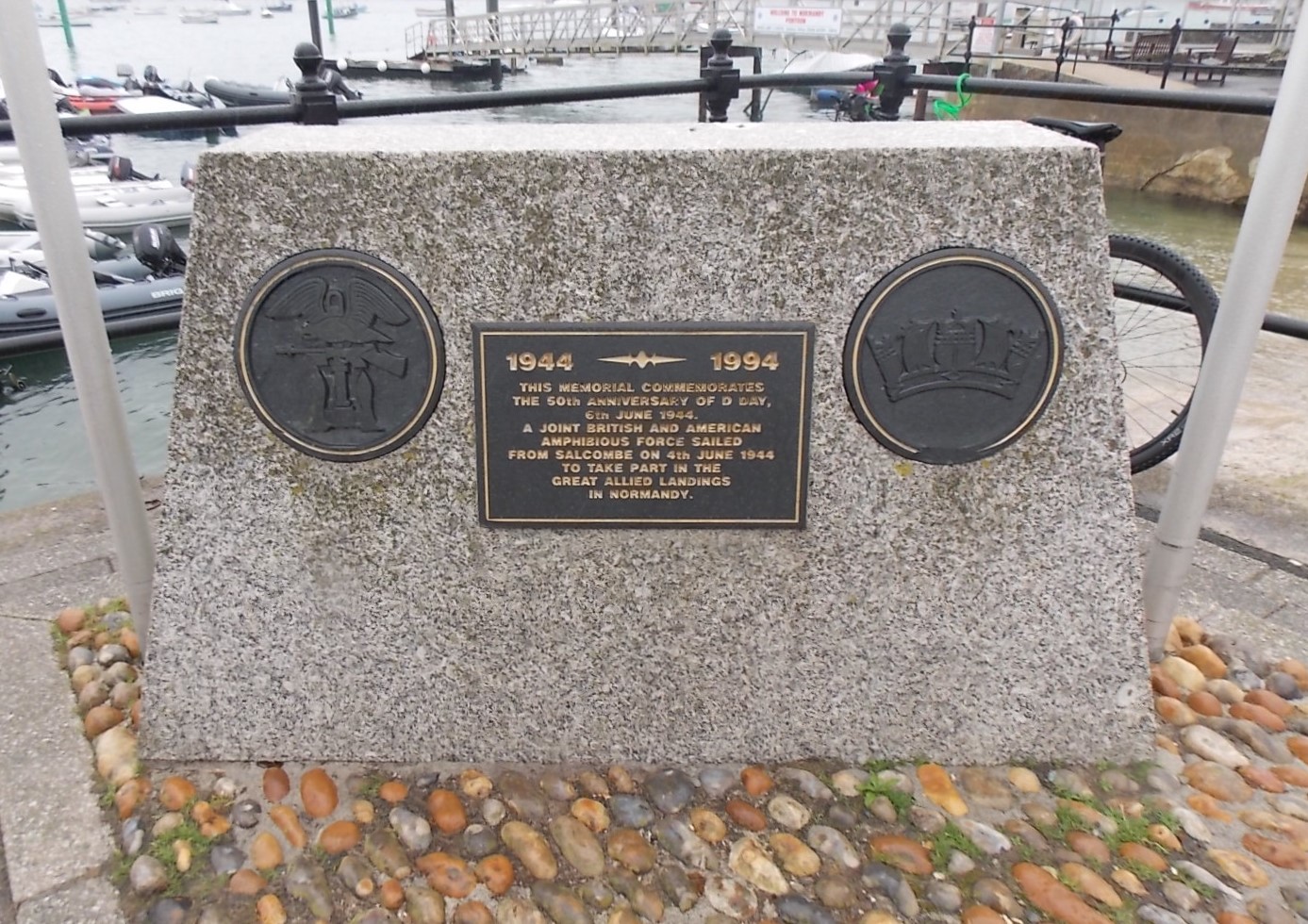