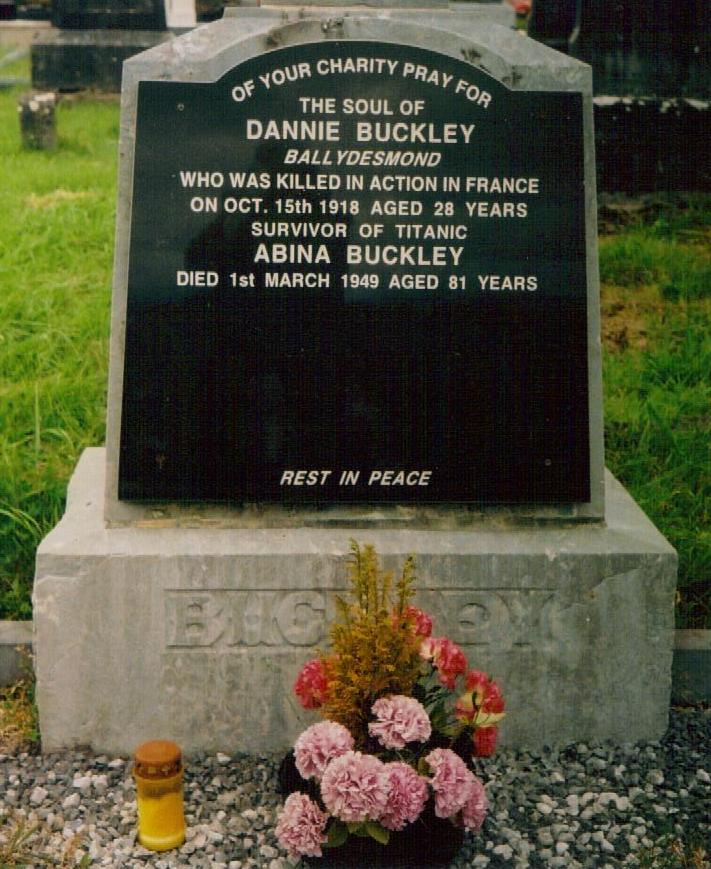 In a corner of the cemetery. Isolated Burial

A civilian grave with a inscribed black polished marble front.

Private Daniel “Dannie” Buckley served in Company K, 165th Infantry of the 42nd “Rainbow” Division during the First World War. He was killed by a sniper on October 15, 1918 while trying to  remove wounded soldiers on the battlefield during the battle of the Meuse-Argonne.

Born and raised in Ireland, Daniel felt that he could have a better life and make more money in America. By 1912, he and a group of his friends were set to make the long transatlantic voyage. At the party held before the group set out, Daniel sang the song "When the Fields Are White with Daisies, I'll Return."

He and his friends were travelling on the Titanic, and Daniel was the only one to survive.

After his safe arrival in America, Daniel settled in Manhattan, where he worked in a hotel. In June of 1917, he joined the army. He was in the 69th Regiment (later renumbered to the 165th Infantry Regiment), which was made up entirely of other Irishmen.

Daniel was killed by a sniper while helping to retrieve wounded soldiers on the Meuse-Argonne front in October of 1918.

OF YOUR CHARITY AND PRAY FOR
THE SOUL OF
DANNIE BUCKLEY
BALLYDESMOND
WHO WAS KILLED IN ACTION IN FRANCE
ON OCTOBER 15, 1918  AGED 28 YEARS
SURVIVOR OF THE TITANIC
BUCKLEY 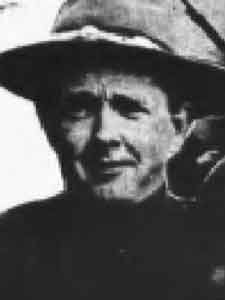