<< Back to Girvan- Doune Cemetery

A private gravestone of carved stone cross with the Army Aviation symbol and an inscription.

First Lieutenant George Squires was a US Army Air Service Officer in training.  He was born in 1896 and was form St. Paul Minnesota.  He was killed in a flight training accident flying out of the Turnberry Airfield Royal Flying Corps (RFC) Flight school (Turnberry School of Aerial Gunnery and Fighting).  He was conducting a solo flight when his plane crashed near the Kirkoswald Village.

Squires was buried in the Doune Cemetery in Girvan where many aviation trainees are buried.  Squires’ mother had a grave stone erected for her son and he is buried near another American who was killed in a training accident, Aviation Cadet George Brader.

Squires and Brader are also remembered on the British Turnberry War Memorial (Turnberry School of Aerial Gunnery and Fighting Memorial). Lieutenant Howard Smith, also listed on this memorial, was a pallbearer at Squires funeral.

IN MEMORY OF A DEVOTED AND HEROIC SON

THIS CROSS IS PLACED BY HIS LOVING MOTHER 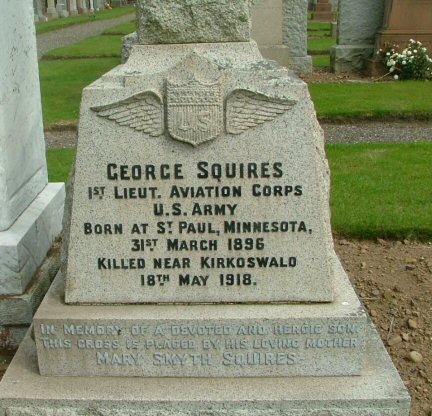 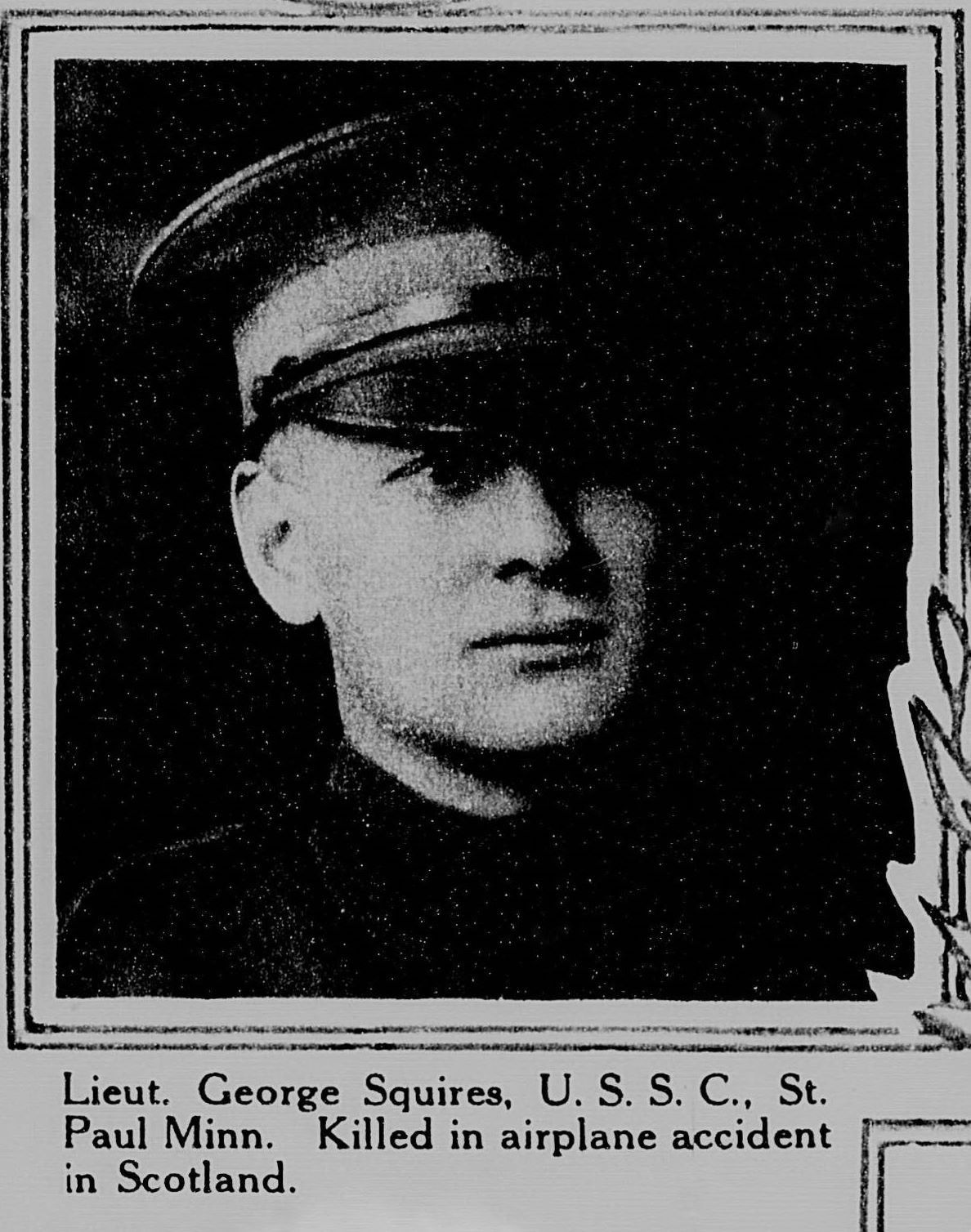 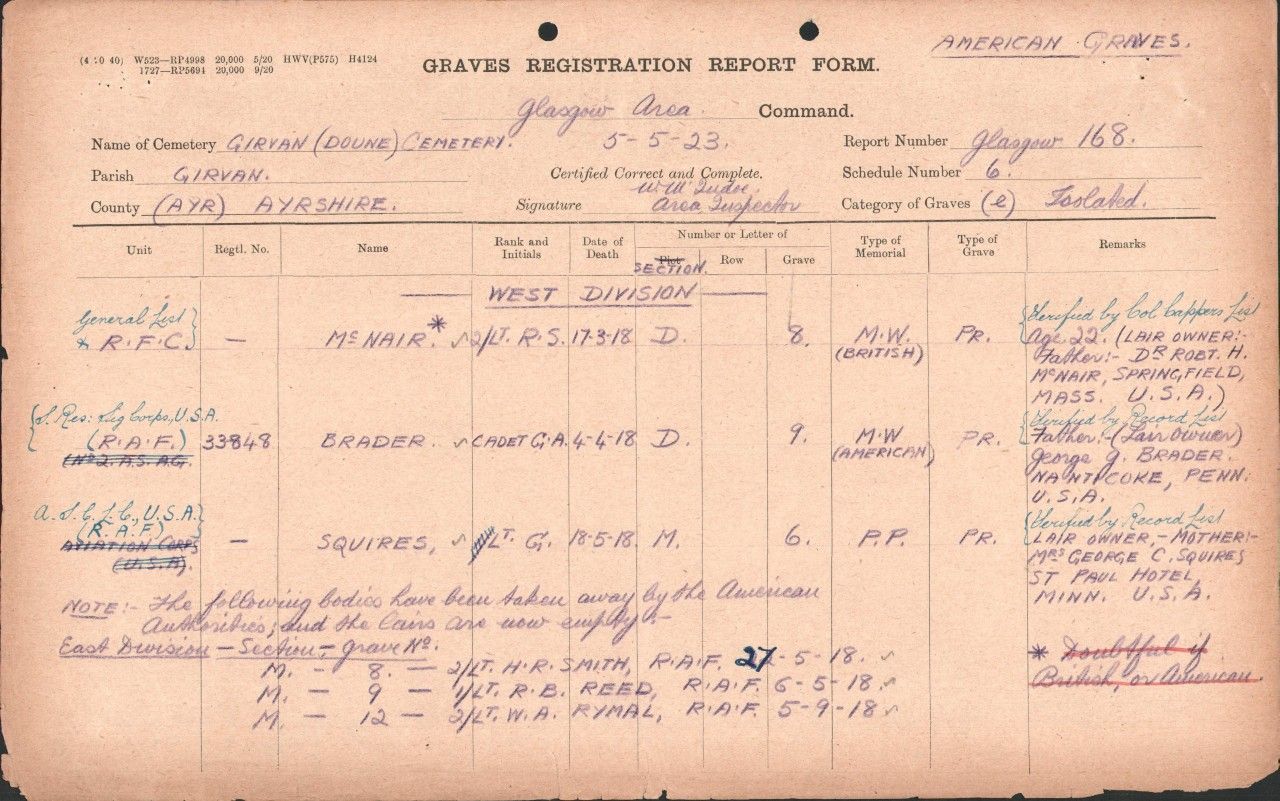