<< Back to Girvan- Doune Cemetery 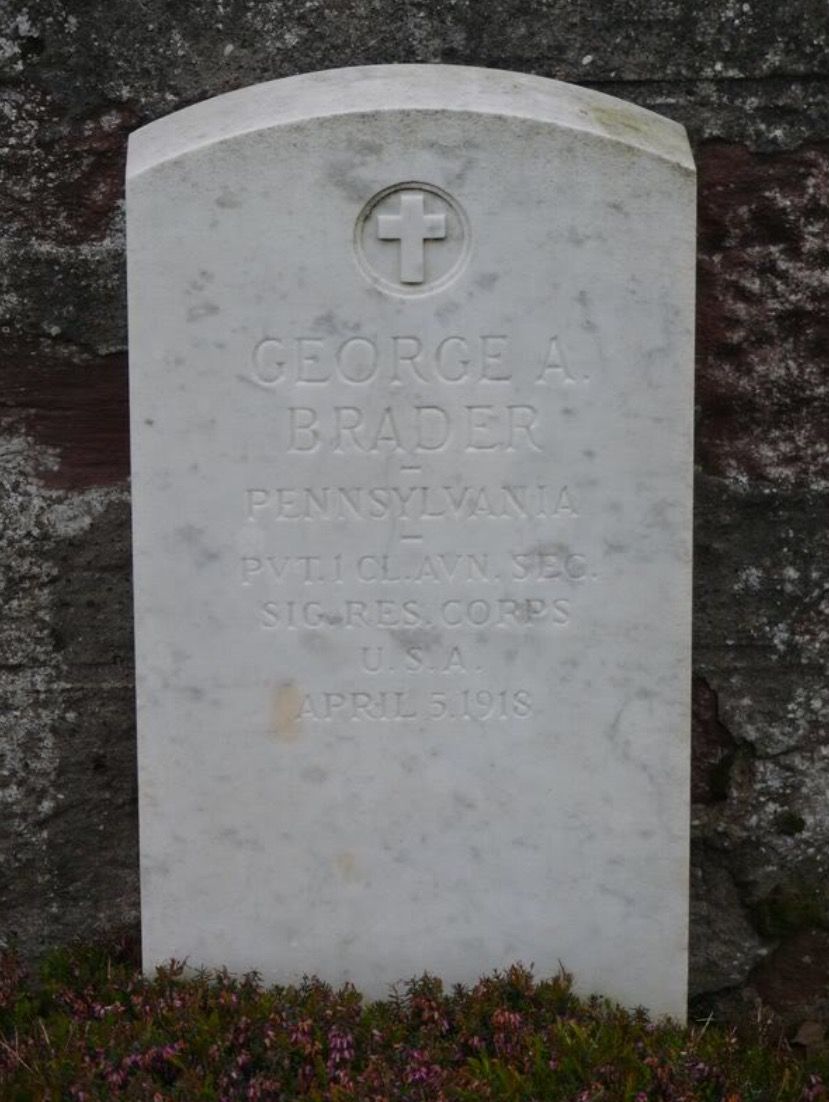 Private First Class George Brader was an Aviation Cadet at the Turnberry Airfield Royal Flying Corps (RFC) Flight school (Turnberry School of Aerial Gunnery and Fighting).  He was born in 1893 and was from Luzerne County, Pennsylvania and attended the University of Pennsylvania Wharton School and later ROTC at Cornell University. He learned to fly as part of the Second Oxford Detachment. He became a pilot and served in England defending against Zeppelin attacks.  Later he returned to the Turnberry Flight School where he was killed in a flight accident on April 5, 1918.

He is buried in the Doune Cemetery in Girvan, Scotland and is buried near fellow pilot in training, 1LT Squires.  Both are remembered on the nearby Turnberry War Memorial (Turnberry School of Aerial Gunnery and Fighting Memorial). 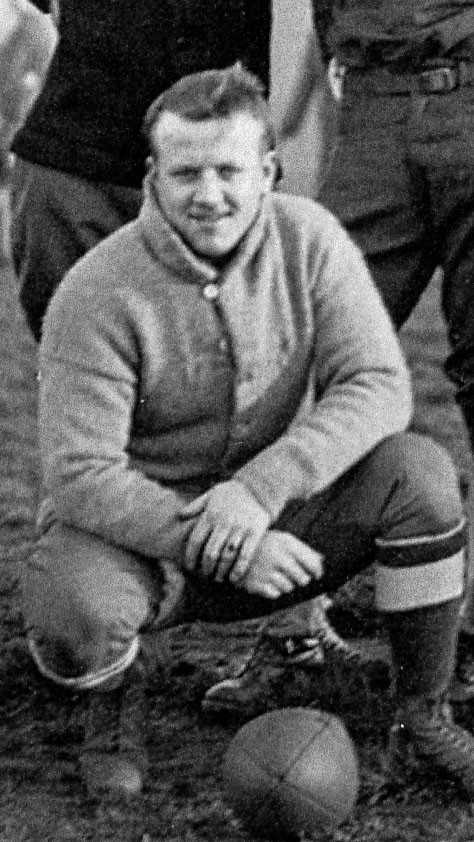 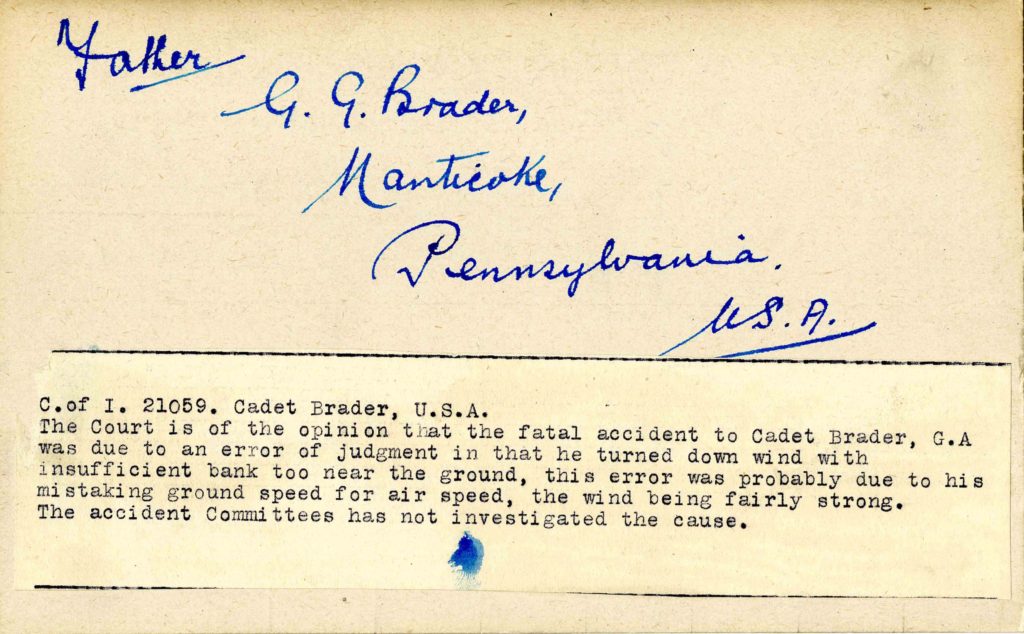 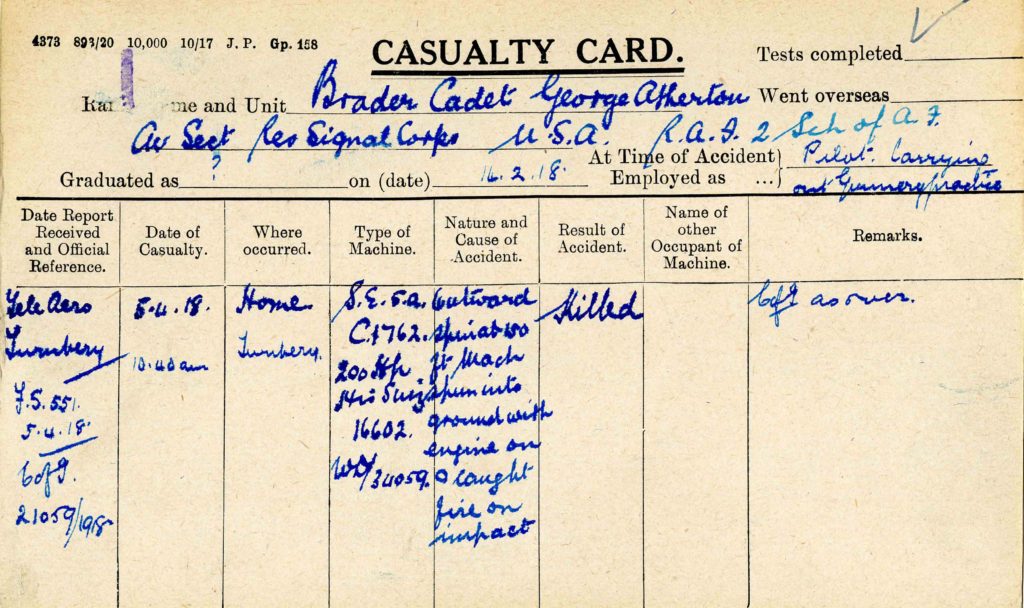