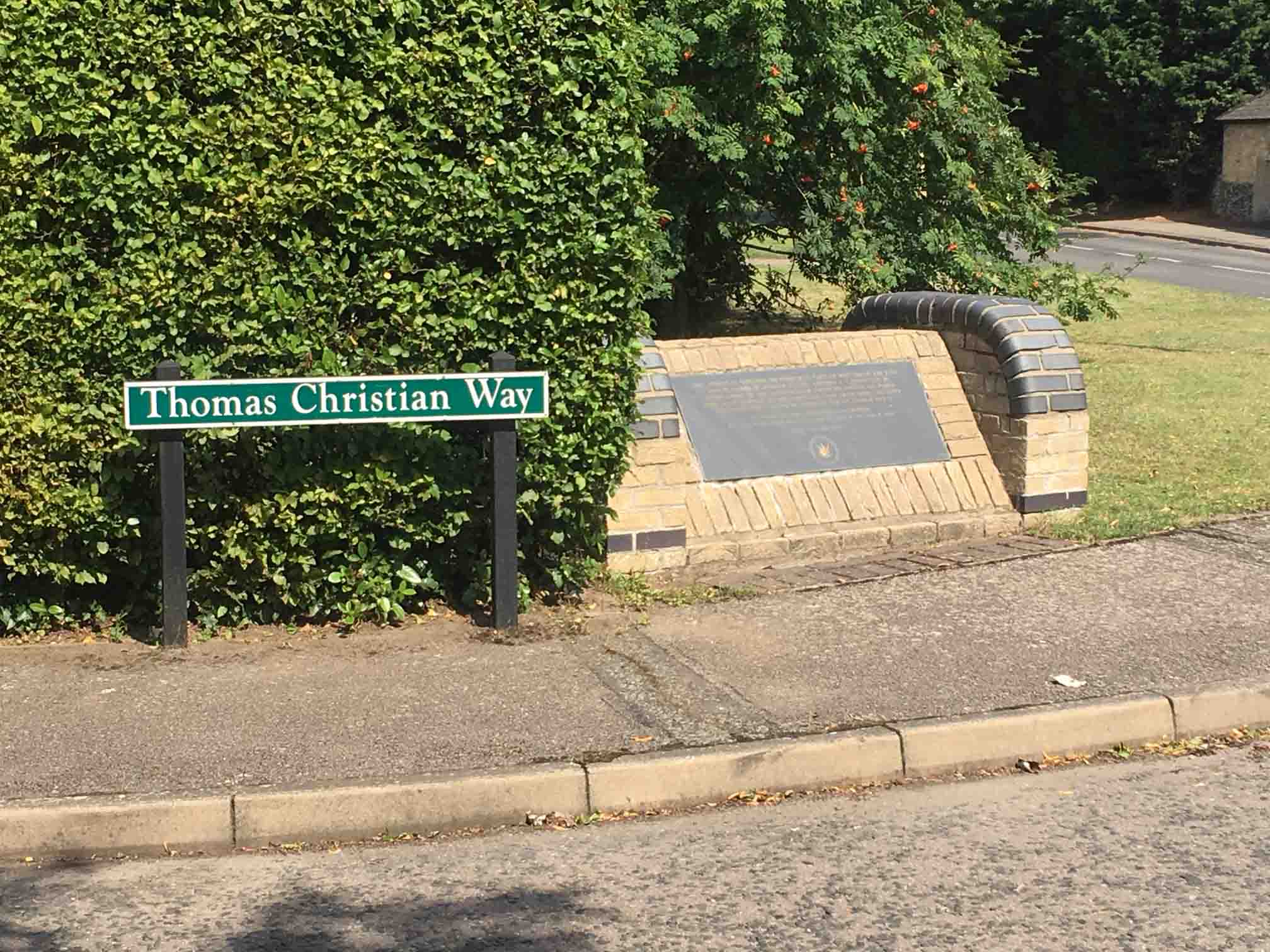 On the west side of the junction.

A metal plaque set into a sloping brick wall (which was once part of a lych gate) showing a dedication message. The inscription is written in English in yellow lettering. Below the inscription is the insignia of the 361st Fighter Group. The memorial commemorates Col Thomas J. J. Christian, Jr. and also pertains to the Thomas Christian Way which is named after him in his honor. Col. Thomas Christian was the commander of the 361st FG based at Bottisham. He was killed on August 12th, 1944, at the age of 28. The memorial, which originally had a roof, was unveiled by his daughter in 1955.

AND IS NAMED IN HONOUR OF COL. THOMAS J. J. CHRISTIAN JR.

COMMANDER OF THE 361ST FIGHTER GROUP US. EIGHTH AIR FORCE,

WHO, WITH MEMBERS OF HIS COMMAND, FLEW FROM HERE AND GAVE

HIS LIFE IN THE DEFENCE OF FREEDOM DURING WORLD WAR II. 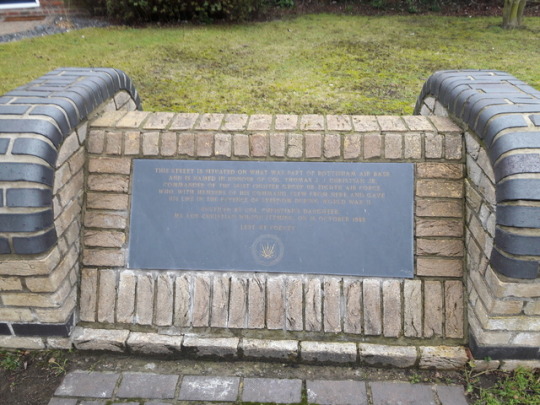 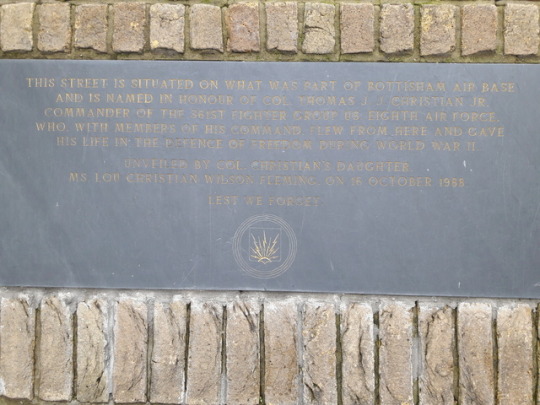