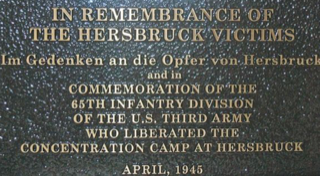 Located adjacent to the Hersbruch memorial.

While advancing through Bavaria, the 65th “Battle Axe” Infantry Division overran the Hersbruck sub camp  of the Flossenbürg concentration camp on April 20–21, 1945.

The 65th Infantry Division was recognized as a liberating unit by the US Army's Center of Military History and the United States Holocaust Memorial Museum in 1994.

The text on the plaque is in English and German.  The English reads:

IN REMEMBRANCE OF THE

OF THE US THIRD ARMY 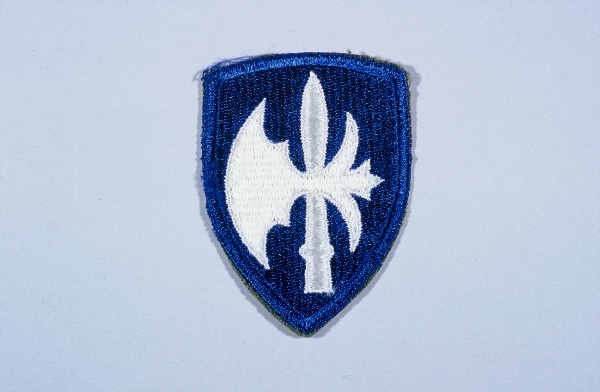