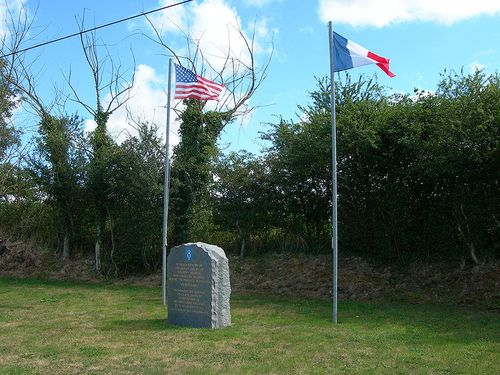 In a roadside pull off, between two flagpoles.

On July 26, 1944 the 8th “Pathfinder” Infantry Division commanded by Major General Donald A. Stroh, launched an offensive during “Operation Cobra” in the direction of Saint-Sauveur-Lendelin, but was slowed down by the enemy.  The 28th Infantry Regiment, seized the town of Milličres on July 28, 1944  which was defended by  German paratroopers of the Fallschirmjäger-Regiment 6 (91. Infantry Division) supported by elements of the SS Panzer- Division “Das Reich”.

The text on the Memorial is written in English and French and reads:

-Symbol of the 8th Infantry Division-

IN PROUD MEMORY OF

THE MEN OF THE 8th US 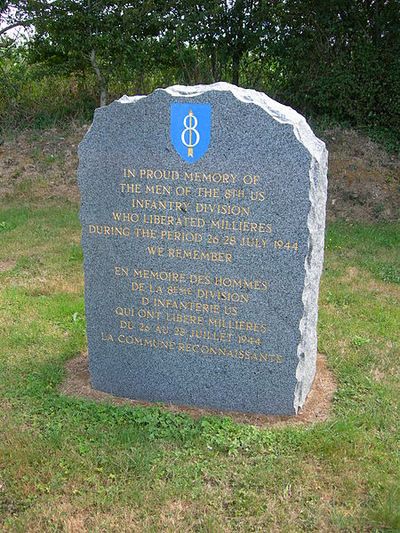 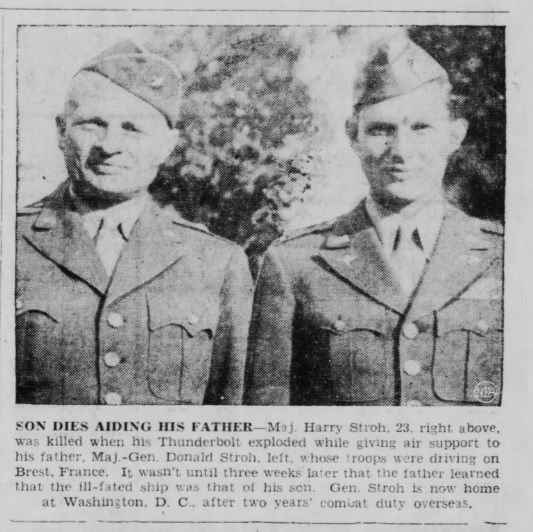