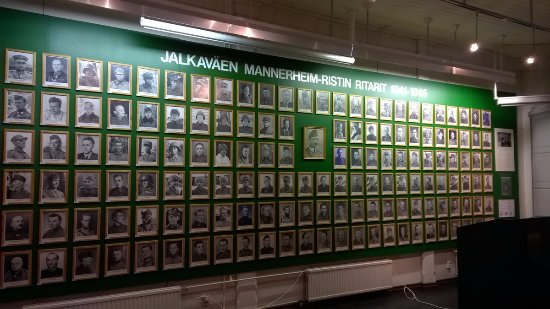 In the Museum at the Mannerheim Cross Exhibit. Museum

A picture of Lauri Törni (Major Larry Thorne) on the “Wall of Knights”, who were Finnish soldiers awarded the Mannerheim Cross (equivalent to the Medal of Honor) and a small exhibit dedicated to him nearby.

From the Museum website: Main exhibitions cover events from the Finland’s Civil War (1918) to Lapland war (1944-45). Aside from this, in the “Room of Knights”, pictures of all the infantry Mannerheim Cross -knights are presented on a wall.

Thorne immigrated to the United States in 1950. He joined the United States Army in 1954 and soon entered the nascent US Army Special Forces or “Green Berets”.  After becoming a US citizen in 1957 he attended Officer Candidate School and became an Army Officer.

While assigned to the 10th Special Forces Group in Germany, he was commended for his actions in a mission to search and recovery operation in the High Zagros Mountains of Iran in 1962.

In 1963 he deployed to Vietnam with the 5th Special Forces Group.  He later transferred to the Military Assistance Command, Vietnam – Studies and Observations Group (MACV–SOG), a classified US special operations unit focusing on unconventional warfare in Vietnam, as a military advisor.

During two tours in Vietnam with the MACV-SOG, Thorne ran deep cover into Cambodia and Laos to track down the North Vietnamese supply network that became known as the Ho Chi Minh Trail. Wounded on several occasions and earning two Purple Hearts, his last mission took place in 1965 when his helicopter went down behind enemy lines across the Laotian border. He was awarded the Distinguished Flying Cross for this action and posthumously promoted to Major.

Thorne was listed as Missing in Action and was not recovered until 1999.  He was buried with full honors in Arlington National Cemetery in 2003 with three of his Vietnamese comrades in arms.

The 10th Special Forces Group Headquarters Building on Fort Carson, Colorado is named in Thorne’s honor as well as the annual award, the "Larry A. Thorne Award”, is awarded to the best Special Forces Detachment in the US Army. 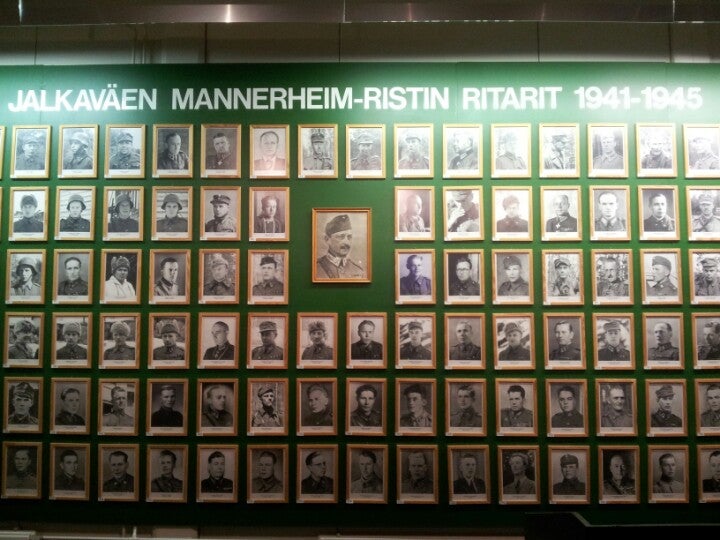 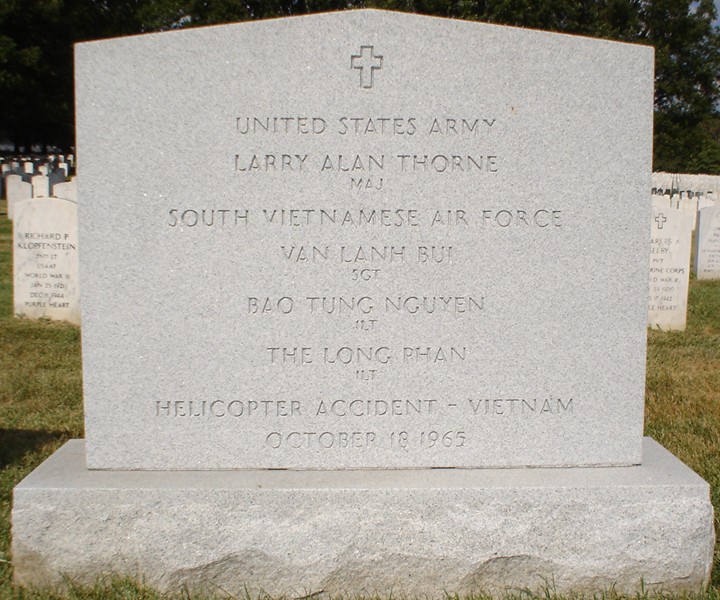 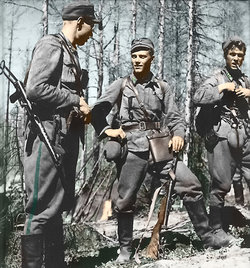