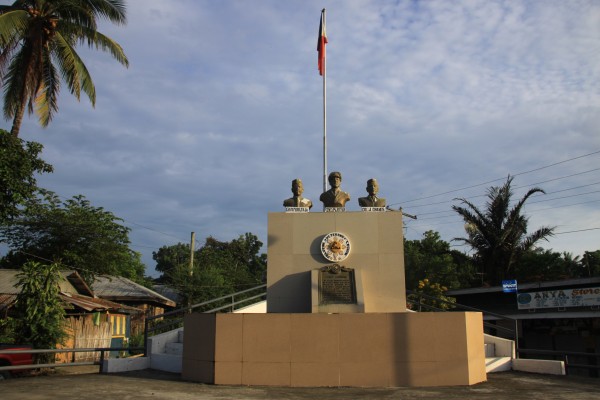 In the center of the roadway triangle.

A concrete monument viewing stand with the busts of three leaders: Colonel Macario Peralta Jr., General Douglas MacArthur, and Lieutenant Colonel Julian Chaves on top of a ship inspired memorial. A historical marker by the National Historical Commission of the Philippines (NHCP) can be seen in front of the busts.

The Panay Landing Memorial marks spot where American troops of the 40th Infantry Division (185th Infantry Regiment), commanded by Rapp Brush,  landed on March 18, 1945 on the beaches of Parara, Tigbauan to begin the liberation of Panay Island. The Japanese garrison on Panay was only 2000 to 2350 soldiers. American soldiers came ashore to be greeted by Philippine guerrillas “stiff in starched khaki and resplendent in ornaments.” By the time American troops landed, the well-organized resistance fighters were in control of most of the island. The guerilla resistance leaders were lead by Colonel Macario Peralta and Julian Chaves.

The American 40th “Sunburst” Infantry Division expanded the beachhead rapidly and ran into no serious resistance until it approached the outskirts of Iloilo City. On March 20th the troops entered Iloilo City and not one Japanese was found. The landings were supported by the 503rd Parachute Infantry Regiment and the 40th's 160th Infantry Regiment.

March 18 every year is celebrated as Panay Liberation Day.

The text on the plaque is in English and reads:

met them and jointly started operations for liberating Panay Island. 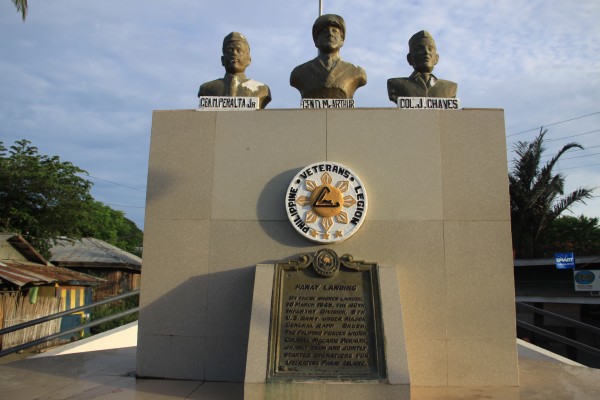 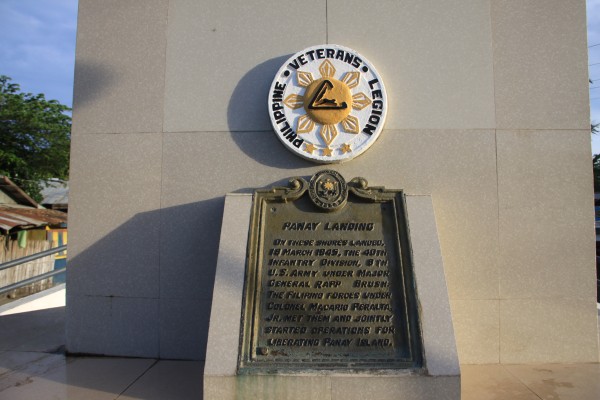 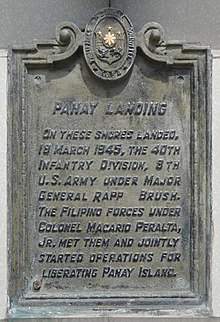 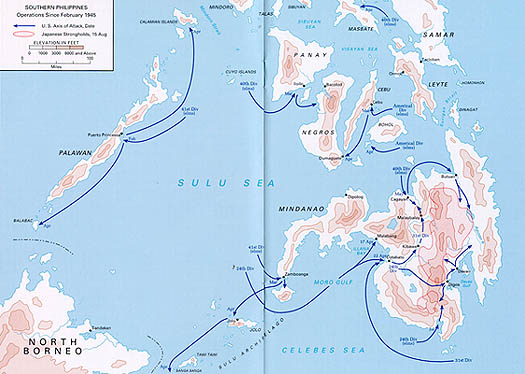