<< Back to Church of St. Peter and St. Paul Plémy 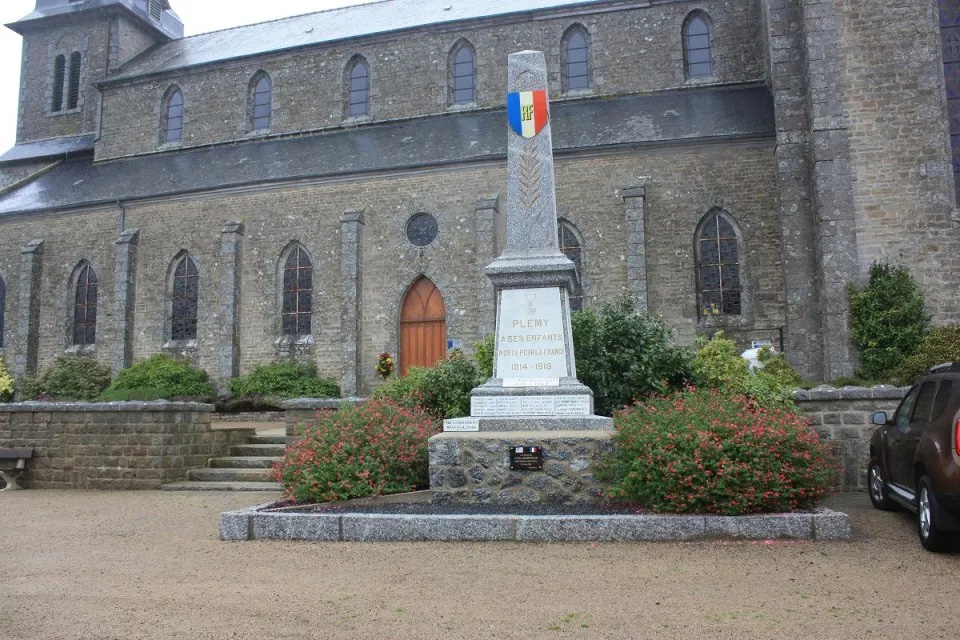 To the right side in front of the church. It is affixed to the base of the monument.

A rectangular black plaque inscribed with a commemoration message that is written in French in gold lettering. Depicted images are the flags of America and France. This plaque is for 1Lt Buddenbaum whose plane, B-17 # 41-24514, was shot down on March 8, 1943, by a German fighter. He died on the ground on the ground having jumped too low. The plaque was dedicated on June 6, 2015.

An American pilot who fell at Plémy 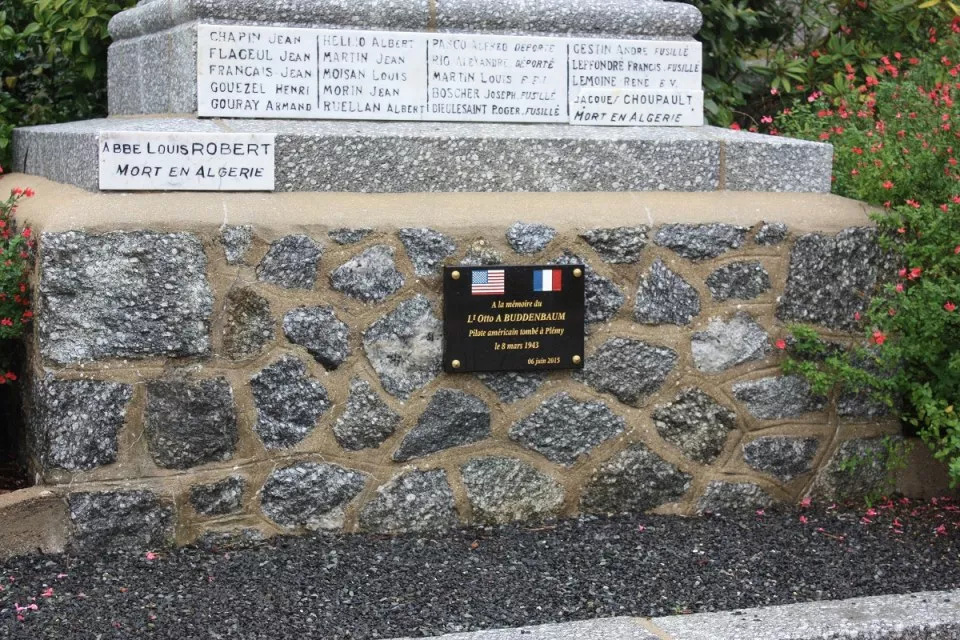 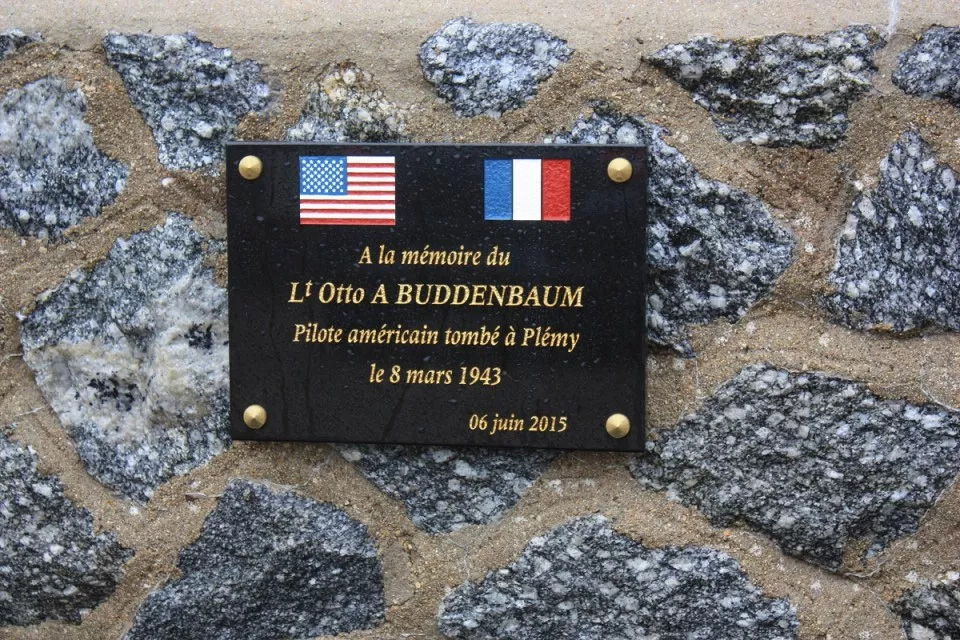