<< Back to Sawang (Romblon Island) 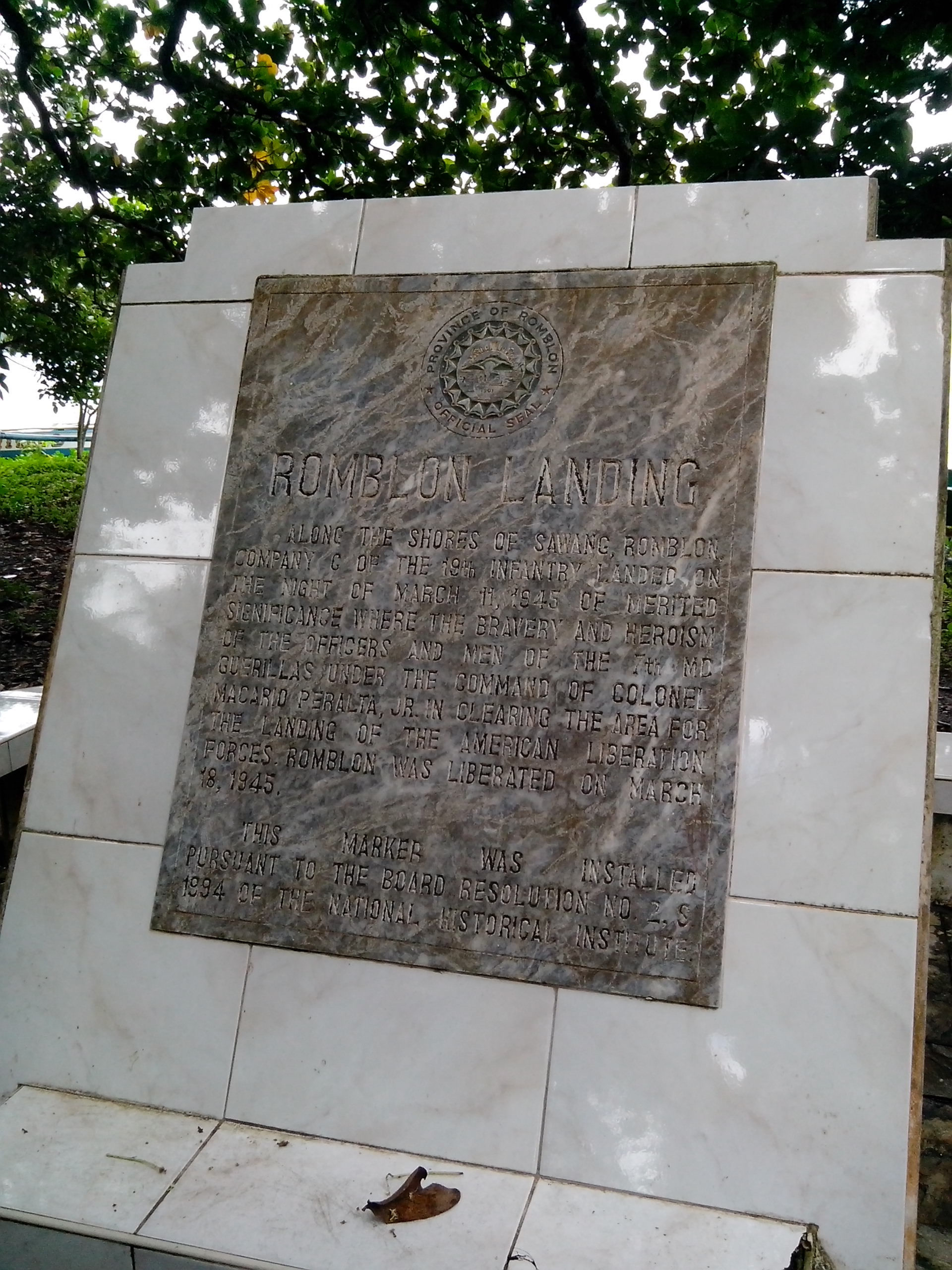 A brass inscribed plaque attached to a concrete structure about four feet high.

The 19th Infantry Regiment of the 24th Infantry Division landed on Romblon Island as part of the 8th US Army’s "Operation Victor" in the Southern Philippines Campaign in 1945.

From the US Army History Green Books:

In order to achieve surprise, reinforced companies of the 1st Battalion, 19th Infantry, attempted landings on each island during the night of 11-12 March despite rough seas, pitch dark, and frequent rain squalls. The night landing at Romblon went off successfully and the operation concluded later in March 1945 with the assistance of Filipino Guerillas.

Along the shores of Sawang, Romblon, Company C of the 19th Infantry landed on the night of March 11, 1945. Of merited significance where the bravery and heroism of the officers and men of the 7th MD Guerillas under the command of Colonel Macario Peralta, Jr. in clearing the area for the landing of the American liberation forces. Romblon was liberated on March 18, 1945