<< Back to Gaudreville-la-Riviere Town Hall 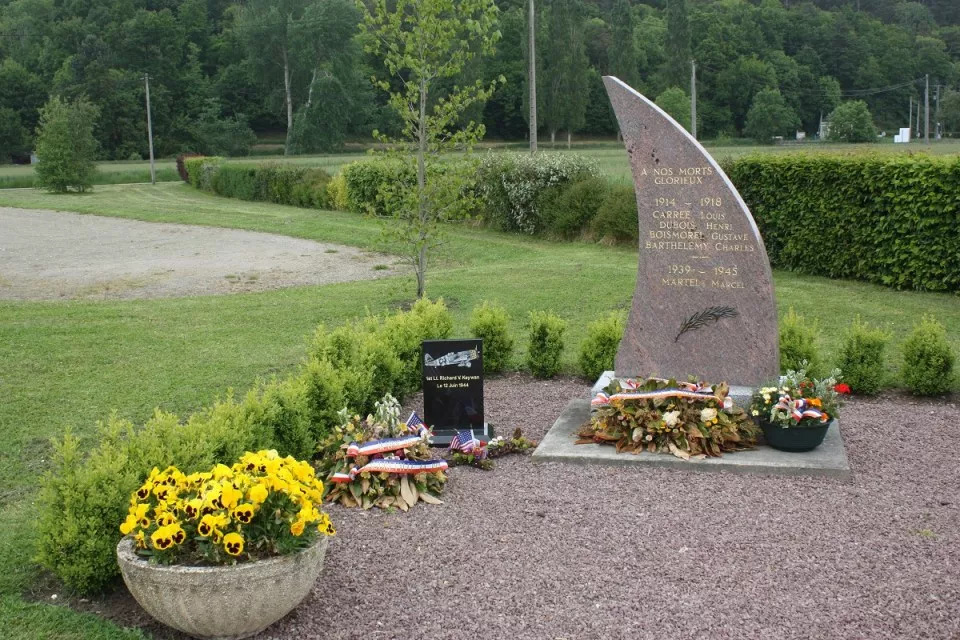 On the left at the foot of the town war memorial.

The small stele, on a black marble base, features a drawing of the right side of the P-47D-15-RE  #42-75707 SX-A "Little Hotsy" flown by Richard Vickery Kywan of the 352nd Fighter Squadron. His name is engraved underneath the drawing as well as the date of his death, June 12, 1944.

During an attack on an enemy convoy near Evreux and trains near Conches, pilot Richard Vickery Keywan's plane was shot down by a German Me109. The pilot ejected, but too low for his parachute to open. The plane crashed south of the town.

Source of information and photos: www.aerosteles.net 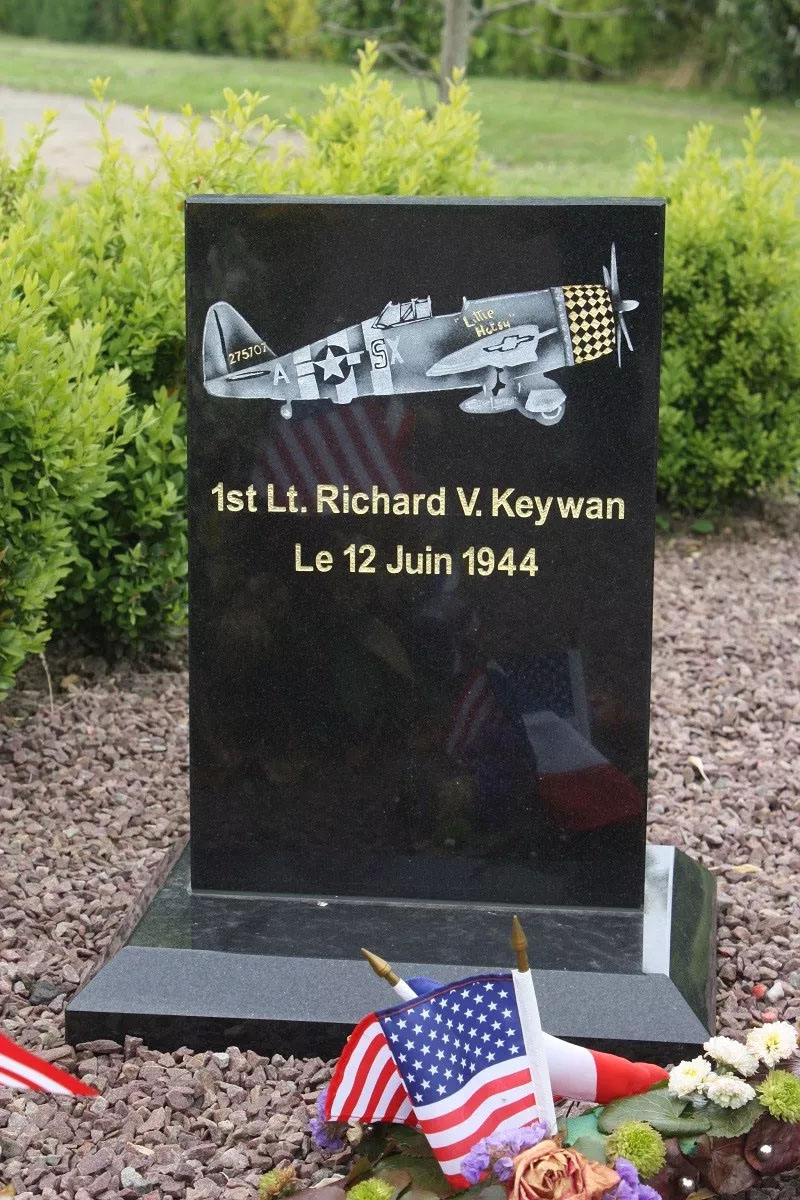 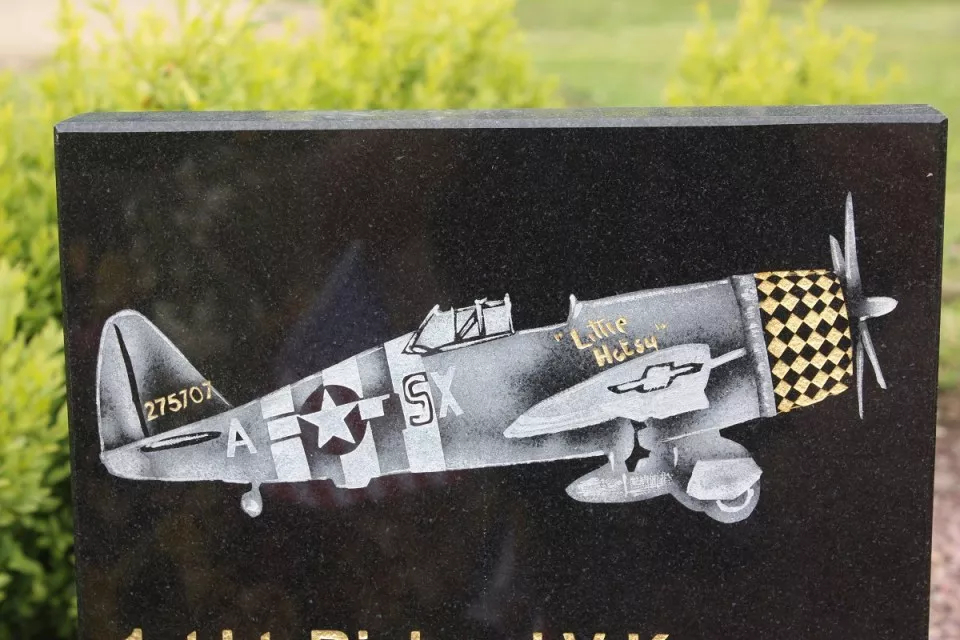