<< Back to Corregidor Island- Malinta Tunnel

Bottomside, entrance is located on the east side of the tunnel complex.

A museum in a tunnel used as a headquarters and as a shelter Corregidor Isand during the defense of the Philippines in 1942.

During the Battle of Corregidor, the third lateral on the north side from the east entrance served as the headquarters of General Douglas MacArthur and the USAFFE.  Malinta Tunnel also served as the seat of government of the Commonwealth of the Philippines. At the vicinity of the tunnel's west entrance in the afternoon of 30 December 1941, Manuel L. Quezon and Sergio Osmeńa took their oaths of office as President and Vice-president of the Philippine Commonwealth in simple ceremonies attended by members of the garrison.

Japanese troops forced the surrender of the remaining American and Filipino forces on 6 May 1942 while under the command of Lt. Gen. Jonathan Wainwright.

The text on the sign outside the tunnel reads:

Begun in 1922 and substantially completed in 1932, the tunnel complex consisted of east-west passage measuring 836 ft. long by 24 ft. wide 13 laterals on its north side and 11 laterals on the south side. Reinforced with concrete walls. Floor and overhead arches with blowers to furnish fresh air and a double-track electric car line along the main tunnel, Malinta provided bombproof shelter for the 1000 bed hospital, MacArthur’s USAFFE headquarters, shops and vast labyrinth storehouse during the siege of Corregidor.

Before this west entrance of Malinta Tunnel on the afternoon of 30 December 1941, Manuel L. Quezón and Sergio Osmeńa were inaugurated into their second term as President and Vice-president of the Philippine Commonwealth in simple ceremonies attended by members of the Corregidor garrison 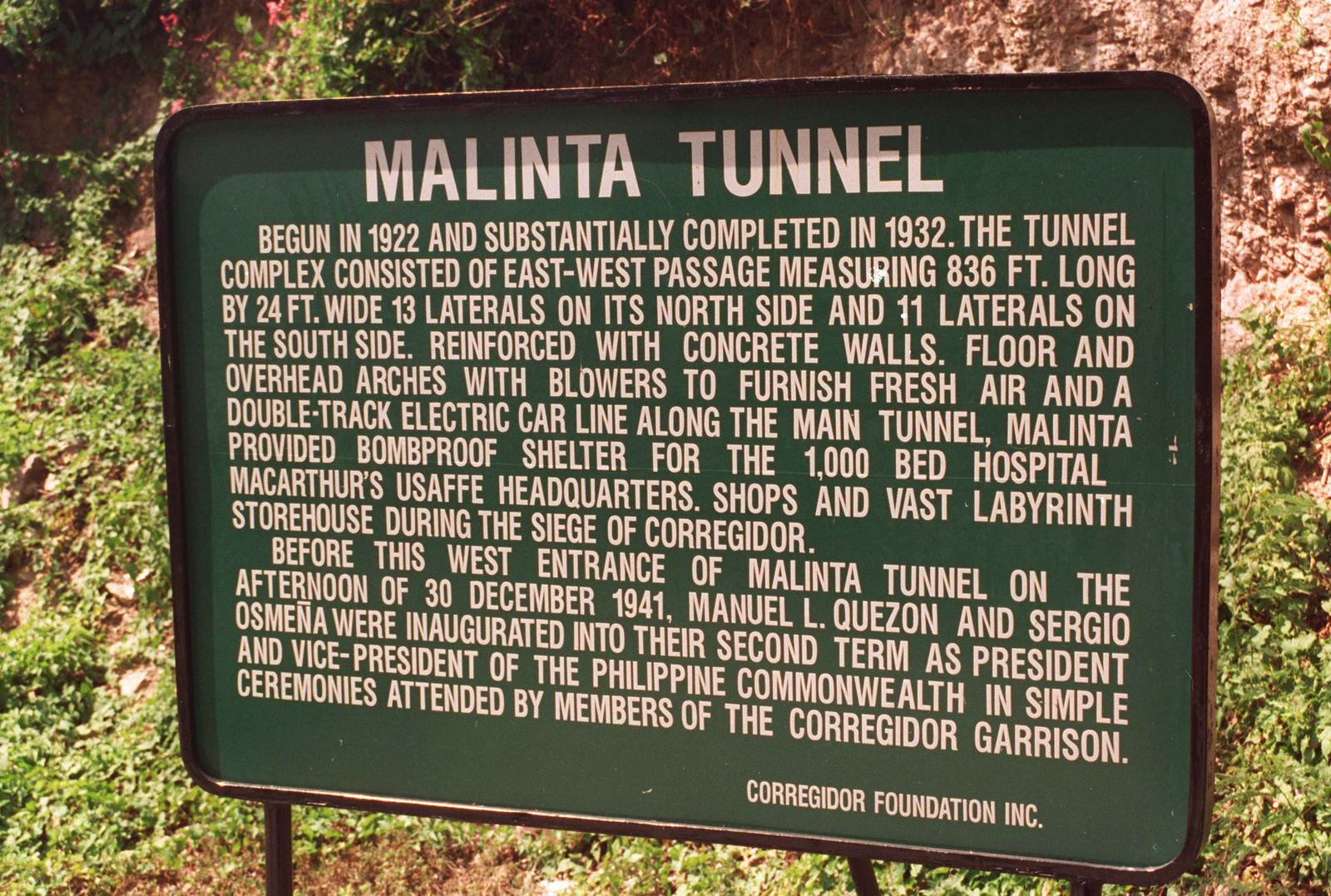 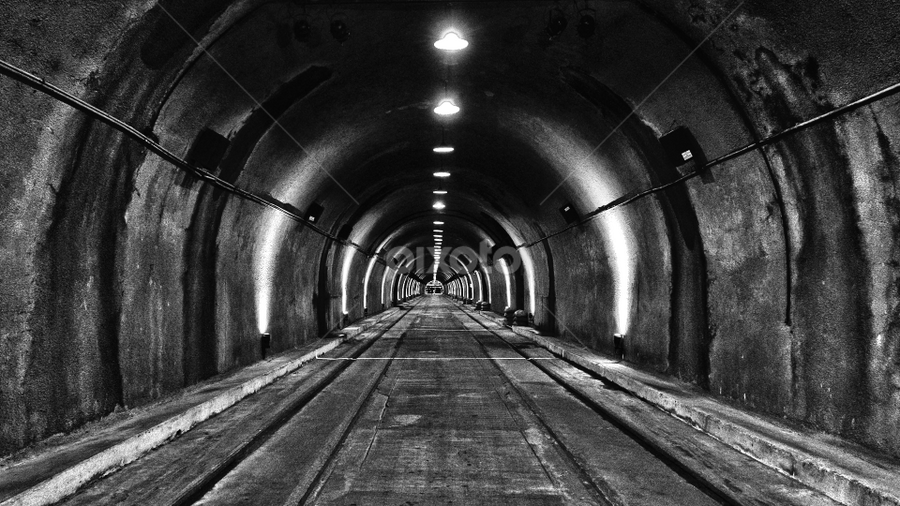 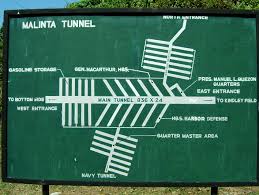 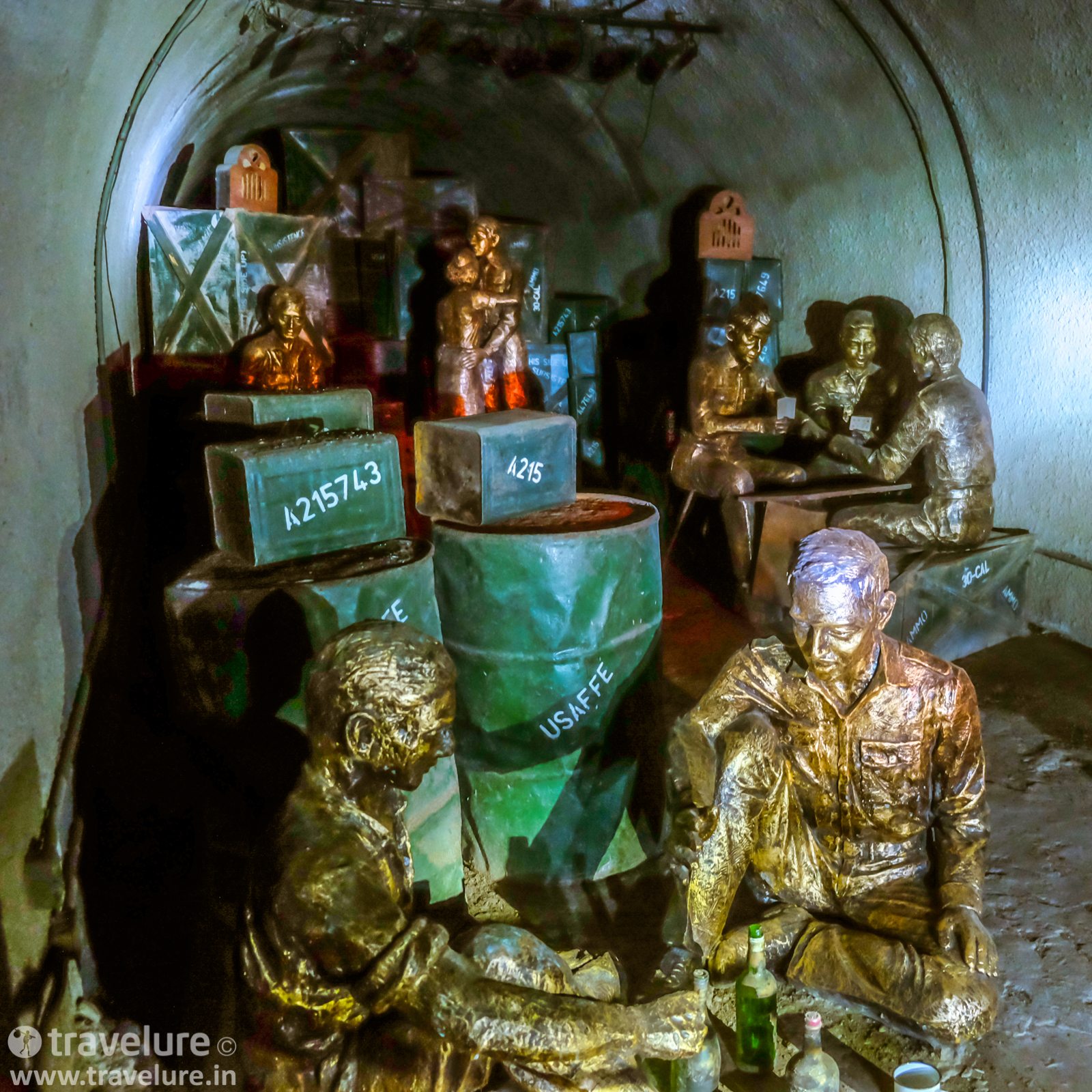