<< Back to The Charterhouse of Villeneuve-les-Avignon 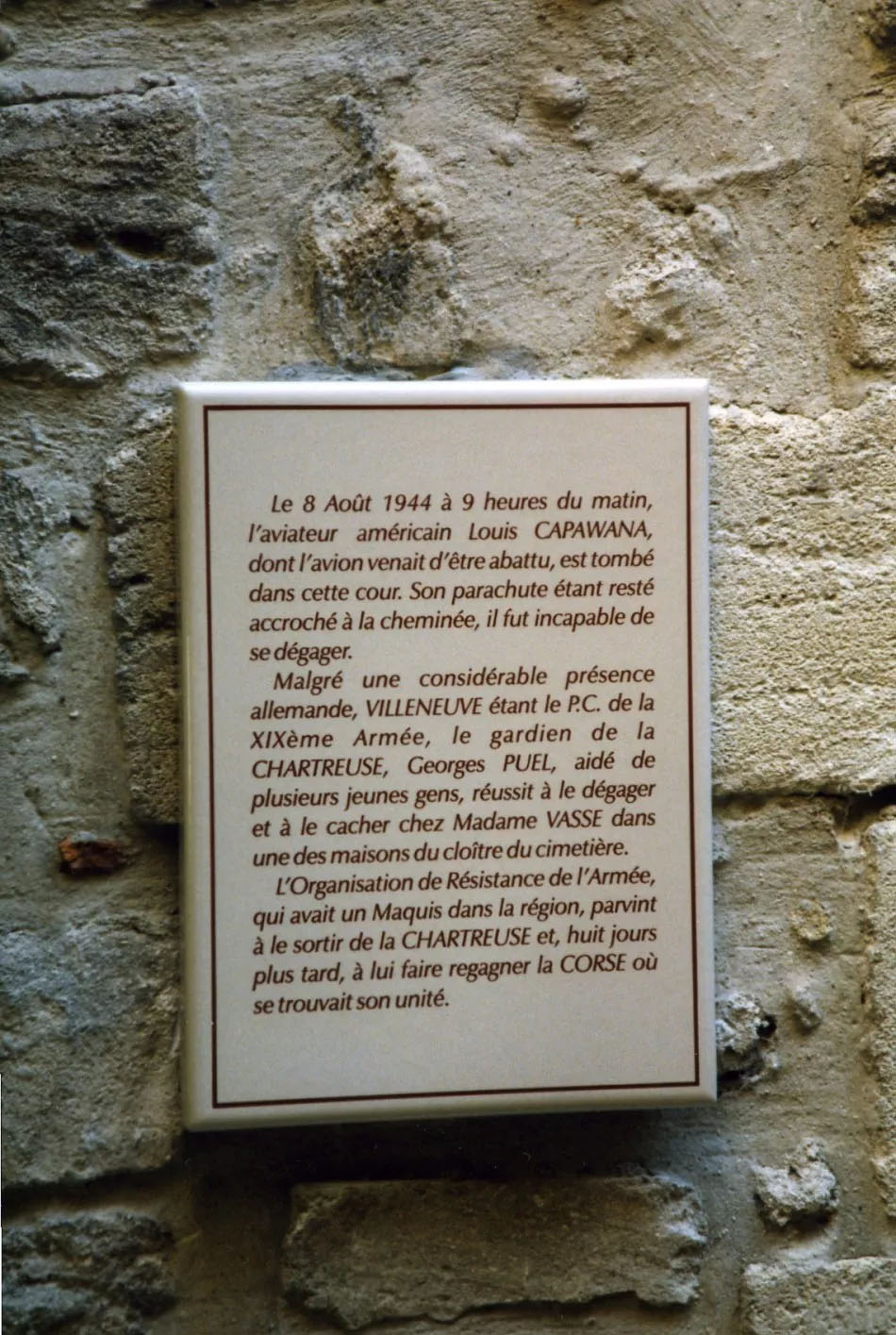 A rectangular plaque with a single line border containing an inscription written in French. The plaque tells the fate of Sgt Capawana when he landed in Villeneuve-les-Avignon during World War II.

On August 8, 1944, the "Mediums" of the 340th Bomber Group of the 12th AF bombed the railway and road bridges of Avignon (84), they were met by an intense Flak. The B-25-J serial 43-4013 "8F" was hit by two 88 mm shells, and was cut in two (MACR 7331). The pilot James C. Burrhus, his navigator Alvin H. Yellon and tail gunner James D. Reynolds were killed. The remaining three crew members manage to jump: Radioman J. F. Wheeler was taken prisoner when he hit the ground, while the bombardier R. S. Hirsh and L. J. Capawana, whose parachute was left hanging from a chimney in the Chartreuse of Villeneuve-lès-Avignon (30), were rescued by the population and taken into account by the Vigan-Braquet maquis. They returned to Solenzara on August 15. Fifty years later, Robert Silve, Brice Peired, and Jean Robin attended the reception of Hirsh by the former members of the Vigan-Braquet in the forest of Rochefort and then at the town hall of Rochefort du Gard (30).

Source of information and photo: www.aerosteles.net