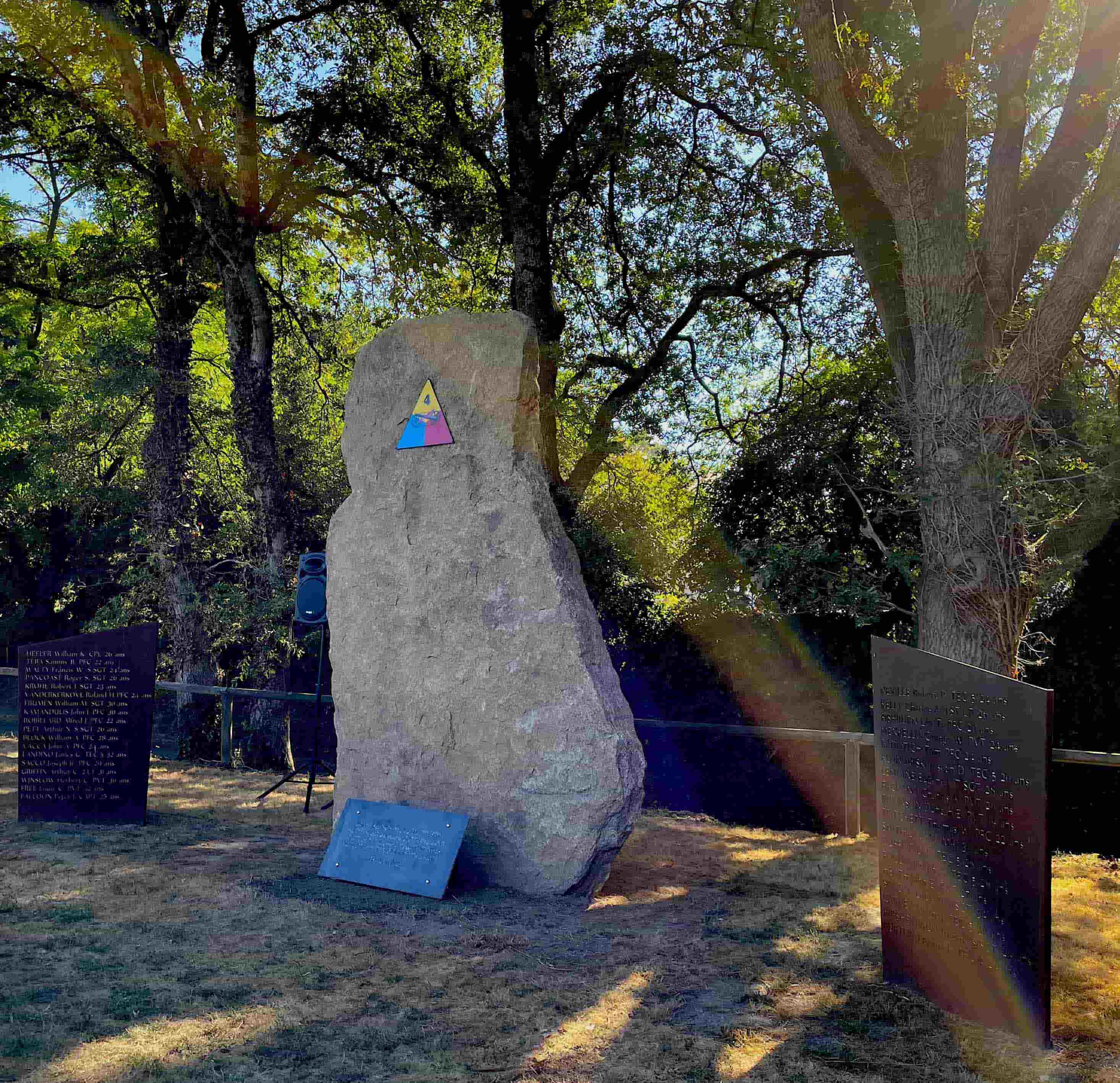 The center monument on the east side of the road.

A large, rough-hewn stone monument bearing the insignia of the 4th Armored Division. At the foot of the monument is a rectangular black plaque containing the commemoration message for the 36 American soldiers that were killed between August 7 to 9, 1944. The memorial was dedicated in August 2022 in a ceremony joined by the family and friends of the soldiers, the residents of Pont-Scorff, and the sponsors of the project.

On August 7, 1944, after liberating Pont-Scorff, soldiers of the 4th American Armored Division came under fire from German artillery. The same day, the German artillery of Moustoir-Flamm bombarded the field between Bivière and Ty Nenez, resulting in 20 American soldiers killed and 85 wounded, destroying 5 half-tracks, 6 jeeps, 2 trucks, and 2 armored cars, and damaging a score of other vehicles. The following days' fighting brought the number of dead to 36.

TO THE 36 SOLDIERS OF THE 4TH AMERICAN

DIVISION, WHO LOST THEIR LIVES

TO REGAIN OUR FREEDOM. 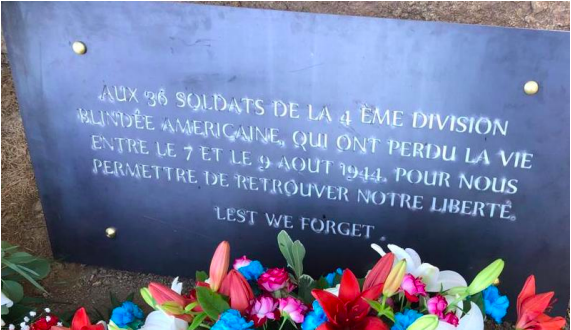