<< Back to Moyenmoutier - Communal Cemtery 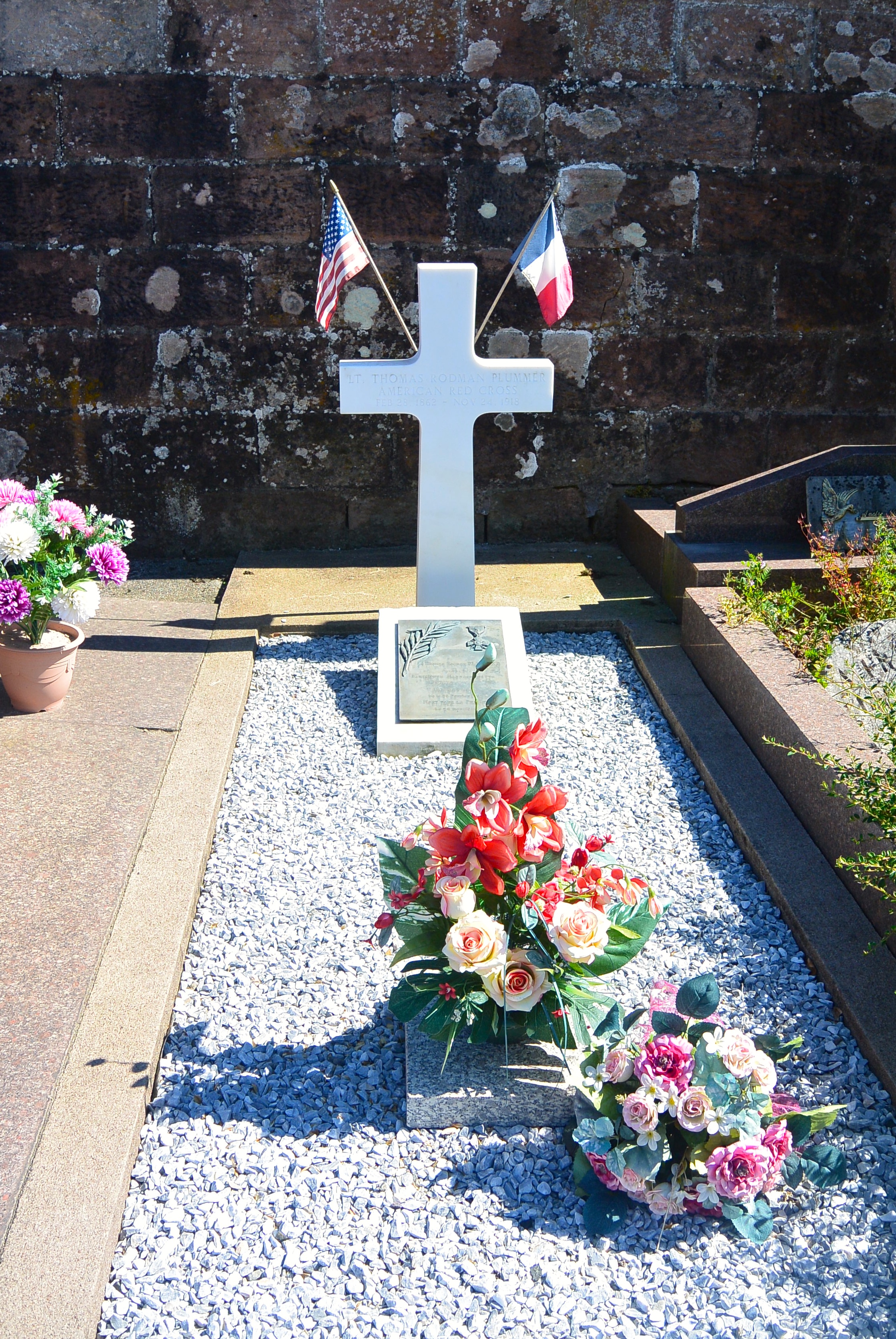 In the old section (Partie ancienne) of the cemetery. Isolated Burial

A standard white US cross grave marker and a brass inscribed plaque.
Thomas Plummer was from a distinguished whaling family from New Bedford, Massachusetts. He was born on February 28, 1862.  He served with the American Red Cross and managed the Franco-American Canteen located opposite the Moyenmoutier, France town hall (Mairie)] during World War 1. His citation reads that he was too old to serve on active duty, yet was promoted to the rank of lieutenant. He died at nearby Raon-l'Etape at the age of 56, on November 24, 1918. He was awarded the French Croix de Guerre for his service to France during the war.
Plummer's nephew, 2LT Charles Plummer was KIA while serving as an aerial observer with the 101st Infantry Regiment of the 26th Infantry Division.  He was killed along with the Pilot of his aircraft, 1LT Joel Hilliard McClendon, of the 88th Aero Squadron, near Fismes, France on August 11, 1918. 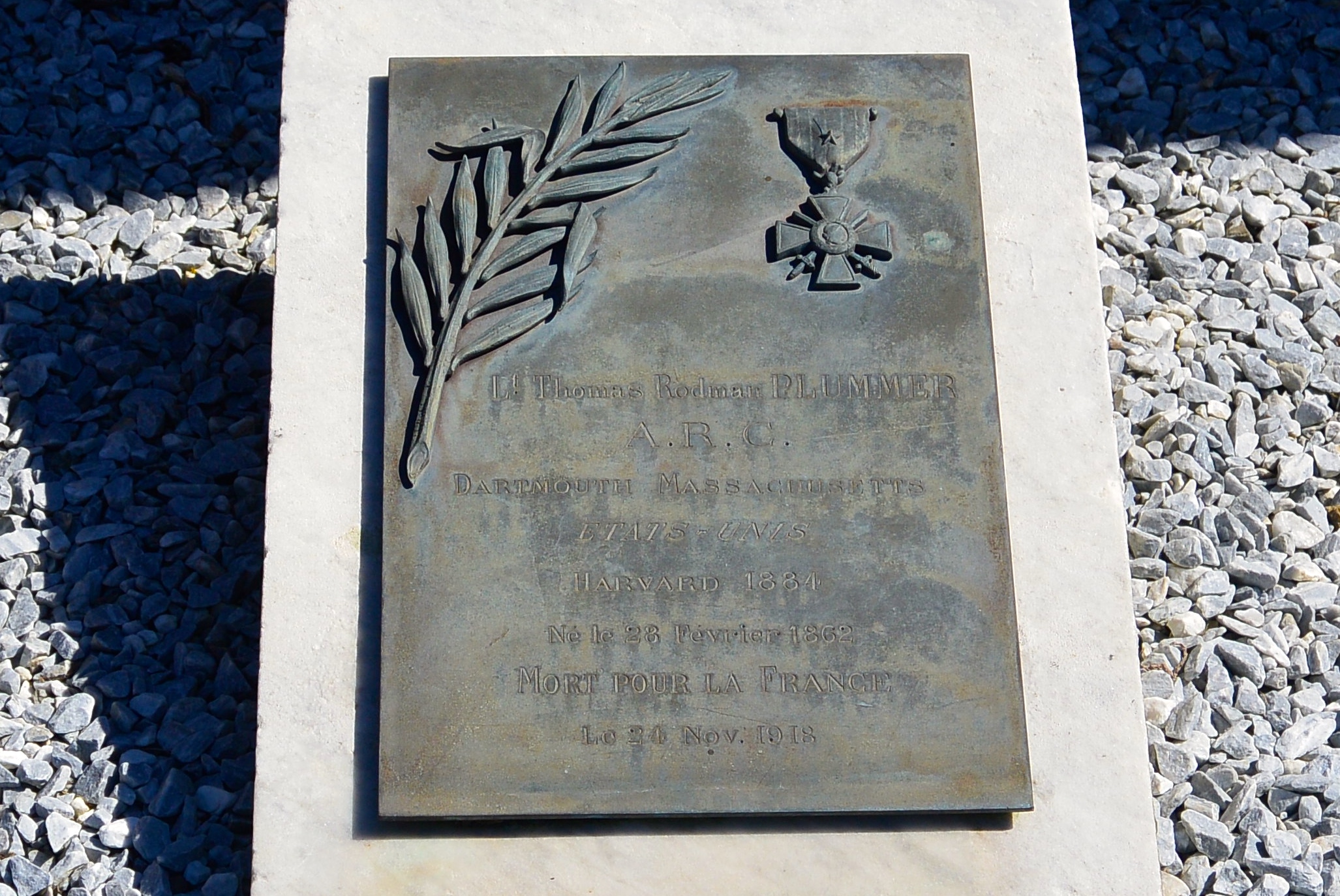