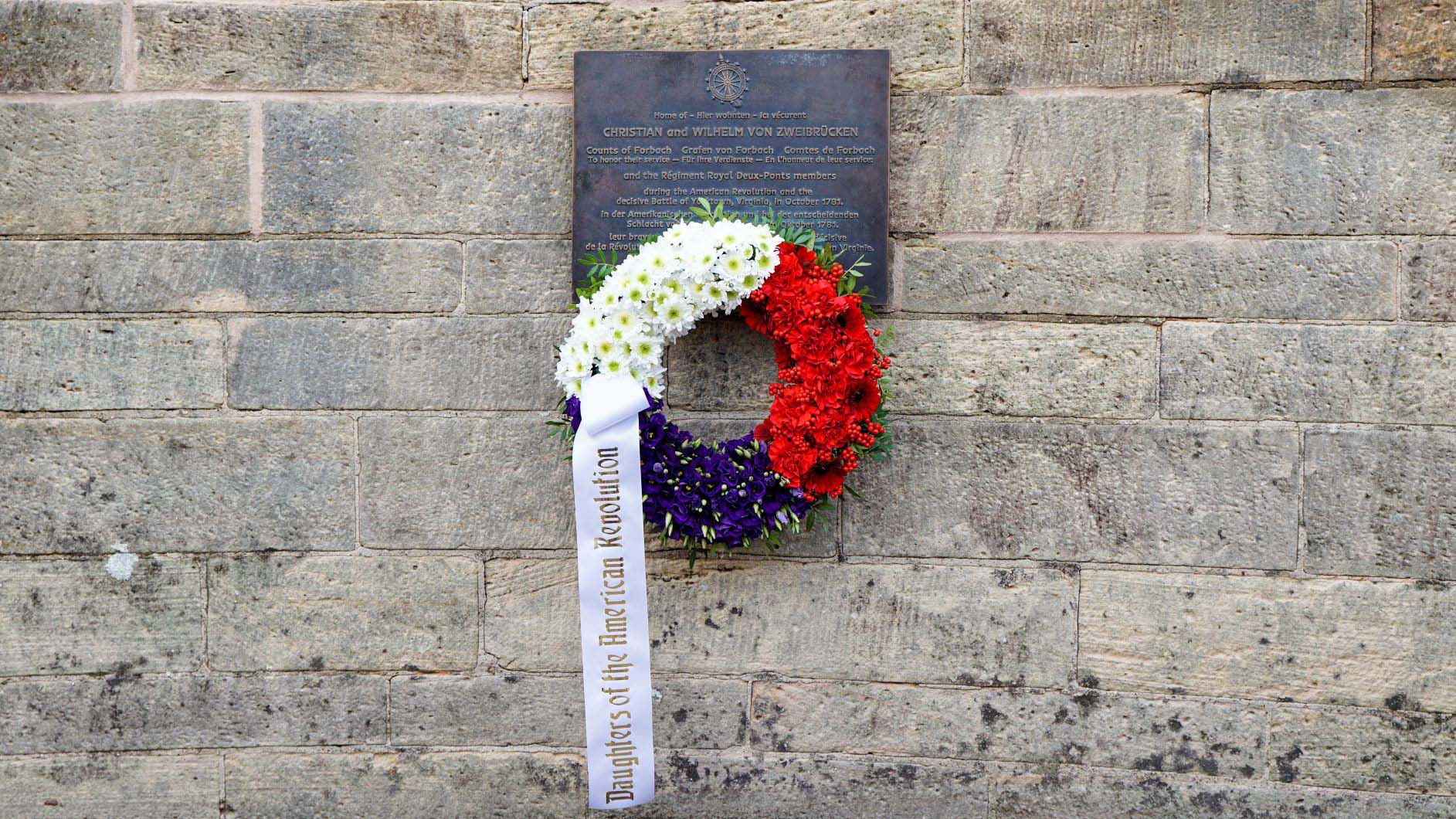 Mounted on the curved outside wall to the right of the entrance gate.

This French regiment, which was stationed in Zweibruecken, was raised and sponsored by Christian IV, father of Christian and Wilhelm. Members of the regiment came from the Palatinate and Saarland regions in Germany, as well as from Alsace and Lorraine in France:  truly a French-German regiment.

The regiment's great hour came on October 14, 1781, when it was necessary to force the English, who were numerically superior and entrenched in Yorktown, to surrender the town. Wilhelm von Forbach and his battalion led the attack on Yorktown's Redoubt 9 and, by storming it, played a major role in forcing the English to surrender five days later, on October 19. With their 29 dead, the regiment had made a significant contribution to ensuring that nothing stood in the way of American independence.

and the Régiment Royal Deux-Ponts members

during the American Revolution and the

This plaque is dedicated by the Palatinate Chapter 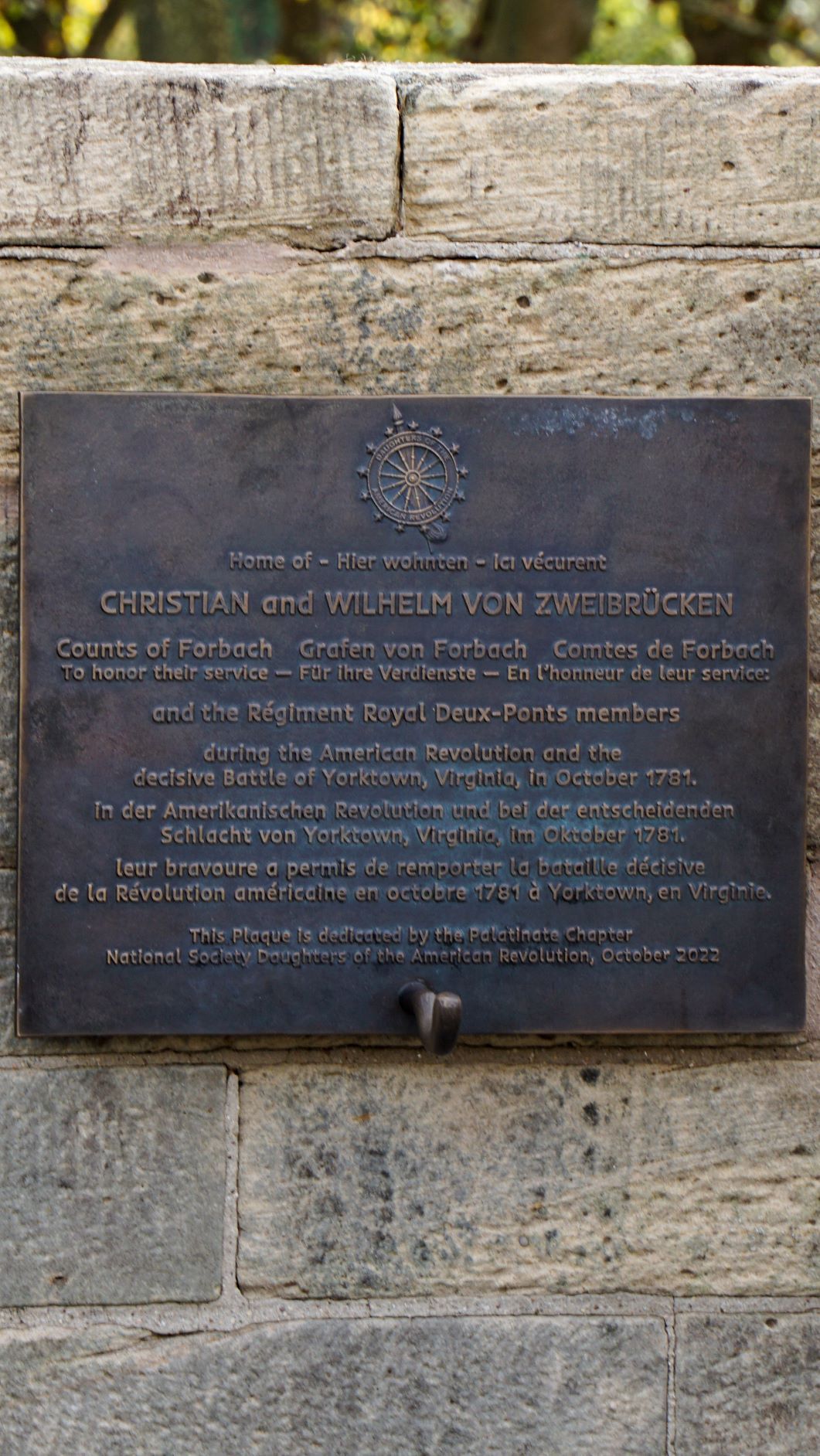