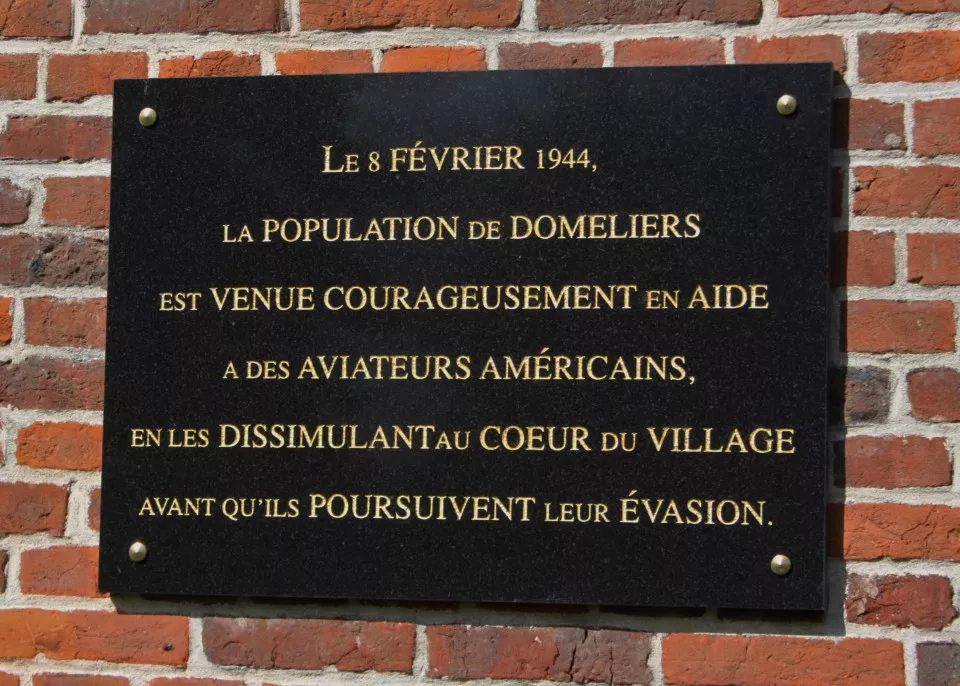 Mounted on the red brick wall of a small structure on the right side outside the church.

A rectangular black plaque inscribed with a message that is written in French in gold-leaf lettering. It tells that American airmen were helped by the people of Doméliers on February 8, 1944, by hiding them in the village, thus evading enemy capture. One of those who were helped by the townspeople was Lt Shevchik, the pilot of the B-17 #42-37984 that crashed in Catheux.

COURAGEOUSLY CAME TO THE AID

BY HIDING THEM IN THE HEART OF THE VILLAGE

BEFORE THEY CONTINUED THEIR ESCAPE.