<< Back to Utah Beach

Behind the Higgins boat.

A 7 ½” tall bronze Lone Sailor statue with a sea bag sculpture on his side, staged on a thick and large circular base. The statue serves as a reminder of the historic day the United States and her allies arrived from the sea to free the world from tyranny and repression, forging a lasting relationship with the people of St. Marie Du Mont, the first city to be liberated in France during WWII. It was dedicated on June 6, 2021. The first Lone Sailor statue, the work of sculptor Stanley Bleifeld, was dedicated in October 1987. The Navy Memorial's Statue City Program began in 1997 with the placement of a Lone Sailor statue at Recruit Training Command in Great Lakes, IL. The Lone Sailor in Utah Beach is the seventeenth.

In the predawn hours of June 6, 1944, the “frogmen” of the Naval Combat Demolition Units were the first Americans to set foot onto the shores of France as part of Operation NEPTUNE. It was the largest seaborne invasion in history and part of an overarching plan code-named Operation OVERLORD - the beginning of the end of WWII in Europe. These “frogmen”, the ancestors of today’s SEALs, came onto the beaches to dismantle and demolish mines and anti-ship barriers in preparation for the amphibious landing of the 1st Army Division. 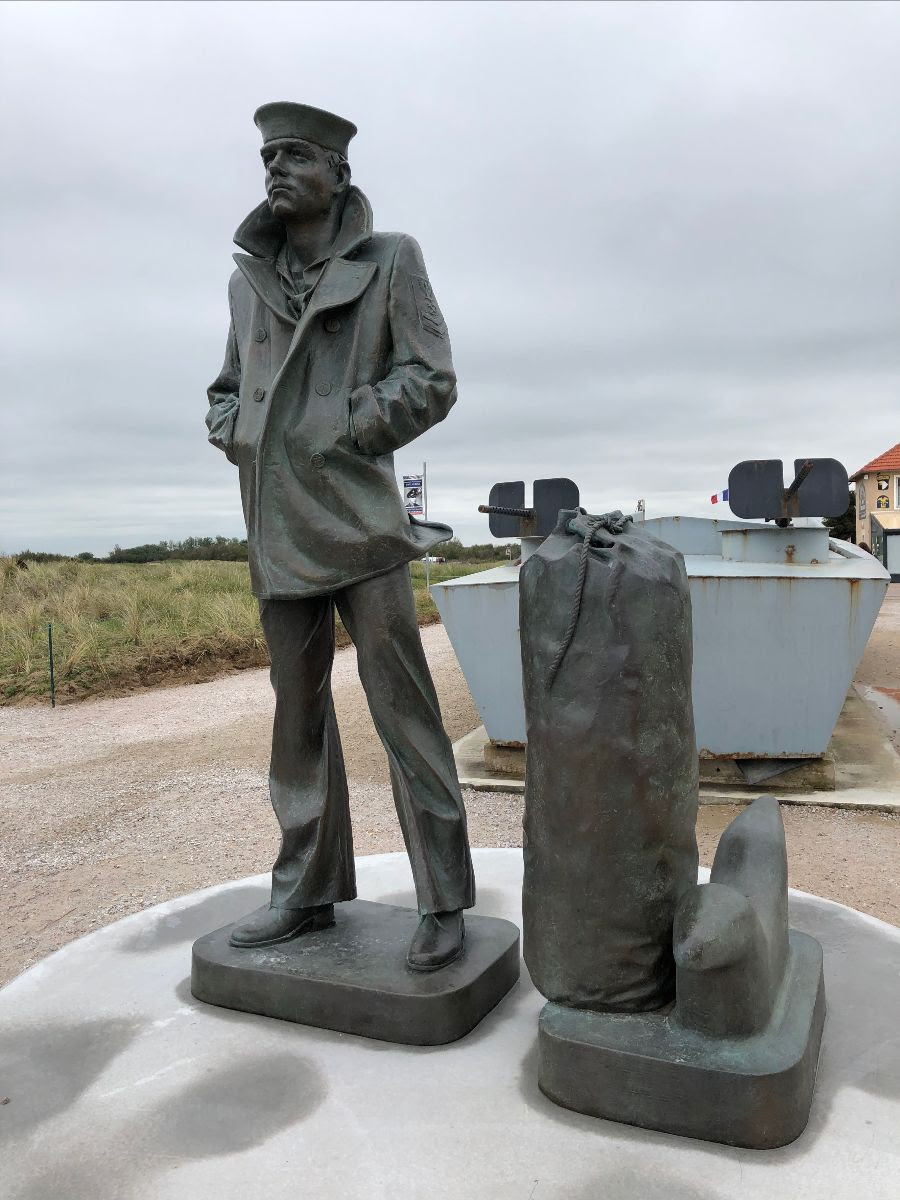