<< Back to Dun sur Meuse

The bridge is on the rue de l'Ile in the center of town. Commemorative Object A bridge across the Meuse River in the center of town, named the Pershing Memorial Bridge.  General Pershing characterized the crossing of the Meuse here on 4 and 5 November 1918 as one of the most brilliant military exploits by the US forces during the war.  The Society of the Fifth Division funded the conversion of the bridge to a memorial, dedicated on 4 July 1931.  The bridge was destroyed in 1918 and again in 1945, and both times the Society of the Fifth Division funded its renovation.
The bridge contains a bronze plaque on each side, one in French and one in English.

The Veterans of the 5th US division constructed this parapet to commemorate their crossing of the meuse and the establishment of bridgehead on the east bank by their division during the first world war. 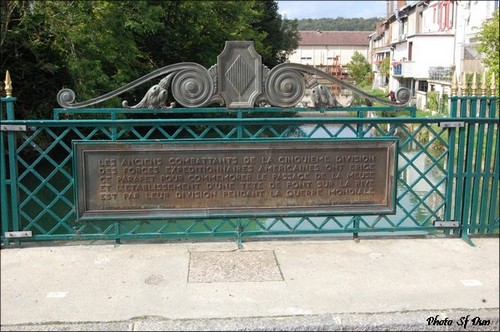 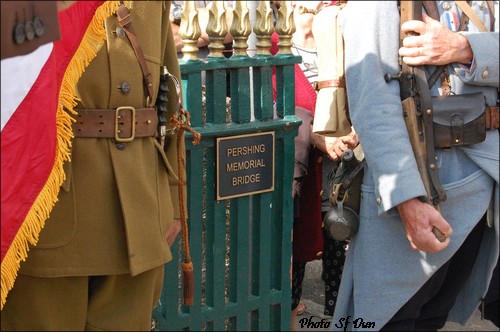 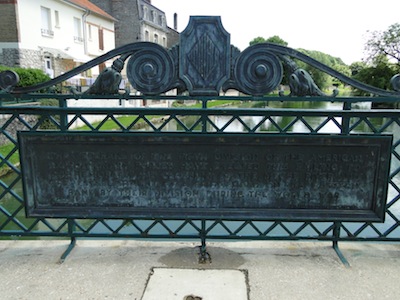